Courtney Barnett and Milk! Records to tour in March

The Australiana-obsessed rocker is bringing all her label mates to a pub near you. 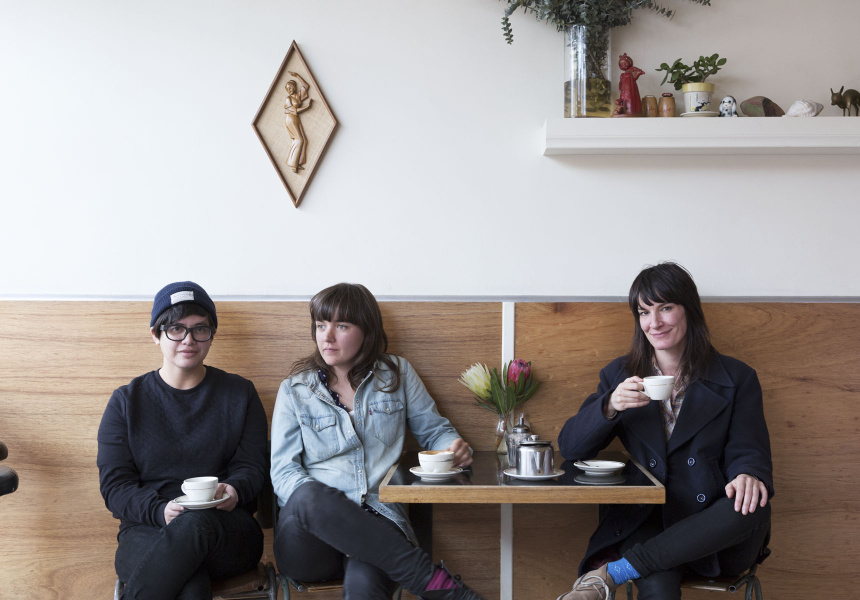 Fresh off her national tour with Cloud Control and yesterday’s twilight set at Taronga Zoo, Courtney Barnett has announced she’ll stay on the road. She will lead a national tour kicking off this March. Barnett, who landed four songs from her debut album Sometimes I sit and think, and sometimes I just sit in Triple J’s Hottest 100, will tour with acts from her Melbourne-based label, Milk! Records.

They’ll need a full-sized tour bus, though. The line-up includes Milk! co-founder Jen Cloher, Ouch My Face, East Brunswick All Girls Choir, The Finks and Fraser A. Gorman. But don’t turn up expecting Barnett to headline with six supporting acts. It’ll be less your standard concert, and more of a Milk! Records collaborative jam session.

The tour will support the label’s second compilation album, Good For You, which features Barnett’s ode to packet noodles. It will be released digitally on February 12 and on vinyl on Valentine’s Day.

Barnett and Co. will play all along the East Coast in major cities and regional areas.

Tickets will be available from February 1 from Milk! Record’s website. The full list of venues is below.