Ten years after calling it quits, one of the world’s best bands is back, and touring Australia. We spoke to drummer Janet Weiss. 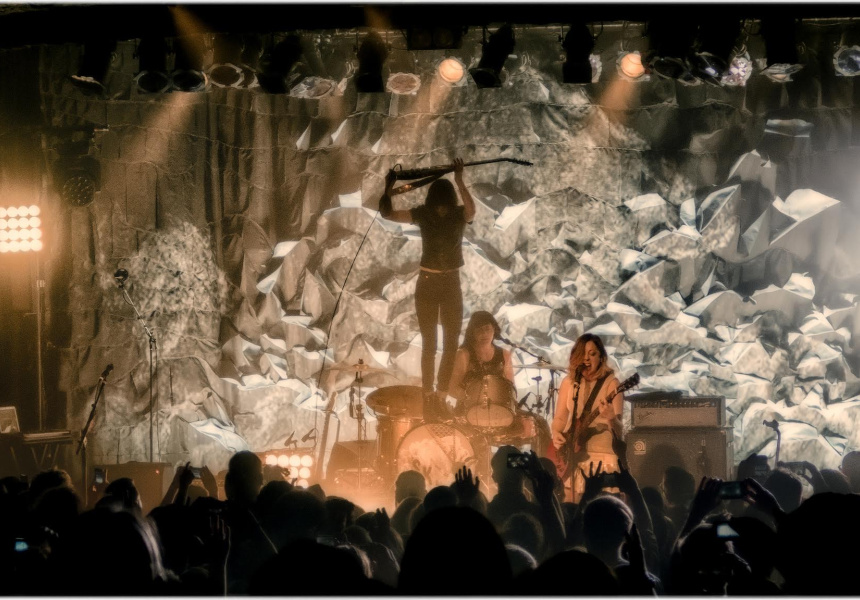 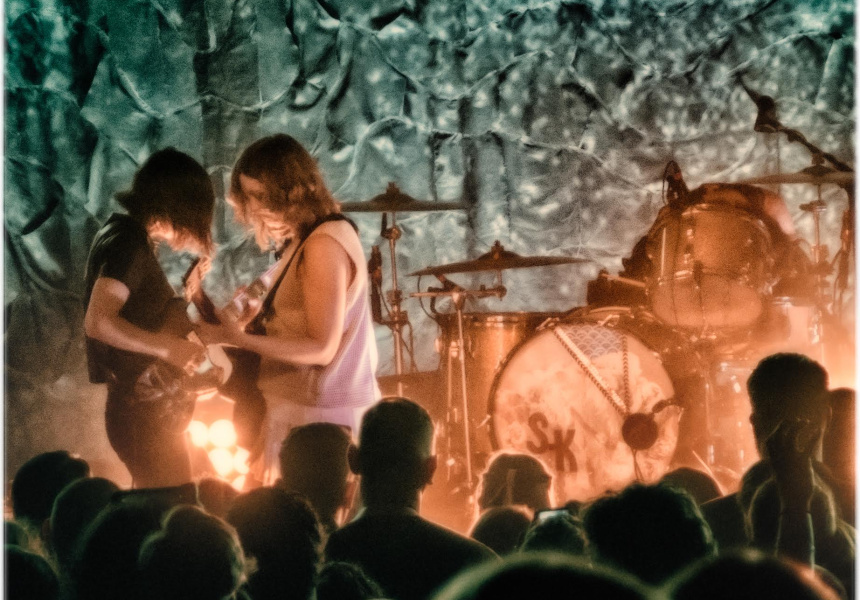 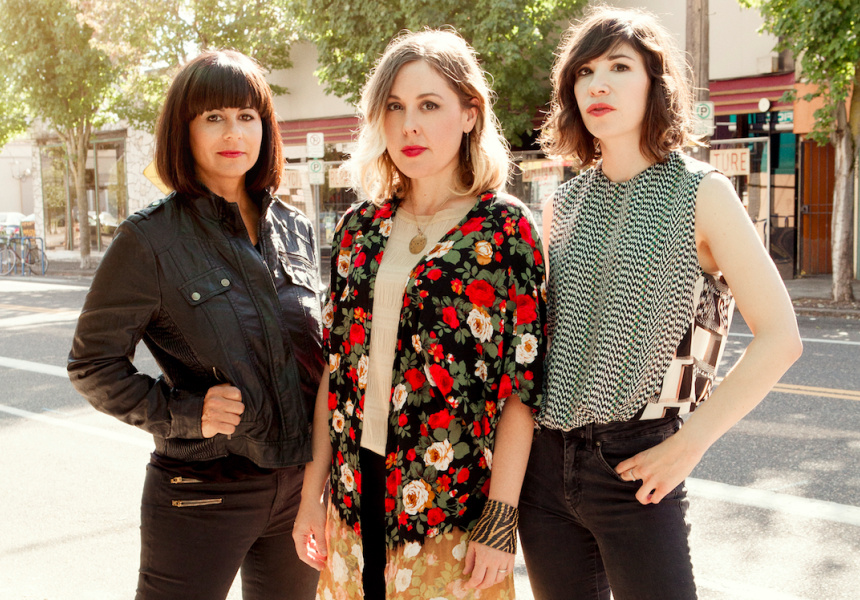 Once upon a time, liking music meant work. It wasn’t work – you didn’t dig holes by the side of the road or sit in an office – but if you thought of yourself as anything more than a casual fan, you had to be proactive. You sought out radio DJs who played what you liked, and waited for them to back-announce songs that caught your ear. You bought magazines, swapped tapes with friends, and you spent a lot of time in record stores.

If you were that sort of fan in the 1990s, then one of your rewards was discovering Sleater-Kinney.

Certain artists catch your attention because you can hear them caring, to an almost impossible degree, about music. They don’t want music in their lives – they need it. Of these bands (which should mean all bands), Sleater-Kinney is among the best. The members make no secret of what music means to them, and their heart-on-sleeve approach has inspired the respect and passion of a devoted following.

As recently as a year ago, Sleater-Kinney, in the minds of these fans, was gone for all money. After making and touring half a dozen records that managed to be both joyous and blazingly confrontational, the band released an album called The Woods, toured it, then called it a day.

The members didn’t disappear. All three have been involved in music, and Carrie Brownstein is now more well-known and seen than she’s ever been thanks to Portlandia. But in 2006 the band was exhausted, felt it had nothing more to say together, and that was that.

“We definitely were consciously trying to keep it a secret, especially at the beginning,” says drummer Weiss. “It was an experiment. We had to be sure we could come up with good material, and once it was coming together, we wanted to be free of any scrutiny.”

The experiment proved successful, and their enthusiasm for the resulting record made it hard to keep it secret. Brownstein and Tucker started telling “Kind of a lot of people,” Weiss says. “Luckily, those people didn’t tell anyone else.”

This meant hardcore fans got to learn the band existed again before anyone else. Start Together – the seven-LP box set of the band’s albums released last year – came with an unannounced 7” that contained Sleater-Kinney’s first new song in almost 10 years.

“The way it was unveiled was one of the real joys of the whole thing,” Weiss says smiling. “The weekend it came out was so enjoyable. Real fans got to find this mysterious thing. I was watching people react online, wondering what the songs were – is it an outtake? – seeing how excited they were, to share that with fans was really fun. They didn’t hear about it from this or that website, they got to find it for themselves.”

What they found was the song Bury Our Friends. Soon after the set was released, the band followed with, [No Cities To Love](, a new album as powerful and affirming as anything they’ve released, full of hooks that walk the line between pop catchiness and uncompromising muscle.

“For us, there is an intention with each record,” says Weiss, before explaining that the band is always prepared for the possibility its members might surprise themselves. “Before you go into the studio, you think; Let’s make a record that’s sparse, or that we can chop up and dissect,” she explains. “But then you get to the studio and play the song live and it just explodes and nobody wants to chop it up because it’s great.”

Speaking to Mother Jones last year, Brownstein inadvertently captured what sets Sleater-Kinney apart from so many other acts. “I think a lot of the intention of bands is to spread themselves out geographically and borrow from different cultures and different sounds, and to be eclectic,” she said. “And that's great in terms of dynamics, but it also tends to not have that torpedo and fire running through it.”

Anyone who’s heard the new record or seen Sleater-Kinney play will find nothing to disagree with in the use of those two words to describe them, or of the importance placed on intention. More than anything else, this band cares. It is invested. And when you see Sleater-Kinney play, you realise how much this makes the difference.

Of its live shows, Weiss feels the band is still “learning” the new songs, which sees it sticking closer to how they sound on record. “It’s because we didn’t play them at all before we recorded. Their personalities were already formed, we worked on them so much before we recorded, but the joy of playing them as they are is still there,” she says. “Older songs we stretch out on, add an intro or change a part to adapt them to our current lives.”

It’s possible this is what inspires so much devotion to this band. When a song means something to you, it can become part of your life. It’s a relief to discover the people who created it feel the same way. “I make a conscious effort to try not to stagnate, to try to stay interested and excited,” Weiss says. “I feel there’s just so much more to learn about drumming and musicianship and what I’m trying to say with my music.” When someone often cited as one of rock music’s best drummers talks like this, you know the music they’re making is going to matter.

Sleater-Kinney tour Australia in March. No Cities to Love is out now.