Its dramatic, intimate performance space – which holds just 120 people – has opened to the public, with a program of live music ranging from hip-hop acts to experimental musicians and singer-songwriters. 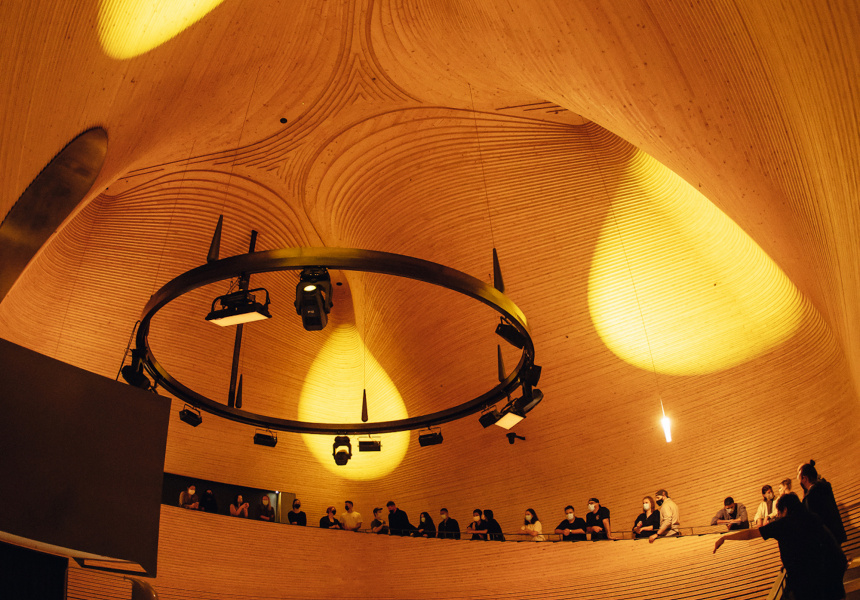 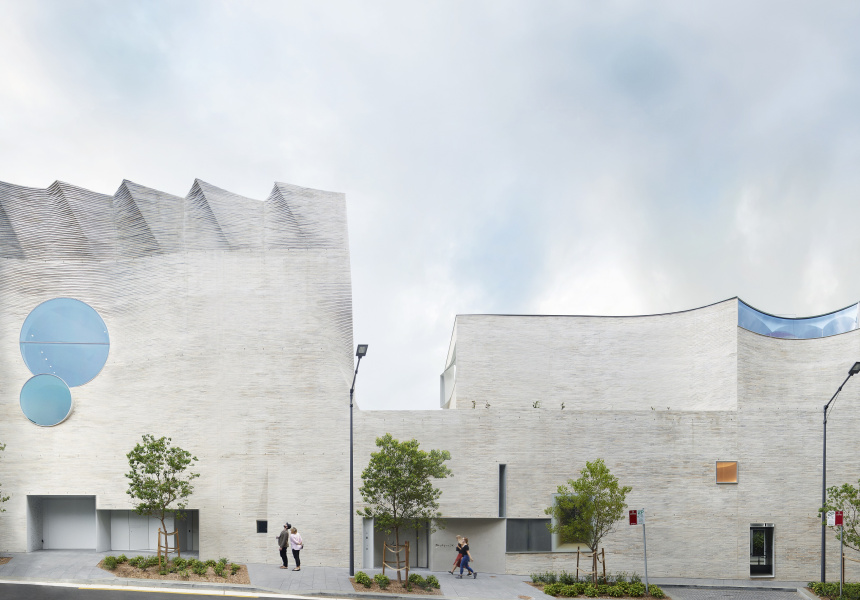 When it opened in 2020, Phoenix Central Park – a breathtakingly beautiful arts and performance hub in Chippendale – only had time for one performance before lockdown forced it to switch to digital-only content. Now, the landmark venue, owned by philanthropist Judith Neilson (who also owns nearby White Rabbit Gallery), has risen from the ashes of the global pandemic and is welcoming audiences back with a stellar line-up of live, free gigs for its fourth season.

“It’s a really exciting season,” creative director Beau Neilson (Judith’s daughter) tells Broadsheet. The program has a mix of artists, from classical piano and chamber music performers to raw vocalists and groovy hip-hop artists, singer-songwriters and experimental musicians. Expect to see a roll call of Australia’s most exciting and in-demand musicians, including singer-songwriter and caustic lyrical poet Sarah Mary Chadwick, DJ Morgan Wright, and orchestral and electronic artist Jonti. “All the performances are quite different. Some are still and contemplative while others are loud and rowdy,” Neilson explains.

Unlike standard seated venues, the performance space in Phoenix Central Park evokes an Elizabethan theatre. The action is in the round, so audiences and performers interact in new, interesting ways. The intimate, almost monastic space – like a giant beehive with its dramatic 10-metre-high timber-ribbed ceiling – winds down into a small circular stage area, which can be seen from multiple vantage points.

“The thing that really defines Phoenix Central Park and makes it so special is that it has a small capacity, with no more than 120 people, some seated, some standing. [The performance] is in the round so you can see the performers from all angles, which is very unusual. And vice versa for the performers themselves when they’re looking out to the audience. The way the stairs wrap around means they’re faced with a wall of people, which can be quite intimidating but also gives each performance a real sense of intimacy and connection,” says Neilson.

Like its sister venue White Rabbit Gallery, Phoenix Central Park is a completely philanthropic project. All the gigs are free, and tickets are released via a democratic ballot system.

“A lot of other music venues can only book artists according to how many tickets they can sell. It means they are not able to take risks like we are. I think it’s important to have all kinds of diverse offerings. Sydney needs things that are more accessible and more experimental,” says Neilson. “We want to encourage people to try different things. Whether you know the music or not, you’ll have a positive experience that will expand your mind, your knowledge of music and the local scene.”