A Boyhood on Film

We speak to actor Ellar Coltrane about Texas, teenagers and growing up on film in Richard Linklater’s Boyhood. 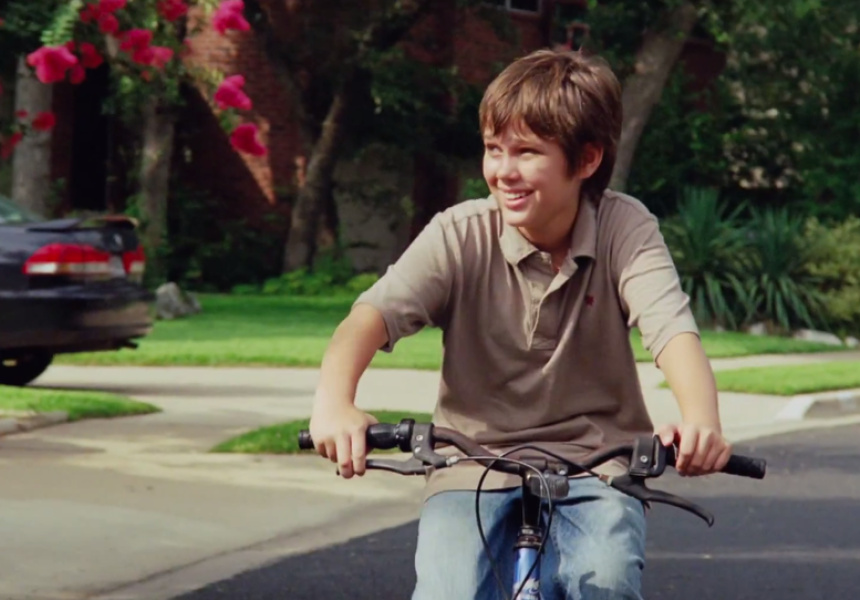 Ellar Coltrane’s parents have seen Boyhood several times, twice at the Berlin International Film Festival and at the film’s premiere at Sundance earlier this year. “They’re completely blown away by it,” says Coltrane. “It's not very often you get a portrait of your child's development.”

Shot intermittently over 12 years using the same actors, director Richard Linklater’s film follows the life of Mason Jr., played by Coltrane. Mason’s wayward father is played by Ethan Hawke and his stoic mother, Patricia Arquette. Mason Jr. is six when we first meet him. At the end of the film he’s an 18-year old ready for college. What happens in between these points is what makes Boyhood such a unique piece of work.

The film revels in the seemingly mundane – it’s the bits in between the major events of his life (car trips to a new school, playing video games with friends, and sitting in on his mother’s university lectures) that manoeuvre Mason through the hoops and obstacles of his Texan adolescence. Moving from school to school, Mason navigates bullies, his parents’ tattered relationship, experimentation with alcohol, teenage love and eventually heartbreak. An outing to a bowling alley. A birthday spent at Mason’s grandparents’ cabin. Scenes of an abusive stepfather. A classmate’s house party. In capturing all these moments, none of which are presented as more poignant than the next, Linklater has lovingly stitched together a home video of cinematic proportions.

Coltrane’s real life ran parallel to Mason’s unreal one, and elements of their characters blurred – though this is Linklater’s intent. “During the later years of high school, Mason’s character began to merge with me a lot more,” says Coltrane. He laughs when asked if he is as cynical as Mason is. “Rick [Linklater] claims that he was very much like that when he was younger and had a lot of girls say specifically that to him,” he says.

Every year from 2002 when the cast and crew reconvened, Linklater found Coltrane slightly matured and Hawke slightly greyed. The film also accumulated world events that in some way shaped the small Texan communities in which the story is set. Mason Sr. takes his two children to help in the Obama-Biden presidential campaign of 2008, hurriedly instructing his son to, “Grab the McCain flag” out of a neighbour’s yard. Mason Jr. masters first the iMac and later the iPhone.

The themes of the film, and the experiences of its characters, are much less ubiquitous than the American mythologies of male and familial social development which pepper it, though. “It's very middle America, rural America, which isn’t something that is necessarily explored in a lot of movies,” says Coltrane.

Boyhood’s ultimate success is not in capturing the essence of its subject matter, but in presenting a very personal vignette of a boy’s growing up, almost unfiltered.