With a third record on the horizon, an appearance at Laneway and its new studio under construction, Big Scary has a big 2016 in store. 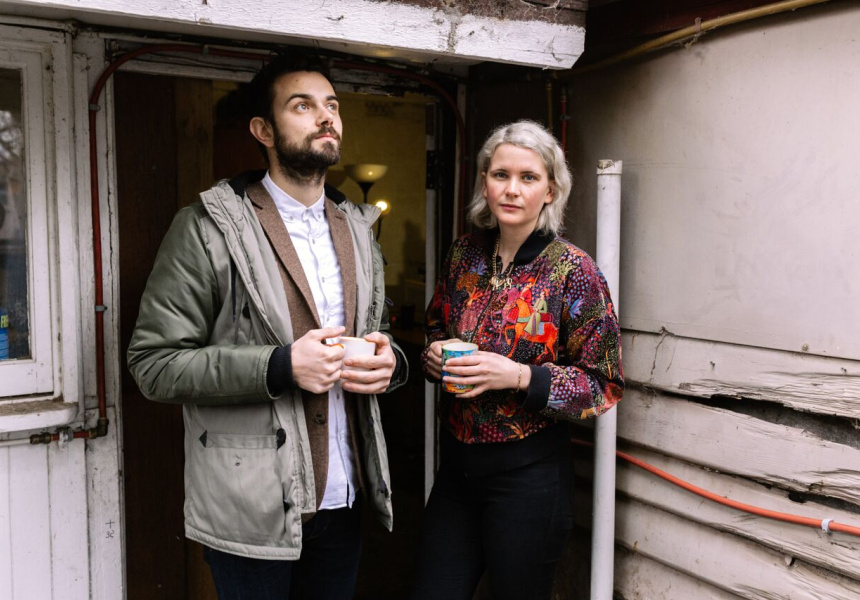 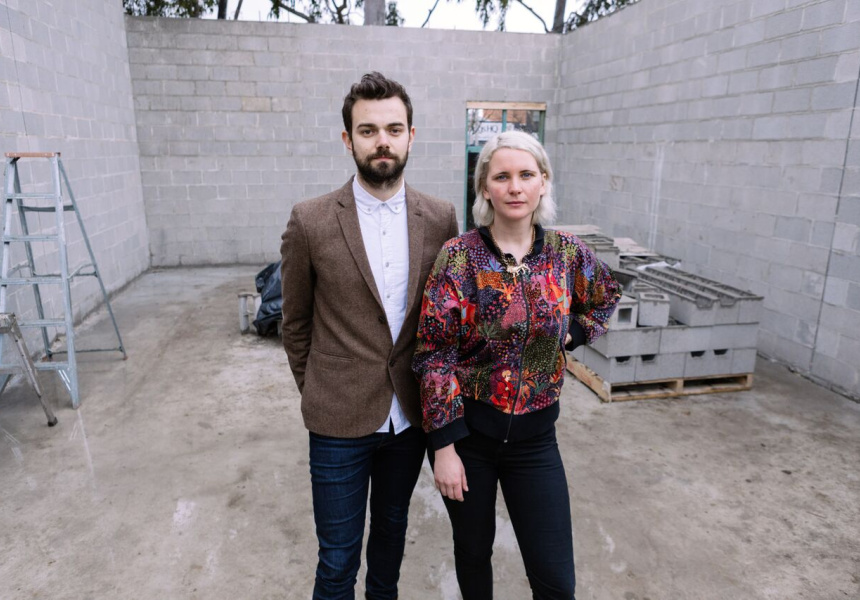 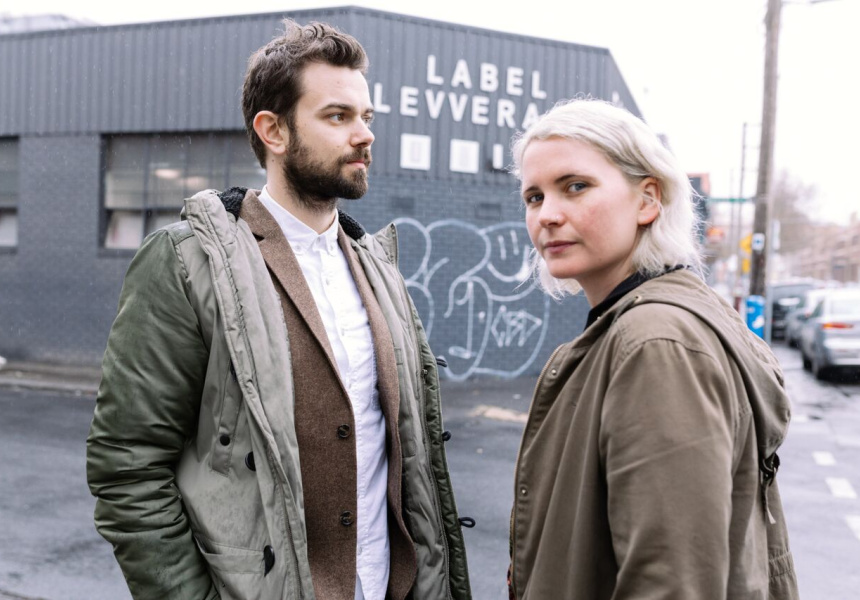 Since its 2013 sophomore record Not Art, Melbourne duo Big Scary has been working on multiple projects. While Tom Iansek still receives universal acclaim for #1 Dads, he and collaborator Jo Syme have been expanding their Pieater record label. The pair has just returned from a zigzagging tour of North America, where it unleashed its new Big Scary tracks. With her laid-back, familial warmth, Syme spoke to Broadsheet about the huge tour and her shiny new tracksuit.

“We rode this sweet van 6200 miles, all across the States and into Canada,” she says. “It was just really fun, classic bonding time. They’re really enthusiastic in the States; you’ll have people saying, ‘I drove three hours to see you!’ They’re really keen.”

Syme and Iansek gave North American fans a first glimpse of their new material. They’ve just finished mastering their third record (title to be announced), which marks a new sonic chapter for Big Scary. Syme explains that it’s a thematic departure from their previous synth-pop efforts.

The new track Organism has already been released. It is vaguely poppy, blaring a hypnotic and brooding groove. The track is accompanied by a masterful, single-shot video clip, directed by Iansek and Shaun Garland. In its bizarre climax, Syme can be seen drumming in a custom-made, fabulously gilded tracksuit.

“It was the tenth full take, but there were a lot of false starts,” Syme laughs. “I get to keep this ridiculous disco-ball tracksuit. It’s a good festival outfit, but I have to figure out how to make it comfortable. It drops its little glitter balls, so it’s not meant for the road.”

Syme also outlines a big studio upgrade. Soon she and Iansek will be move from their converted milk bar, to a setting where guitar leads are safe from hungry mice. “We’re building this new studio in Collingwood now,” Syme says. “It’s pretty huge. That’s going to be Pieater Headquarters — our record label.”

With a spot on Laneway Festival’s 2016 line-up, Big Scary will play alongside Flume, CHVRCHES, Grimes, Beach House and many, many more. Syme assures us the set will strike a balance between new tracks and beloved hits.

“There’ll still be room for new material. In the festival setting, it’s more fun when people know the song – it brings more energy to the full set. But we’re getting new players with us, so even the old stuff will have new parts and new energy.” Before Laneway Festival, Big Scary will be supporting Courtney Barnett on her European and UK tour.

“This will be our first trip to Europe as a band. It’s going to have huge, sold-out shows. Courtney and her band supported us on our album tour in Australia, we’ve been friends since then. It’s been awesome to see what’s happening for her. I was shameless and said: ‘We’ll be playing new music if you need a support act for Europe’.” Syme also outlines the team’s studio upgrade. Soon they’ll move from a converted-milk-bar studio to their new site, quaintly dubbed, Bell Bird.

Although there are scant details on their upcoming album, Syme says Big Scary’s new music is reflective of their independent process. “We went to the studio and recorded all the songs together, in full live takes,” he explains. “After that, Tom went away and just nutted away at it, adding little layers and things like that.” Keep your eyes and ears peeled for these new Big Scary tunes as they’re released in 2016.

Watch the video for Organism here and stay tuned for details on the upcoming album.