Spectacular footage from space, on a scale you’ve never seen before at IMAX. 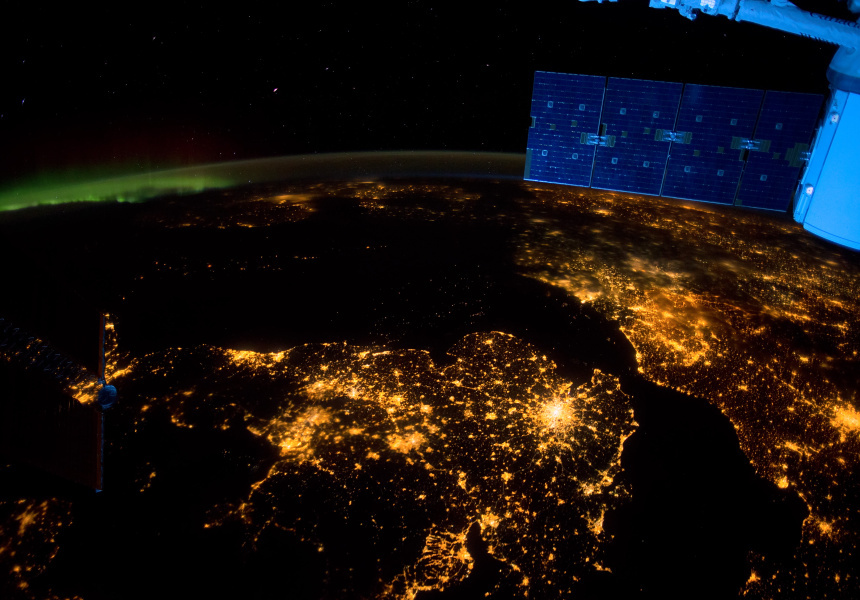 "Our Milky Way is just one amongst billions of galaxies in the universe.”

As you settle into your plush seat and adjust your 3D glasses, it’s a soothing narration by Jennifer Lawrence that introduces you to space.

“There are hundreds of billion of stars here,” she continues, as glowing-white specks race past your face. After gliding weightlessly through the cosmos, you come to a stop and gaze at one particular bright-orange star. “It’s the most special place in all the cosmos,” she says. “Orbiting this star is the only place we know, in all the universe, to harbour life.”

On Wednesday, IMAX3D, in cooperation with National Aeronautics and Space Administration (NASA), launched A Beautiful Planet at IMAX Darling Harbour. The 45-minute film takes you aboard the International Space Station orbiting Earth, revealing never-before-seen perspectives of our planet from space.

Visiting from Houston to launch the film in Sydney is retired NASA astronaut Marsha Ivins. Ivins worked on the film as the space operations consultant, providing training and direction to the astronauts filming from the Space Station.

“When I worked for NASA, I had the opportunity to be trained by Toni Myers (the director) and James Neilhouse (director of photography) to fly the film camera on three of my flights,” says Ivins.

“I could give the crew insights I’d learnt from doing it real-time myself, and they could also call on me to answer any specific questions they had,” Ivins says. “I spoke the same ‘space language’.”

Ivins’s consultancy, combined with groundbreaking technologies, has produced truly captivating footage of Earth and the effects humanity is having on it.

Some of the most spectacular scenes are shot at night. The lush green and blue landscape transforms into black and electric gold. Major cities such as Amsterdam, Rome, Florida and Cairo shine so brightly you can see how populated the planet really is. Traces of how we interact can even be seen. One of the astronauts on board explains:

“The most noticeable [country] border at night is between North and South Korea. Seoul in South Korea is one of the brightest, most vibrant cities on the planet – the whole of South Korean is lit up. Then there’s this line of the border and this complete darkness of North Korea with a few little white lights where Pyongyang is. But’s there’s similar number of people on both sides. You can really see the difference in how people live.”

As well as showing Earth from space, A Beautiful Planet is a look into life in space for astronauts. Growing lettuce in a neon-pink-lit box; drinking a morning espresso out of a cup at zero gravity; and air-locked cookies and a pouch of milk for Santa at Christmas will make you smile. Terrifying footage of a crew member scaling the outside of the space station, surrounded by space’s black abyss, will turn your stomach.

“It’s a gift to share that with people who are interested and curious,” says Ivins. “To see what it’s like for people in space right now, but also to see the way the planet looks and the way our footprint has not always been gentle.”

A Beautiful Planet is a call to action for the whole of humanity.

“Like it says in the movie, it’s our responsibility to take care of the only planet, right now, that we have,” says Ivins.