Can’t make Laneway this year? These sideshows have you covered. 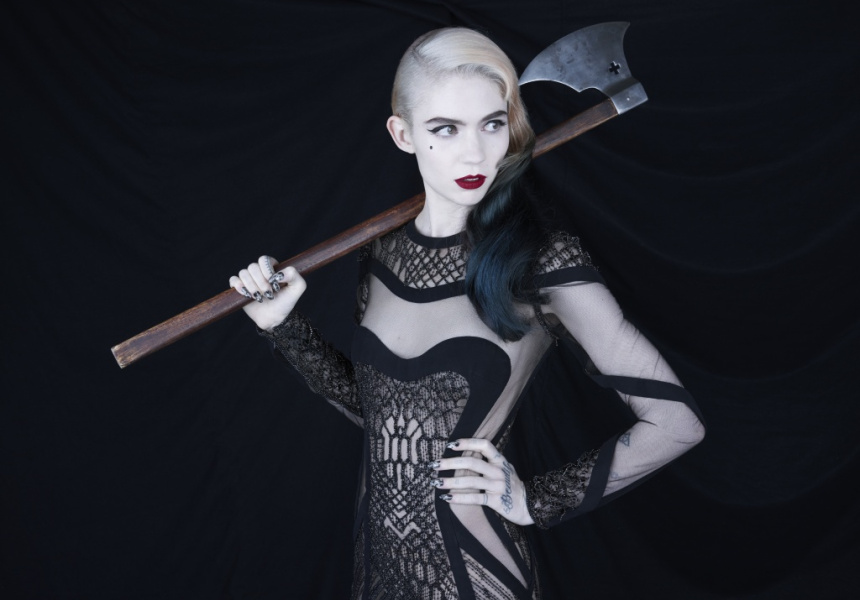 St Jerome’s Laneway Festival hits Melbourne on Saturday February 13. But not everyone can spend the day lounging by the banks of the Maribyrnong. Luckily, some of the best acts brought out by St Jerome’s are playing sideshows around the city. Here’s four bite-sized ways of hitting Laneway.

Shamir
youtube.com
Part of an exciting wave of queer hip-hop artists (see also Le1f, who played Sugar Mountain in January), Las Vegas-born, gender-non-specific rapper Shamir has a diverse range of influences – made obvious by initial attempts at country and punk. Debut album Ratchet veers from playful rapping on On the Regular and the torch-bearing soul of Darker, via patches of disco and house.

Vince Staples
youtube.com
Staples came to prominence with his 2014 EP Hell Can Wait, a dense, powerful 25 minutes of no-bullshit new-wave gangsta rap. He’s associated with Odd Future, a hip-hop collective from California, putting him a degree of separation away from Tyler the Creator, Frank Ocean and Earl Sweatshirt. He’s lyrically closest to someone like Kendrick Lamar – his debut album Summertime ’06 is just as narrative-driven, vibrant and unashamedly smart as anything of Lamar’s.

Beach House
youtube.com
American duo Victoria Legrand and Alex Scally craft an airy, breathy sound from little more than reverb-drenched guitar and smoldering, silvery vocals. The result is lofty and intimate dream-pop. The band has been a critical darling for a decade, not least for its masterpiece Teen Dream. Late last year it returned with two new albums of similarly dreamy brilliance.

Purity Ring
youtube.com
Canadian electronic-pop duo Megan James and Corin Roddick do more than blend ethereal vocals and synths. Their stage is a playground of interactive props triggered by the instruments, resulting in a hypnotic light show.

DIIV
youtube.com
Brooklyn-based band DIIV is making its Australian debut at Laneway Festival this year. Its songs walk the line between shoegaze and post-punk. DIIV is about to drop its sophomore album, Is The Is Are, on February 5.

Grimes
youtube.com
She’s outspoken about her love of Mariah Carey and Katy Perry, but her output has always been a lot more interesting than either. In its production and songwriting, her new album cuts deeper than ever before into top-40 territory, and the result is grimy, colourful, beautifully carved pop, rather than the electro-sketches on her previous album, Visions. Grimes' concert, unfortunately, has sold out, but Enmore Theatre have promised to release any last-minute tickets on their Facebook page, so keep an eye out.

St Jerome’s Laneway Festival is at the Sydney College of The Arts on Sunday February 7.