Bare Necessities’ Gigs to See, Music to Listen to in October

The collective on where they’ll be listening to music this month. 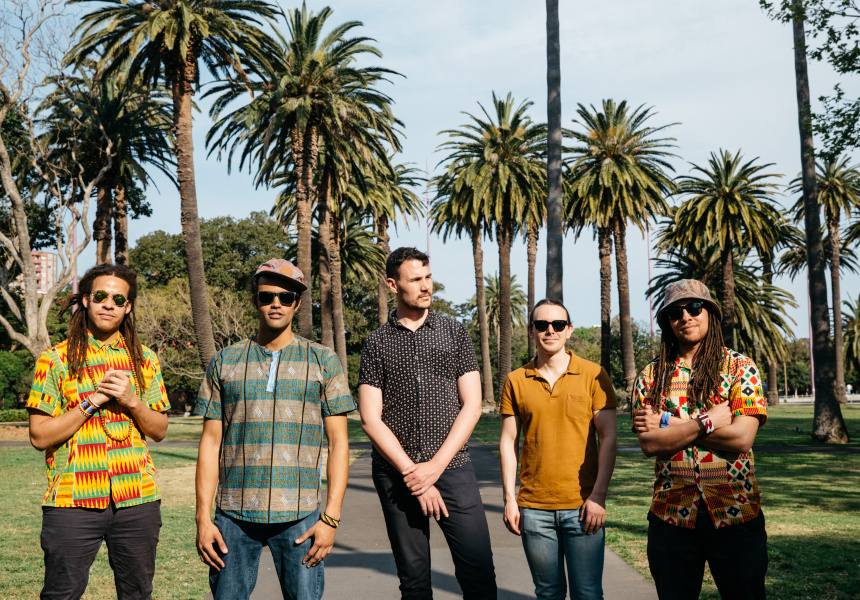 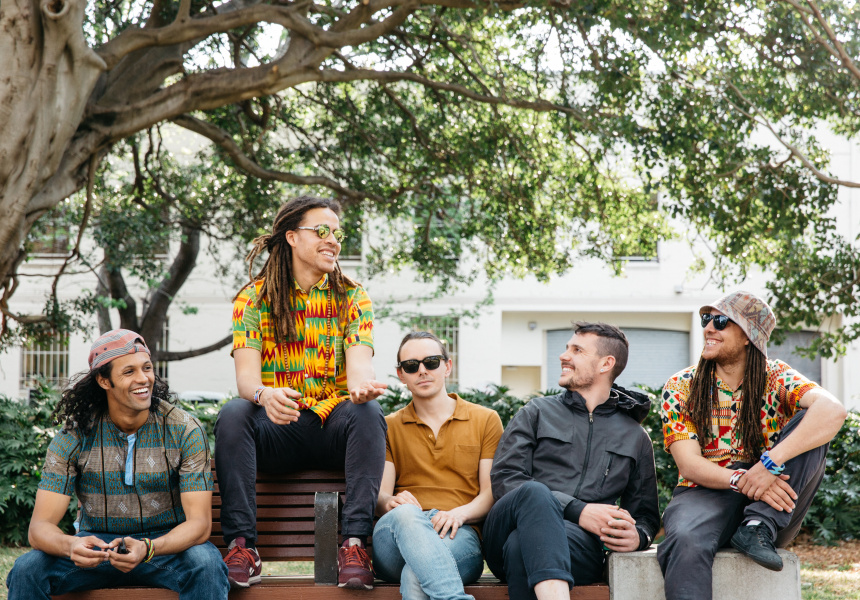 The vibes couldn’t be contained within the walls of the studio, though, and it wasn’t long before they were throwing rooftop parties and sending club dance floors into a frenzy with their brand of global bass. Bare Necessities is about more than just a party. In the words of the guys themselves:

“Bare Necessities is all about cross-pollination between cultures. From all corners of the globe, dance music brings people together. Our mission is to celebrate multicultural Sydney.”

With a musical resume spanning tours and festivals through Africa, Europe, South America and all over Australia, it’s no surprise the Bare Necessities collective are excited about sharing dance music from across the globe.

Afrobrasiliana – Late Night Jam
Line-up: OYOBI [LIVE] & Afrobrasiliana Soundsystem DJs.
Afrobrasiliana is a collective of DJs and record collectors focusing on tropical dance floor sounds from Africa, Latin America, the Caribbean and beyond. Starting out as a party founded by El Chino and Tom Studdy, it's now akin to a family with Astronafrica, Walking Fish, DJ JöN and Paris Groovescooter joining the crew after a string of successful sessions.

This gig will feature OYOBI, a four-piece live act that fuses the percussive madness of West Africa and Rio Carnival; the nightclub vibes of Lima and Bogota; Cuban street parties; and the electronic underground of Amsterdam and Berlin. Expect Afro-Latin roots, house, broken beat, psychadelia and soul all brought together in one transcendental musical experience. Featuring Vincent Sebastian (Watussi) on drum machines, congas, percussion; Adm Ventoura (Camino) on bass; Daniel Pliner (The Strides) on keys and synthesisers; plus special guest QVLN – Quetzal Guerrero on violin and vocals.

Link Up – Dancehall and Afrobeats
Line up: Dj Jonah, K-Note, Vuli.
This is at an amazing venue called Spring Street Social that has been putting on some seriously great nights. Featuring the legendary dancehall DJ K-Note, and the sort of rhythms that will make you get low to the ground and high to the sky.

The Mirror Mirror Ball presented by House of Ayebatonye
Ayebatonye has been putting on some really cool events in Sydney and she also put down a fire set at our last rooftop party! The Mirror Mirror Ball is an immersive and interactive experience where art, vogue, music and fashion collide. Through drag and gender-queer performances, art installations and more, Mirror Mirror explores the equivocality of the word “mirror” because seeing isn’t always believing!

Big Village Block Party
Line up: Mathas, Omar Musa, P Smurf, Rapaport.
The local Sydney record label is down the hip-hop and rap lane, and has been bubbling away with some of the country’s most incredible writers and rappers. Part of a massive Australia-wide tour, this one will be a block party for the ages! October 21, 8pm to 11pm at Oxford Art Factory. More information here.

Kking Kong – Damaia
This song is a style called kuduro (roughly translated to “hard ass”) which is an infectious sound that has been steadily gathering steam and has found a big following in Portugal and now across the globe. We were lucky enough to go to a few kuduro nights while we were on tour with True Vibenation in Portugal last year and the vibes were off the chain!

Crooked Letter – Heretics
soundcloud.com
This tune is a really dope and original mix of hip-hop and Afrobeats. Written AND produced by Crooked Letter… keep an eye on this guy! Plus, he’s originally out of Macquarie Fields, which is a big plus from us.

Jah9 – Avocado
How great it is that someone finally decided to celebrate this wholefood, it reminds of a really good time.

J Hus – Did You See (The Busy Twist Remix)
soundcloud.com
One of the biggest Afrobeat tunes out of London in recent times cops an upbeat remix from one of our favourites, The Busy Twist. On a recent visit to London, the original version of this tune was absolutely everywhere, banging out of every second car that went past (which would usually be a bad thing IMO!) and it was quite probably the most played tune at Notting Hill Carnival this year.

Symbiz – Fuego
This is from the legendary Enchufada label release out of Portugal, Uppercuts Volume V. The cultural mash-up of styles and the infectious danceability is almost irresistible.

Luzmila Carpio – Tarpuricusum Sarata (Captain Planet Remix)
At Bare Necessities, we are passionate about the incredible banquet of cultures that we can now hear music from, and this song is no exception. From the series of remixes from Bolivian singer Luzmila Carpio, and the dance music production capabilities of New York-based Captain Planet (GO PLANET!) this song illustrates the mix of traditional styles and modern sonic landscapes working together to carry forward and evolve their music into 2017 and beyond.

Lunice – Mazerati
spotify.com/track
Lunice’s new album, which just dropped, is pretty tight, but my favourite at the moment is this tune. There’s something about it that makes you feel like a pimp in a smoky club. It’s a vibe.