LA songbird BANKS explains why putting her heart on the line results in great music. 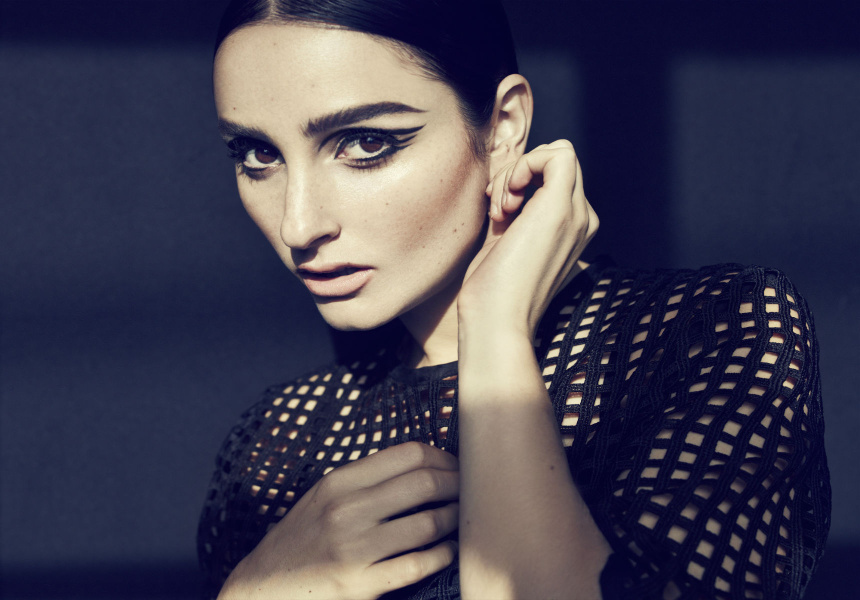 Goddess dropped in August 2014 following the two EPs (Fall Over and London) that first put Jillian Banks on the map. “There was definitely an energy shift after my album came out,” she says of her debut release, which sold 25,000 copies in its first week. Relatively new the stage, the 26-year-old with a deep trembling voice is signed to LA record label IAMSOUND and she's already rolling with the unabashed big guys (a tour with The Weeknd well before her album came out included). With Australia - and Singapore - up next, BANKS will play all six Laneway stages around Australia.

“My music is like water, it’s very fluid,” says Banks, who teamed up with several producers to realise the 14 self-reflective songs on Goddess. “When I work with Lil Silva [he makes the] beats while I think of the melody and lyrics and then they come together at the same time. When I work with Tim Anderson, we focus more on the song before the production comes into play,” she says. “But sometimes it’s about layering your vocals as a haunting chant and then that becomes a track.”

Brains, a song about someone trying to fit in, was produced by True Panther Sounds’ electronic prodigy Shlohmo. “You feel like you are a tribe in the studio,” says Banks about working with different producers. “Like you are with your tribe, people who communicate the same way you do.”

High highs and low lows are thematic in Banks’ eerie electronic world – the emotions innate to us all, although this particular human happens to keep intimate records of them. “I write when I’m highly emotional and when you are highly emotional it hurts sometimes. So my music comes out like that,” she says. “Music really nourishes my whole body. It’s how I function; it is like a form of meditation to me.”

“I was fucked up before I wrote Someone New,” says Banks. “My heart was bleeding. And then I went in the studio and I felt like I could breath after I wrote that song,” she says. “Nothing had change in real life but my brain had changed because I had written [it down].”

According to the slender brunette, usually dressed in black Helmut Lang, genre in a musical sense doesn’t exist. “My brain is my own genre,” she says. “Some songs need to feel really bare and stripped back. Some songs need an atmosphere that is heavier, like Stick, Goddess or Waiting Game. Whatever the soul of the song is about, it leads you to what it needs production wise.”

Artists such as BANKS really don’t view the public exposition of their deeply personal work as ballsy, nor as a demonstration of self-worth. It feels like a rite of passage, rather. “It’s a fragile thing to give something that is 100 per cent you to your purest, most vulnerable form because anybody can say anything,” she says. “But when I am on stage and people are singing my lyrics and I can feel that they feel it by how they move; there is nothing better than that.”

As it turns out, her work is ideal for electronic producers to fiddle with for remix use. The Bag Raiders’ recreation of Beggin for Thread redistributes lyrics along an uncanny dance beat. “It’s really fun to hear different versions of a song that you made maybe feeling a certain way, and then they bring life to it in a new way,” says Banks. “I love it.”

Banks joins a sweet billing on her Laneway sojourn. It includes Caribou, FKA Twigs, Flying Lotus, Highasakite, Little Dragon, Flight Facilities, Seekae and St. Vincent. “When I think of Australia, I think of bright colours and I am excited. I’m excited to feel the energy of the crowd. Every crowd is different and I am just excited to play.”

BANKS will play at Laneway Festival in Melbourne on January 31 and in Sydney on February 1.