Bangarra Dance Theatre is celebrating its 25th anniversary with a gift to Sydney: its first free outdoor show on the Sydney Opera House forecourt. 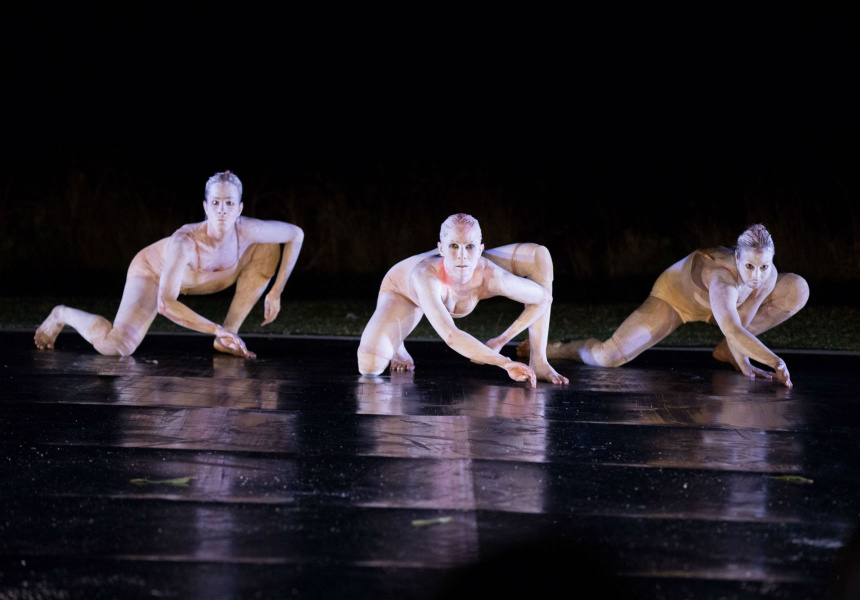 Stephen Page’s life often flits between the sublime and the ridiculous, and the past week was no exception.

Page and the company he has directed since 1991, Bangarra Dance Theatre, have just spent nine weeks on the road visiting regional and remote communities in Australia to reconnect with their indigenous roots and the people whose stories and culture are so intrinsic to the extraordinary productions Bangarra performs.

But last weekend he and his dancers found themselves face-to-face with President Barack Obama when Bangarra was asked to perform before the world’s leaders at the G20 Leaders’ Summit in Brisbane.

“Barack Obama was right there in the front row, leaning forward in his chair and he was just so engaged,” Page says.

Page and his 14 dancers are now preparing for another exciting event on this year’s cultural calendar – Bangarra’s first free outdoor show on the forecourt of the Sydney Opera House.

The show is a celebration of the company’s 25-year history, so it is appropriate it begins with special guest Djakapurra Munyarryun, the wonderful artist and didgeridoo player from north-east Arnhem Land, who captured the nation’s heart in the opening sequence of the Sydney Olympic Games opening ceremony.

Emceed by actress Deborah Mailman, the production includes performances by Bangarra’s mentees the NSW Public Aboriginal Dance School, who’ll perform with Christine Anu in celebration of the 20th year since her Stylin Up album was released, on which was the breakaway hit, My Island Home. Students of Bangara’s education arm, Rekindling will perform a piece by Bangarra’s resident choreographer and former dancer, Frances Rings.

The Bangarra dancers themselves will take to the stage at dusk, performing excerpts from some of the most memorable productions in its 25-year history: Ochres, Kinship, Belong and Walkabout, the production that marked the final solo from Page’s brother Russell Page, who died tragically in 2002.

“It’s going to be really intimate. We’ll get some eucalyptus smoke around the beautiful Djakapurra Munyarryun and have a stage that’s just one step up from the ground, so we can create a space like you would have in the Drama Theatre,” Page says. “It’s not Crowded House, it’s not the opera, it’s different and hopefully we can create that theatrical essence.”

The show is the culmination of the year’s celebrations which have included a successful tour of Page’s Patyegarang, which explored the connection between Lieutenant William Dawes and young Eora woman, Patyegarang.

Bangarra’s show is part of the second annual Corroboree Sydney festival, Sydney’s indigenous cultural festival which starts on Friday with more than 100 events showcasing indigenous writers, musicians, dancers and artists in association with some of the city’s top arts institutions.

Highlights include Page 8, composer and performer David Page’s witty and entertaining autobiographical show about growing up as one of the eight Page siblings; a Sydney Harbour cruise aboard Tribal Warrior; workshops and markets; The Rocks’ Dreaming Aboriginal heritage tour and the Catch ‘n’ Cook Aboriginal fishing experience. Tsuru food truck, Veggie Patch Van and Bite Sized Delights food trucks will all be serving up food.