After starring beside Kate Winslet and Helen Mirren, Sarah Snook returns to Sydney to play one of history’s most courageous women. 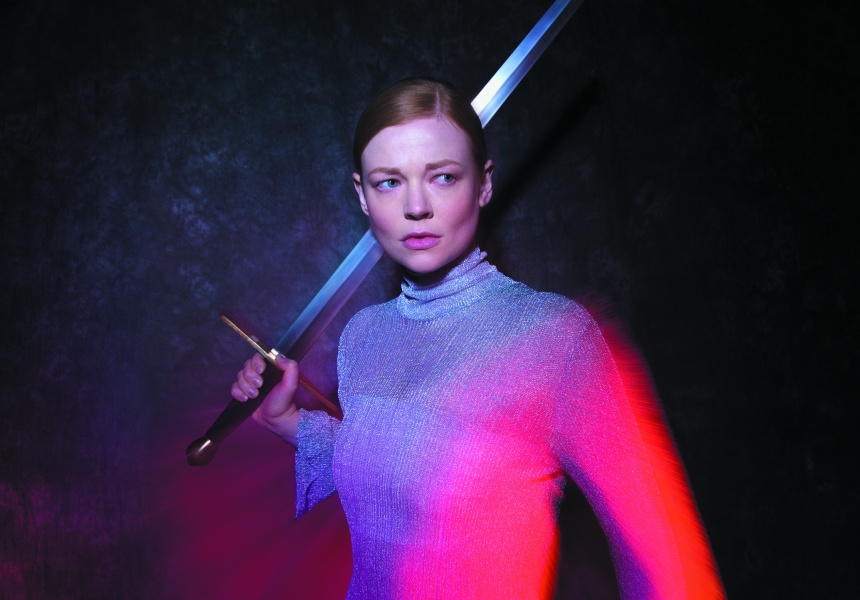 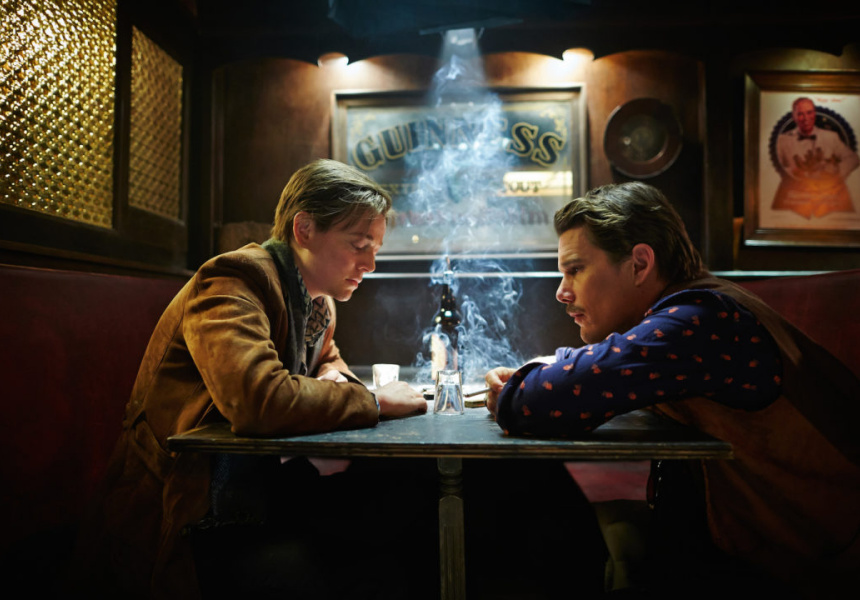 Despite acting opposite some of the biggest names in film of our time (Kate Winslet, Helen Mirren, Woody Harrelson and Ralph Fiennes), Sarah Snook still gets a case of pre-performance jitters, particularly when confronted by the unforgiving nature of the stage.

The young star, whose films include The Dressmaker, The Glass Castle, Steve Jobs, Winchester, as well as and the upcoming HBO series Succession, has come back to Sydney from New York to perform one of the greatest female roles of all time: Joan of Arc.

If Snook is feeling slightly disoriented you wouldn’t begrudge her. Filming has just wrapped on Succession, in which Snook plays the powerful, wealthy young American lawyer-daughter of a Rupert Murdoch-esque media mogul (Brian Cox), and after getting off the plane she’s jumped straight into rehearsals for Saint Joan. She embodies the teenage rebel who leads her country into battle only to be burnt at the stake.

But for Snook it’s all in a day’s work.

A well-known and widely respected name in international film and TV, ironically Snook is perhaps lesser known in her homeland, where she graduated from NIDA and quickly went on to earn AACTA and Film Critics Circle of Australia awards for the Spierig Brothers’ Predestination opposite Ethan Hawke; and more recently Holding the Man and ABC TV drama The Beautiful Lie.

But it was in London that her love of theatre was reignited, when she was cast opposite Fiennes in Henrik Ibsen’s 1892 play The Master Builder at the famed Old Vic Theatre in West End.

“It was terrifying,” she tells Broadsheet. “I felt like I was right at the beginning again. I had to train my voice up, do my research on Ibsen, read all his plays. I needed to make sure I was entering the room as an equal rather than just some ring-in from the street, to back myself and prove I had a right to be there.”

Working with Fiennes taught her a lot about stagecraft. “The rehearsal process is his favourite part because you get to play and explore and invent. He never let that sense of creation or invention dim. And he treated me as an equal, which was an amazing thing to feel.”

When the opportunity came to return to Australia to perform in a play, her first since Rope with Tamarama Rock Surfers in 2011, she leapt at it. The original poster girl for the Sydney Theatre Company’s production was Orange is the New Black’s Yael Stone, who later withdrew when she discovered she was pregnant.

Snook was only too happy to take over from a fellow Australian and friend. The pair was able to swap notes during Snook’s birthday get together in New York not long after she landed the role.

It’s been 23 years since Saint Joan was performed at the Sydney Opera House in 1995, and this production, by director Imara Savage, reworks the classic play written by George Bernard Shaw. Based on transcripts from Joan’s trial, Shaw’s play brings to life the true story of the peasant girl born circa 1412 in a small village in north-east France who, at 13, follows the voice of God instructing her to drive the English out of France. She is ultimately successful, before being captured, tried as a witch and burnt at the stake. Shaw’s play was written in 1923, three years after Pope Benedict XV canonised her Saint Joan.

The STC’s contemporary production sees Joan herself fleshed out and given more of a story arc. “Bernard Shaw was truly a feminist of that time, but feminism has changed in 100 years and quite a lot of his play wasn’t centred on Joan but on the [religious] dispute, nationalism and the power of the church,” says Snook. “We wanted to see someone who was flawed and has doubt … it’s a hero’s journey in the classic way.”

Snook says Joan’s story is more timely than ever, raised against the backdrop of the Time’s Up and #metoo movements. She looks to fearless young leaders such as Malala Yousafzai and gun-control activist Emma Gonzalez for inspiration.

“Joan is 17 and was burnt at the stake at 19. I’m 30. I thought that might be a problem,” says Snook, who briefly considered playing her own age. “Then I thought, ‘How dare you presume [a teenager wasn’t capable]?’ It’s a different thing, being a teenager surrounded by older men and fighting to get what she did. You have this fire and passion when you’re a teenager.”

And when asked who her favourite co-stars have been, it’s female actresses Snook nominates.

“Helen Mirren and Kate Winslet, because they’re just such cool older ladies,” she says. “One’s got a family going and her career, and the other has chosen not to have kids and is still living her life and being her own age. They’re great role models.”