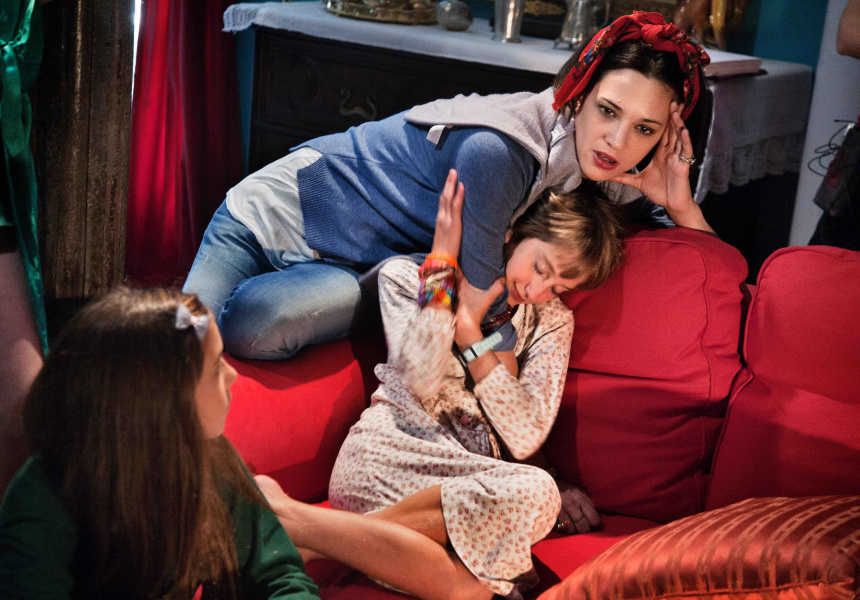 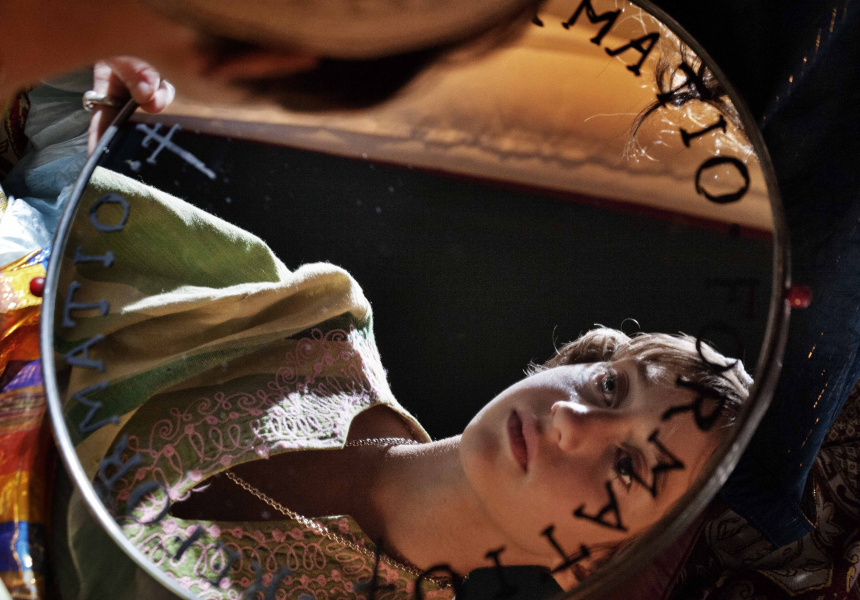 “Children can not be corrupted until they become grownups and build fortresses around their hearts,” says Asia Argento. This, she tells me, is the hypotheses behind her latest film, Incompresa, which comes to the Lavazza Italian Film Festival in Sydney straight from its screening at the Cannes film festival’s Un Certain Regard selection earlier this year.

Incompresa is a selection of episodes in the chaotic upbringing of precocious pre-teen, Aria. In the absence of a stable home life – she and her black cat are regularly shunted between the houses of her warring parents – Aria leads a magpie existence, taking solace and guidance from wherever she can get it: from her best friend, to whom she is joined at the hip, from television and pop music, and from the stray adults who float around her parents.

It all sounds so harrowing, and yet it isn’t. In place of the “fortress” that Aria is yet to build around herself is an eternal optimism, and Incompresa is light, colourful and darkly funny. Above all, Aria endures. Despite the neglect, Argento portrays Aria’s defective parents as flawed but ultimately sympathetic human beings. “I don’t subscribe to the way they behave, but I don’t judge them,” she says. “Maybe it’s something that I’ve learnt from acting. I’ve played very dark characters, and it’s like being possessed – the only way to actually get rid of them at the end is to love them.”

A decade ago, Argento’s previous turn as director with the grim The Heart is Deceitful Above All Things, covered similar ground; a traumatic parent-child relationship. It’s telling that in revisiting these elements Argento’s approach, once gothic and grandiose, has developed into something far more measured, gentle and affecting.

"I don’t know if growing up is the right word, but I’ve changed,” she says. "The films that I make are just a fraction of who I am and how I see the world. I’ve grown, and it’s going to show in my work.”

A lot has changed in that decade. Argento has quit acting. She has had two children. She spent several years “downloading files”, as she puts it. “I did my study,” she says. “I was studious as fuck. I watched every possible movie. I read hundreds of novels. I went to museums all over the world.”

The end result, she says, was Incompresa, and a desire to direct all her creative energies into writing and directing. That the film covers personal ground is no surprise.

Argento is perhaps inescapably synonymous with her father, revered horror director Dario Argento. Their uneasy relationship is well documented. Making Incompresa, Argento says, involved documenting the irrepressible colour and light of childhood. It was healing. “I was never really a child. I never wanted to be. I wanted to grow up really fast.”

Now, she is battling against inevitable claims that Incompresa, about a little girl neglected by her glamorous, distant parents, is autobiographical. “Aria” is also Argento’s legal first name, and a sometimes screen name for her Hollywood work.

As she is at pains to remind us, Incompresa is not autobiographical – but Argento has poured herself into this film in other, less expected ways. It's a map of her lasting influences and loves, from the casting – Aria’s temperamental mother is played by Charlotte Gainsbourg, whom Asia had pinned up on her wall when she was a girl – to the soundtrack: an eclectic selection of post-punk and pop appropriate to the film’s early-‘80s setting.

Somewhere in the middle of the film there's an enduring song from her childhood entitled, Kill Myself, a punk gem by forgotten band Il Y A Volkswagens, and a long-time personal favourite of the director. Argento owns the 7” single, and went to great lengths tracking down the band (who apparently only recorded this one single) to get permission to use it.

“Think of the artifacts of primitive man left in caves. Art is eternal.”

Incompresa premieres at the Lavazza Italian Film Festival today (Thursday September 18) at 7pm until October 12 with screenings at Palace Norton Street, Palace Verona and the Chauval.