One of Australia’s most cherished actors, and Bell Shakespeare’s founding director, is taking to the stage for the last time. 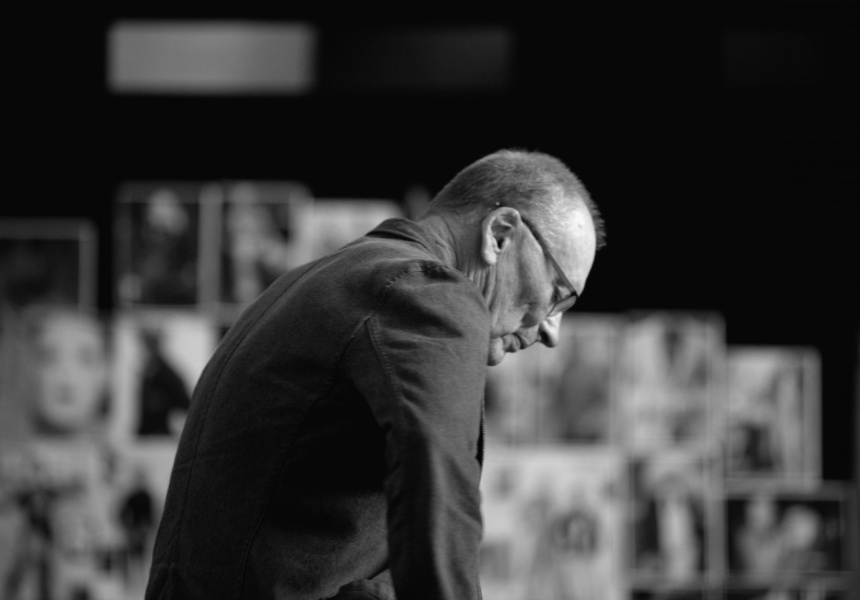 John Bell’s final role with Bell Shakespeare, the company he founded and has led for 25 years, is a dark, melancholic character who delivers one of the most famous lines in theatrical history.

Jaques – the “dark little cloud drifting through the scene ” in Shakespeare’s otherwise joyful, romantic and celebratory play, As You Like It, utters the well-known lines that begin: “All the world’s a stage and all the men and women merely players.” On closer reading it is a bleak, scathing piece of social criticism, but Bell is having a great time playing this dejected and cantankerous character. “I’ve got a few grumpy old men in Sydney I can base him on, without naming names,” he laughs.

As You Like It is the story of Rosalind, whose father, The Duke, has been usurped by his brother, banishing both The Duke and his daughter into the forest of Arden. Shakespeare being Shakespeare, nothing is at it seems, and once they enter the forest a disarming, comedic play about mistaken identity, love, and reconciliation ensues, posing the question: what’s the craziest thing you’ve ever done for love?

Directed by Bell’s co-artistic director, Peter Evans, As You Like It is visually spectacular, with Michael Hankin designing a mass of more than 5500 silk flowers that transform the stage into a floral wonderland. Kelly Ryall has composed a score that is sung live by singer Abi Tucker, among others.

Zahra Newman plays Rosalind, one of Shakespeare’s most delightful and articulate heroines. She spends the majority of the play in drag disguised as Ganymede, as she tries to outwit her foes and pursue her lover Orlando, to great comedic effect.

“Zahra Newman is quite extraordinary in the role. She has a charismatic quality about her and a lot of charm,” Bell says. She is joined by a stellar cast that includes Charlie Garber and Gareth Davies.

“It comes at a good time, it’s very much an escapist piece,” Bell says.

Although this is the final time we’ll see Bell on stage while still the head of Bell Shakespeare, As You Like It is not the celebrated actor-director’s final curtain call. In August he directs The Tempest, a play Bell has performed in numerous times but never directed.

Last October the respected elder statesman of Australian theatre announced he would retire. He has seen the company he founded “against the most formidable odds” flourish spectacularly, with its particular style of contemporary, exciting and urgent productions. He is also responsible for generations of Australians falling in love with Shakespeare. He has directed countless productions and performed King Lear, Richard III and Prospero three times each.

Evans, Bell’s co-artistic director, will take the reins. In 2016 Bell hopes to direct a new production for Opera Australia. He will also perform the role of Lord Kitchener in the upcoming Foxtel miniseries Deadline Gallipoli alongside Sam Worthington and Bryan Brown, Bell’s first screen role in 40 years.

“I decided two or three years ago this is how I would break my exit,” he says. “I’m enjoying being part of a team, part of the company, not looking too far ahead and thinking this is the end of the road for me. I’ve got used to the idea now, but I’ll be sad to leave on the day I do.”

As You Like It opens at the Sydney Opera House on February 25 before touring Canberra and Melbourne.