During her visit to Australia to promote her film Trainwreck, we talk to Amy Schumer about feminism, “edgy”’ female sexuality and not having time to go to therapy. 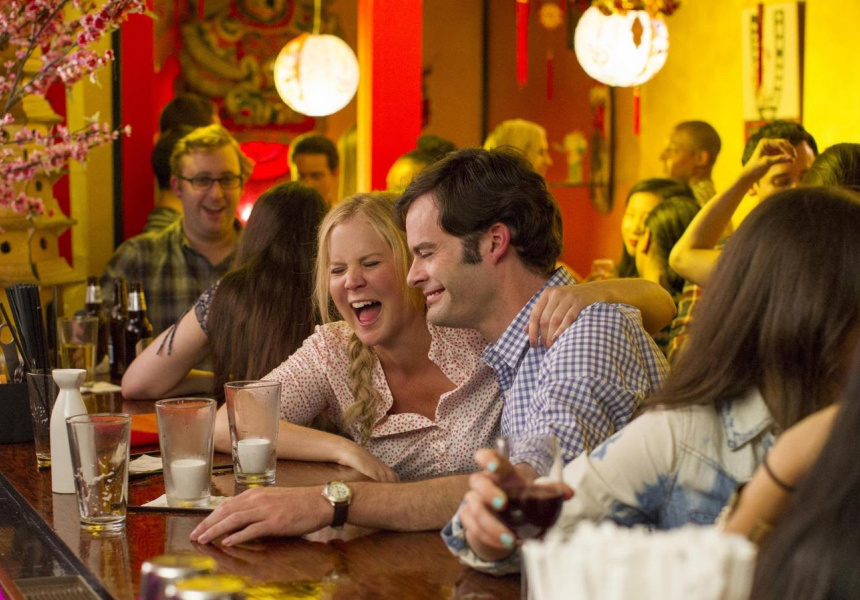 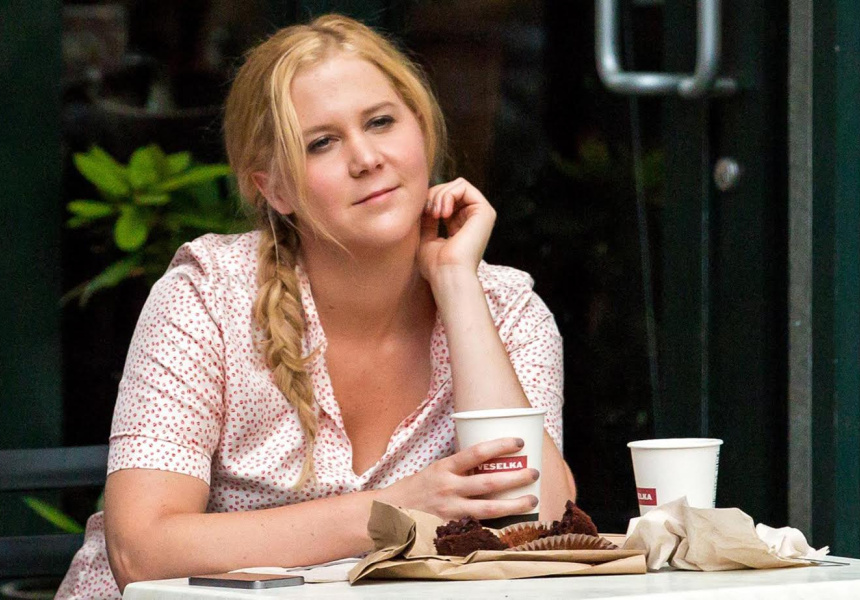 In a room that is far too warm, filled with people tapping on laptops, frowning at clipboards and adjusting camera angles, I meet Amy Schumer and desperately wish that I had remembered to brush my hair.

Meeting people you’re used to seeing on screens is strange, especially when you’re meeting someone whose work you really enjoy. You don’t want to fuck it up. Amy Schumer was only in Australia for a few days to promote her Judd Apatow-directed film, Trainwreck, but her visit necessitated its own media cycle. She’s reached a level of success whereby even people who have never seen her stand-up or her TV show, Inside Amy Schumer, know who she is and, judging by the weird vibe in the press area, know that she is important. When you get to that level, people try to sum you up with a neat label. This is why Amy Schumer is now synonymous with “that edgy women who talks about her vagina a lot”.

“Exactly,” she says to me, rolling her eyes. “It’s just like, why? Why is that edgy, to be speaking honestly? I look forward to a time in the near future when that’s just how it is. I know that some people are uncomfortable with that and that’s fine, I don’t judge those people. But it is like, enough. How long are we going to pretend that we’re not disgusting monsters?”

Schumer is bloody funny. Whether she’s skewering rape culture in sketches about sports and video games, or Hollywood’s gendered double standards in a shot-for-shot recreation of 12 Angry Men, giving sincere speeches about confidence and body image, or making fun of women’s magazines at a gala run by a women’s magazine, Schumer makes feminist issues palatable to people who have to laugh their way to realising the bias around them.

She’s also the kind of performer who ignites “me too!” moments in her female fans, and despite her enormous success – Inside Amy Schumer has just wrapped up its third season and last year Schumer won a Peabody – she still seems surprised when this is pointed out to her (without hesitating she says that Lena Dunham gives her that same feeling). During the interview, she thanks me for saying nice things about her work five times.

In Trainwreck – which she wrote and stars in – Schumer interrogates the idea that romantic-comedy heroines have to have a default setting of sweetness and gratitude at all times. “I mean, it’s just like a doll’s house, being just part of someone else’s story,” she says. “I’m like fly paper to narcissists, so I’ve dated guys who don’t really know you, but they like how you would be in the play of their lives.”

Trainwreck has been praised for depicting a different kind of romance, but it’s also exceptional in the way it depicts disability. In the film, comedian Colin Quinn plays Amy’s father, who, like her real father, suffers from multiple sclerosis. His condition is a significant part of the movie, but you never get the impression that his personality is reduced to “disabled person”; he is just a character who happens to have a disability. When I bring this up, Schumer’s eyes widen.

“Totally. What a lovely thing to say. I think that’s also about Colin’s strength, it wasn’t going to be something that we commented on. It’s just, you know, life goes on,” she says. “There are some days when it’s fine and other days when it’s so painful that you can’t handle it.”

Quinn spent time with Amy’s dad before filming began (she mentions that getting the physicality of MS right was very important to her). He loved his depiction in Trainwreck. “He was also really glad that the mother character in the movie was dead,” Schumer says, smiling serenely. “He loved that.”

It’s curious that Trainwreck focuses so much on Schumer’s character’s fear of vulnerability when Schumer is so generous with how much of herself she gives in the hope it’ll make people laugh and hopefully, make them feel a little less alone. I remember once hearing Bikini Kill frontwoman and riot grrrl pioneer Kathleen Hanna say that although she loved talking about her feminism, she wished that just once someone would ask her about her musical arrangements. Sometimes I wonder how women like Amy Schumer feel about the weight that their words hold for feminists. “People ask good questions,” she says. “It’s fun, because I don’t really have time to go to therapy right now, so it’s cool when they’re like, ‘So what makes you happy?’ and I’m like, ‘Hmmmm…’”

Trainwreck is in cinemas August 6.