All the Sex I’ve Ever Had

Think you’re across everything there is to know about sex? Think again. 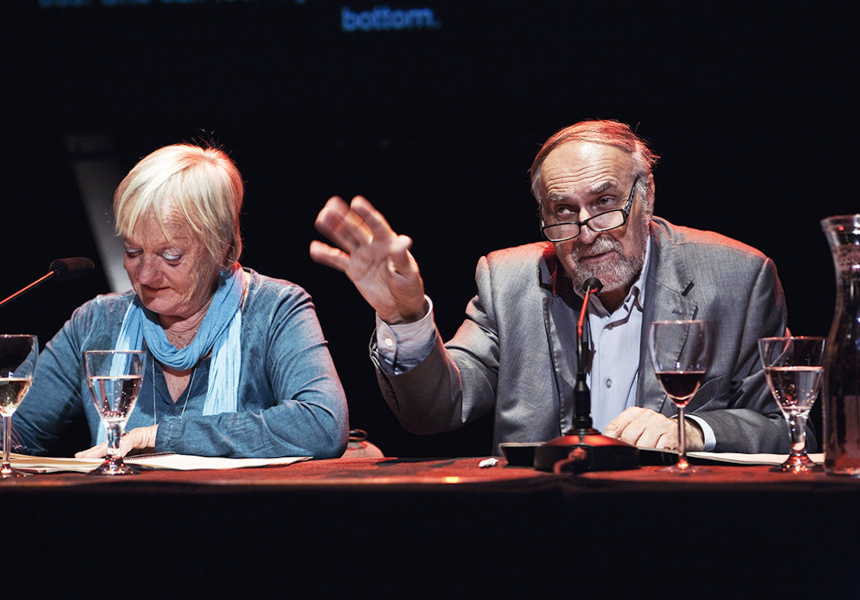 As first jobs go, Eva Verity’s was highly unusual. “We had a poster that said, ‘Are you over 65? Are you still thinking about sex? Give me a call.’ And it was my phone number on the poster,” she says.

The call-out was in the name of research for a new theatre production, All the Sex I’ve Ever Had.

Since 2008, Verity has been a member of the genre-defying Canadian performing arts company, Mammalian Diving Reflex. Founded in 1993, the company creates shows that are atypical, featuring non-performers from marginalised populations – refugees, new immigrants or older people – in performances they hope will encourage conversation and break down social mores and stereotypes.

Its last outing in Sydney was Haircuts by Children, a 2008 Sydney Festival production that involved children as young as 10 taking a crash course in hairdressing before offering free haircuts to trusting adults.

All the Sex I’ve Ever Had may equally challenge audience preconceptions – in this case about the sex lives of the over-65s. The idea was inspired by artistic director Darren O’Donnell’s 2012 trip to Oldenburg in Germany, where he was struck by the number of older people in the community cycling around and being actively involved in the town’s daily life.

In seeking to know more, the idea for a show about the lives of this group began to grow. The result was an insightful, touching and often humorous one-hour show featuring local participants.

All the Sex I’ve Ever Had has already been performed in Europe, the US and Asia. This is its first outing in Australia (it's part of the next Sydney Festival), and MDR has already put a call-out for volunteers from the 65-plus community in Sydney to take part in workshops and share intimate stories from their lives with the MDR crew. Then they will be loosely directed in an on-stage production in which they will re-tell some of those stories before an audience that will be encouraged to ask questions and interact.

“Youth and youth culture is such a focus today, and shedding light on the sexuality of older adults is uncommon,” says Verity, who will travel to Sydney to co-devise the show. “Sexuality is still largely taboo in terms of what we would ask adults about. People often cringe, or go so far as to be disgusted. The irony is that these are people who have the most experiences to share and the most insights to give, yet we don’t want to turn to them.”

“It’s a fairly long process because a lot of it is about trust,” Verity says. “We also share stories about our lives – it’s reciprocal – and about building connections in order to get to the heart of some of the more challenging topics that come up.”

The conversation will often move to love and loss, children, relationship break-ups, illness and how that affects relationships.

Audience reactions around the world vary, but a particularly interesting season was in Singapore where the company worked with an all-female “cast” before an all-female audience.

“We wanted to respond to the secrecy in women’s lives there, particularly around sexuality. The reaction was quite extreme because the young people in the audience were desperate to hear anything from the older women in the community, they would literally never have heard a single thing about their lives.”

Participants themselves have ranged from the under-65s to a centenarian. Despite the age range and cultural diversity one response the participants often share is surprise.

“Often they don’t think their lives would be worth sharing – ‘who would want to know about my life?’ [Personally] I enjoy making intergenerational friends. For some people, being older can be quite isolating, particularly if they’re [single]. For others it’s a challenge because they’ve never been on stage before, and for yet others it’s very exciting. But it’s a lot of fun.”

All the Sex I’ve Ever Had runs January 21¬–24 at the Sydney Opera House Drama Theatre.

If you live in Sydney and are interested in being involved in the performance, contact Megan Exton on (02) 8248 6558.