All About Women 2018: The Ideas Behind the Program

For Edwina Throsby, Head of Talks and Ideas at Sydney Opera House and curator of All About Women festival, there’s never been a more exciting time to be a feminist. Here she explains her thinking behind programming for this historic #metoo moment. 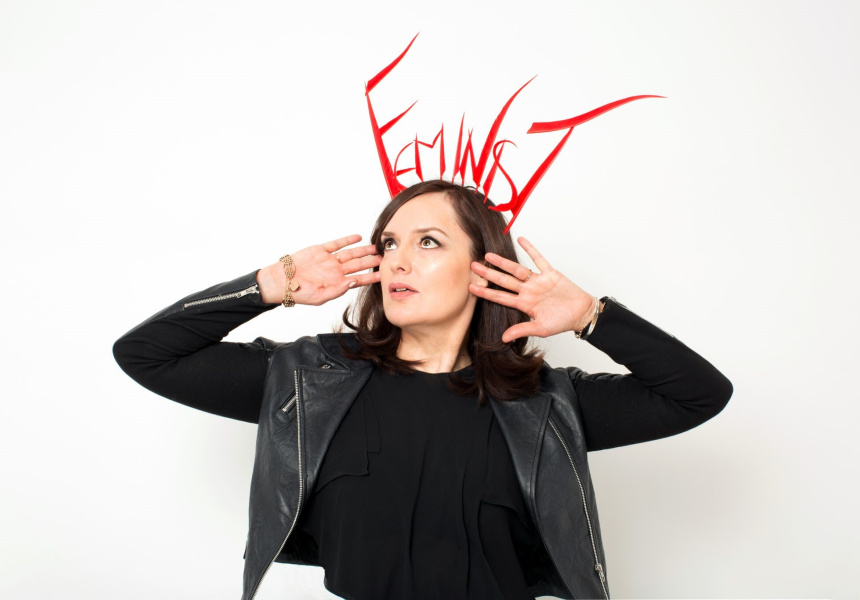 At the end of 2017 “feminism” was declared the word of the year by American dictionary Merriam Webster.

And sure, we’ve made great strides in workplace inclusion since our mothers and grandmothers were expected to give up their jobs as soon as they got married, but there’s still a 15 per cent gender pay gap, and when you start looking in the upper echelons of management and corporate boards, you’ll find something of a sausage sizzle. Thanks to the struggles of our mothers and grandmothers, we now have control over our reproductive bodies. But, as the #metoo movement has so profoundly demonstrated, sexual harassment and assault remains appallingly prevalent.

Meanwhile, the Trump administration is led by a self-confessed harasser and has consolidated much of its base on an anti-abortion platform. Widen the lens to women in parts of the developing world, and women and girls are systematically raped, abused, repressed, denied education and even access to citizenship.

I didn’t want the All About Women program to shy away from these issues. So I approached it with the idea we could provide a toolkit for women of all ages daunted by what we’re facing, but determined to make a difference. The program of panels, talks and live podcast recordings includes some of Australia’s and the world’s top thinkers on women’s issues: author Fran Lebowitz; comedian and podcaster Deborah Frances-White (The Guilty Feminist); activist and author Manal al-Sharif; podcasters, actors and activists Miranda Tapsell and Nakkiah Lui (podcast Pretty for an Aboriginal); and Kate Bolick, who has written frankly about dating and relationships.

And because all the good ideas and panels in the world won’t make a difference if no one has a chance to discuss them, I wanted to make spaces for the community to come together, meet, dance and plot revolution. So there’s also a block party featuring dance-hip-hop collective Haiku Hands, and a pickling workshop by Cornersmith.

Events like All About Women can be a small part of addressing inequality. They say: “You’re part of a community that is noticing what’s going on, knows things can be better, and wants to be part of the change.”

Here are some more of my festival highlights, and why I programmed them.

Suffragettes to social media
I wanted to provide space for generations of women to come together to think about where feminism has come from as a movement, and where it’s going. So I’ve invited someone from each of the four waves of feminism to share the stage on a panel that will look to the past to find inspiration for the future.

The first wave of Western feminism was about basic rights – suffrage and full citizenship, and the brilliant feminist historian, Barbara Caine will be analysing its greatest achievements and failures. The second wave was about women’s lib, the sexual revolution, and changing basic notions around what a woman could do. Legendary Australian editor, journalist and writer Anne Summers will review the contribution of her generation. Rebecca Walker, who coined the phrase “third-wave feminism” in an essay for Ms magazine in 1992, will discuss her era’s concern with representation and identity. And the fourth wave … is there even a fourth wave? This deliberately leaderless movement is marked by its diversity, and ideas around intersectionality. Actor, activist, comedian and podcaster Nakkiah Lui will be sharing her thoughts on this.

Grabbing back: women in the age of Trump
I also wanted to invite to the festival women who challenge sexism and find power in their communities. Tarana Burke, founder of the #metoo movement, is changing the way women endure sexual harassment and abuse, maybe forever. She and American author Fran Lebowitz will discuss feminism’s responses to Donald Trump.

Disability & intersectionality
I wanted to recognise that, traditionally, Western feminism hasn’t done a very good job of including the voices and the experiences of women who aren’t white, middle class or able-bodied. So for the first time at All About Women, there will be a panel featuring women with disabilities, including the formidable disability advocate Samantha Connor and writer and performer Kath Duncan.

Trans like me
And, because feminism should find space for all people who don’t easily fit into patriarchal structures, this is a discussion between non-binary British writer and musician CN Lester; ABC broadcaster and trans man Eddie Ayres; and actor, comedian and trans woman Jordan Raskopoulos.

All About Women happens on Sunday March 4 at the Sydney Opera House. 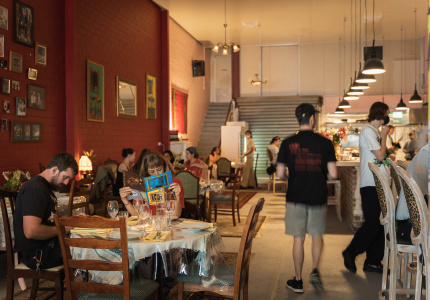