After 45 Years, Live-Music Venue The Basement Will Close 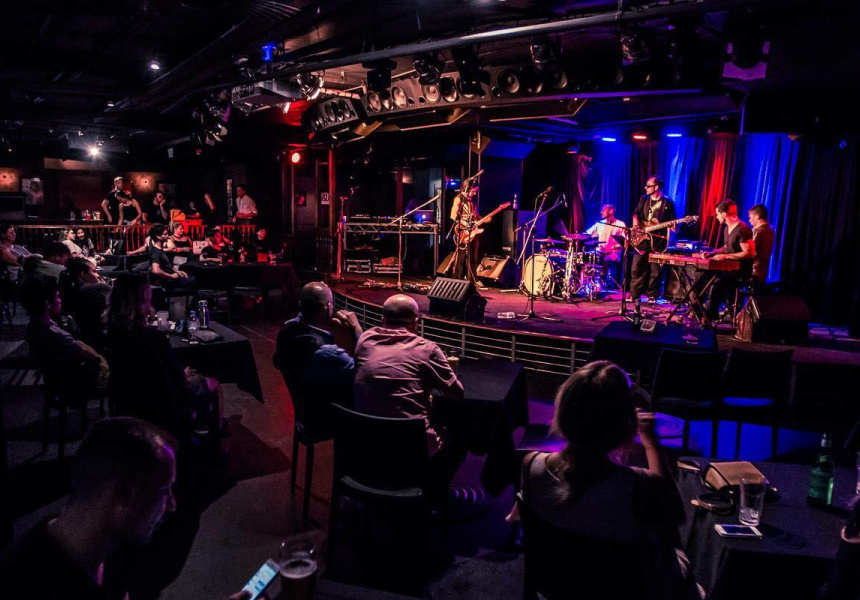 It was Sydney musician Danny G Felix who broke the news on Facebook that much-loved live-music venue the Basement was closing.

“So it’s true … The Basement is closing down in less than a week,” he posted on Facebook yesterday. “AMP, the owners of the building, are turning it into office spaces after 45 years of live music almost every night. So tomorrow night will be the last Monday jam at the basement. Let’s make it a good one.”

At the time of publication the post had amassed 739 shares, 1000 “reactions”, and 313 comments – an indication of just how much this Macquarie Place venue meant to the community.

AMP Capital, The Basement’s landlord, confirmed to Broadsheet that the venue is closing, but there is no set closure date yet. The spokesperson also clarified that the space would not necessarily be turned into offices.

"AMP Capital has enjoyed a great relationship with The Basement for more than 10 years and has been strong supporters of the venue, their artists, patrons and live music in Sydney," she told Broadsheet. "Like our partners at The Basement, we are equally disappointed the partnership and venue won’t continue after a decade of working together.

"We have worked with the management of The Basement for more than six months to ensure an appropriate transition could take place and have amicably agreed to end the lease. While it’s too soon to say whether another music operator, bar or restaurant will move in, there is absolutely no intention to convert The Basement into office space."

Loved by jazz enthusiasts in particular, The Basement is one of the oldest licensed music venues in the city and, since opening in May 1972, has hosted intimate performances by Prince, Vince Jones, Herbie Hancock, The Blind Boys of Alabama and De La Soul.

It was forced to close in 1988 because the building it was housed in was demolished, but it reopened in 1992 at its current home around the corner.

The end of The Basement is another bad news story for Sydney’s live music and nightlife scene following the closure of the Newtown Social Club in January 2017.

Its demise also comes after the NSW Government’s introduction of the lockout laws, which Keep Sydney Open has been fighting since they were introduced in 2014. Its current campaign is an online survey, which it is asking the public to fill out.

The Basement has not yet released an official statement to confirm the closure, and was unavailable for comment at the time of publication. It has also not confirmed when the venue will officially close.