The 2019 Vivid Line-Up Has Been Announced 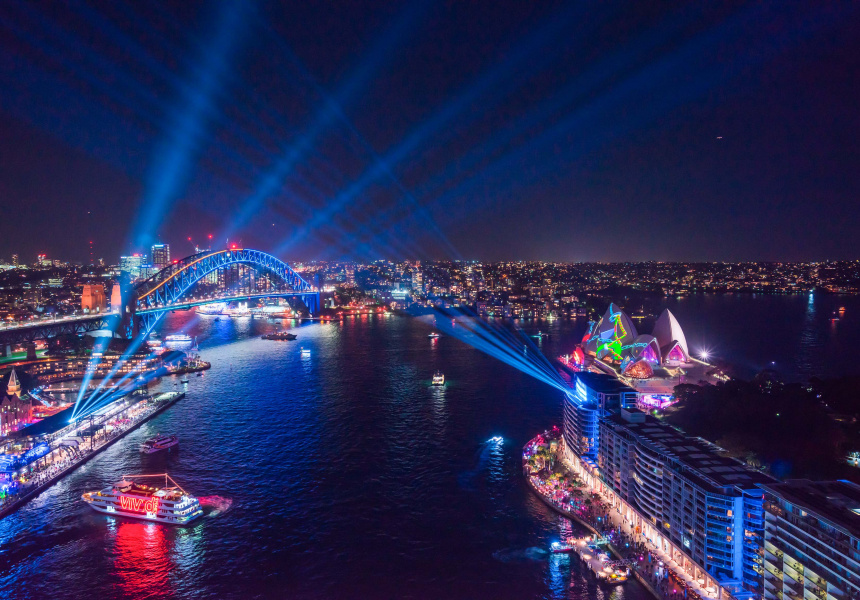 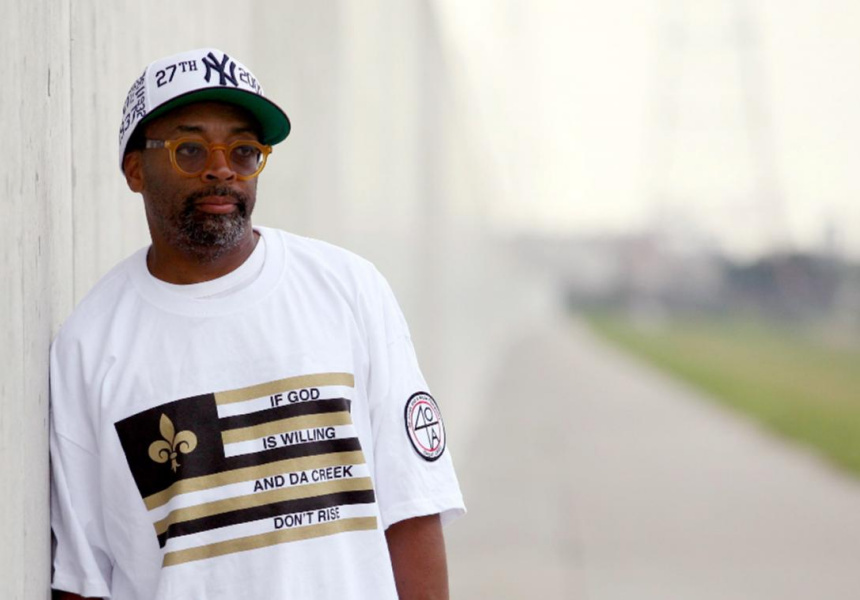 Boundary-pushing festival Vivid is back for another year with a packed program of lights, music and ideas that for 23 days takes over venues and precincts across the city. The line-up is full of genre-pushing musicians, thinkers and artists who will bring their talents to the city from May 24 to June 15.

Yet again the Opera House sails will be a canvas for projections, and large-scale installations will be erected across the city.

As in previous years, Vivid is split into three parts. The most recognisable part of the festival will again be Vivid Light with its projections splashed on the facades of buildings, and with light installations dotted across the city for the public to view free of charge. Then there's Vivid Music, which will bring some of the world's most interesting and pioneering music to live music venues, bars and the Opera House. Vivid Ideas gets some of the world's best minds together for workshops, panels and conversations.

At Circular Quay, you'll be able to step inside the Infinity Room. No experience will be the same as you and other visitors take over the projections on every wall. Bizarre and lots of fun, the experience will be accompanied by a soundscape and lighting.

At Taronga Zoo Lights for the Wild is an illuminated trail of interactive lanterns featuring endangered species. At Chatswood’s concourse find Co-existence, a large-scale projection work by Hungarian artist collective Limelight, and Vince Jones and Lisa Fischer will perform with the Willoughby Symphony Orchestra.

At Exchange Place at Barangaroo from Thursdays to Sundays a glowing six-metre-tall spirit Marri Dyin (Great Woman) will visit. And at Darling Harbour, Robot SPACELand imagines a not-too-distant future where a new civilisation rises from our post-industrial debris.

For a second year Luna Park is part of the action. The new family ride Volaré will be studded with thousands of LED lights to complement the light-laced iconic Ferris wheel.

Here's what else you can expect from the festival that brings lovers of light, music and ideas from across the country to Sydney.

Vivd Light
This year, Los Angeles-based Chinese American artist-filmmaker Andrew Thomas Huang has created Austral Floral Ballet, a tribute to Australia's native plants and flowers that will be splashed across the Opera house sails. Inspired by the movement of dancers, the flora will respond to the arcs of the iconic building.

More than 50 works will be installed for the Vivid Light Walk, which will be the largest outdoor gallery of its kind in the Southern Hemisphere, winding through the city for three kilometres. The festival has partnered with Pixar Animation Studios for a projection onto the historic Argyle Cut at The Rocks, which will include popular Pixar characters including Woody and Buzz Lightyear from Toy Story.

Light installations will illuminate the Botanic Gardens. Expect 500 dynamic floating lights created to imitate fireflies. The Museum of Contemporary Art will be lit up with the works of Australian-Columbian artist Claudia Nicholson, while the facade of Customs House will host underwater scenes from Sydney Harbour.

To celebrate the International Year of Indigenous Languages, the southern pylon of the Harbour Bridge will feature a projection of the work Eora: Broken Spear, encouraging us to reflect, to call country, to read country and listen to country.

Vivid Music
Sydney-based alt-dance group Rüfüs Du Sol will play Carriageworks on June 13 and 14. It's had a good couple months – three of its songs made it into the 2018 Triple J Hottest 100. Also playing at Carriageworks is British artist FKA Twigs. And the Curve Ball warehouse party will return, this year featuring Hayden James, Touch Sensitive and Mallrat.

The City Recital Hall's stage will be lit up with four powerhouse performances: Kate Miller-Heidke, piano virtuosos Zofo and Concertos on Fire, and Paul Kelly with composer James Ledger, who together have come up with 13 new songs and soundscapes in response to birds.

For the first time in their three-decade career, legendary Australian trio Dirty Three will perform their self-titled 1994 debut album in its glorious entirety for a very special one-off show in the Concert Hall.

The music isn't just limited to traditional venues, though. Twenty-three inner-city venues, including a hair salon, a church and a brewery will host artists including the Catholics, Set Mo, Carlotta and I Know Leopard.

Party planners Heaps Gay will present the Qweens Ball at Town Hall. Actress and musician Okenyo will dive sonically into the human condition, and JZ Lunar Capsule will present an "Astronaut’s Playlist" to celebrate the music of space travellers imagined by the Apollo 11 astronauts 50 years ago. And Purple Sneakers will take over The Lansdowne to celebrate its 13th birthday.

Vivd Ideas
Vivid Ideas has a reputation for bringing some of the world's most notable thought leaders to Sydney.

The headliner for Vivid Ideas is Hollywood trailblazer Spike Lee, who will talk politics, story craft and how to make movies that matter. Esther Perel, the creator of the podcast Where Should We Begin? investigates modern love in the digital age and looks at the ways relationships are being affected by technology.

Sex, loneliness and the dark corners of the internet are explored in Vivid’s New Horizons series. Future of Sex podcaster Bryony Cole charts the frontiers of sextech, ABC’s and SBS’s Marc Fennell explores why many people in Japan feel overworked and undersexed, and Eileen Ormsby shines a light into the dark underbelly of the web.

Pulitzer prize-winning author Sebastian Smee, psychologist Jocelyn Brewer, and artist and author Holly Throsby look at the value of an “inner life” and ask what price we’ll pay for our constant digital distraction.

The Art Gallery of NSW will again host Vivid Art After Hours for free on Wednesday evenings. It combines art activities and live music. On the bill is comedian Meshel Laurie; rapper, poet and author Omar Musa; and artist Abdul Abdullah in conversation about cultural identity.

This year, creative-industry event Semi Permanent will be part of the Vivid Ideas line-up. The 2019 theme is "truth", and the three-day event will involve thinkers, creators and doers from Vice, the New York Times and Levi's participating in panels, talks and workshops.