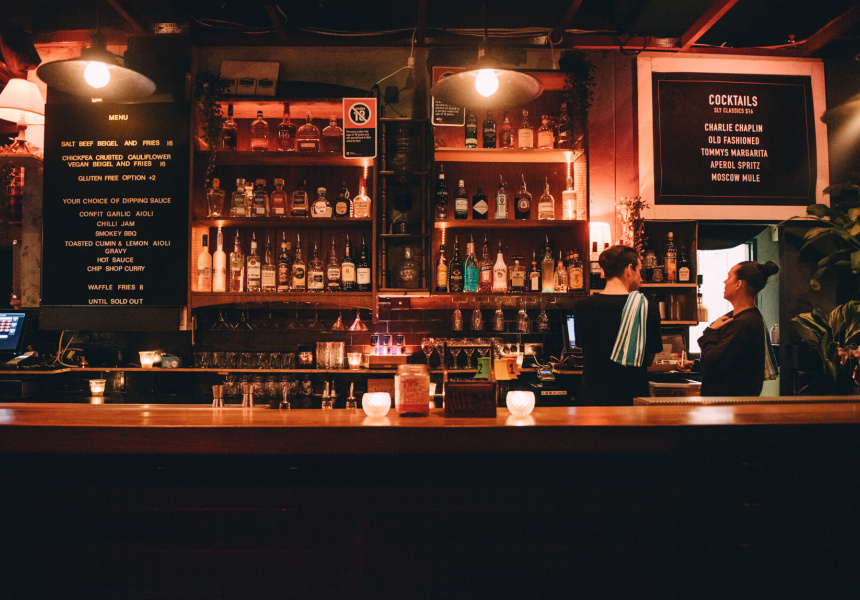 Brick Lane Beigel Bake is to London what Katz’s Deli is to New York. The hugely popular 24-hour takeaway joint opened in London’s East End in 1974 and churns out thousands of beigels each day. (The spelling “beigel” is common in England and stems from Yiddish; “bagel” is considered an Americanisation of the word. The "ei" is pronounced similarly to the "ei" in "Einstein".) Lines snake down the street well into the wee hours.

While the beigels come with a variety of fillings, including smoked salmon and cream cheese, herring and tuna, the stuffing Beigel Bake is best known for is salt beef with pickle and mustard. Now, Slyfox in Enmore has brought the Jewish bakery’s famous recipe to Sydney, launching its new diner Salt Beef Beigel.

It comes after the recent renovation at the longstanding late-night Enmore Road venue (which is just outside the lock-out zone). Benjamin Lepke, Brett Strauss (owner of The Chippo Hotel) and Kerry Wallace took over the popular gay and lesbian hangout, and also introduced a new program of DJs, live gigs, comedy nights and theatre.

As well as beigels stuffed with slow-cooked Wagyu brisket, you can also get chickpea-crusted cauliflower. While the London eatery is strictly a bakery, here the rounds of bready dough will be served with waffle fries and a choice of dipping sauce. And unlike the Brick Lane beigelry, which punters often visit during or after a few pints, at Slyfox you’ll be able to drink your beers with your beigels.