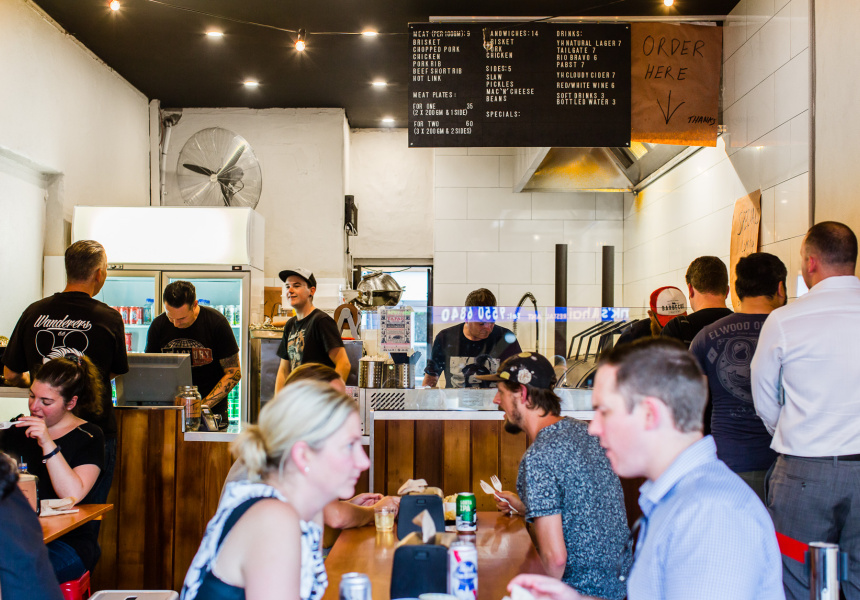 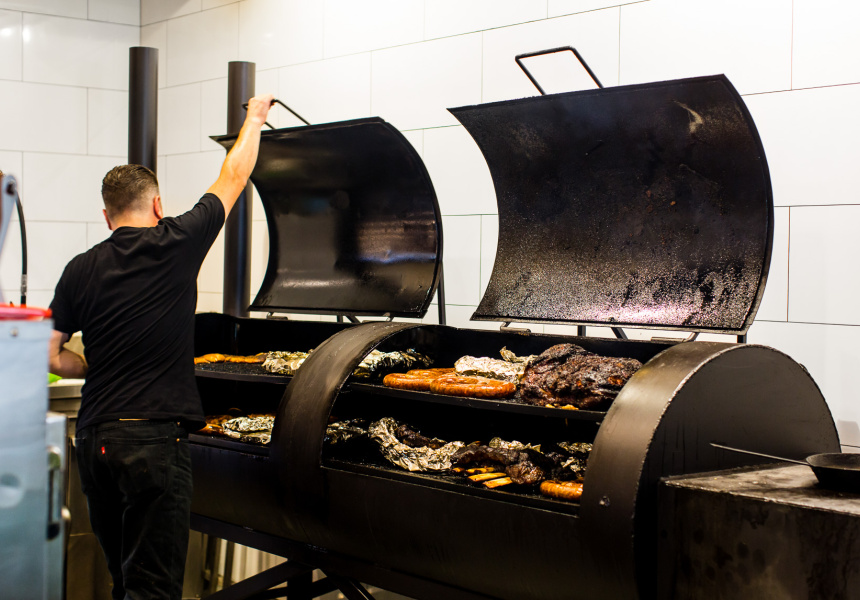 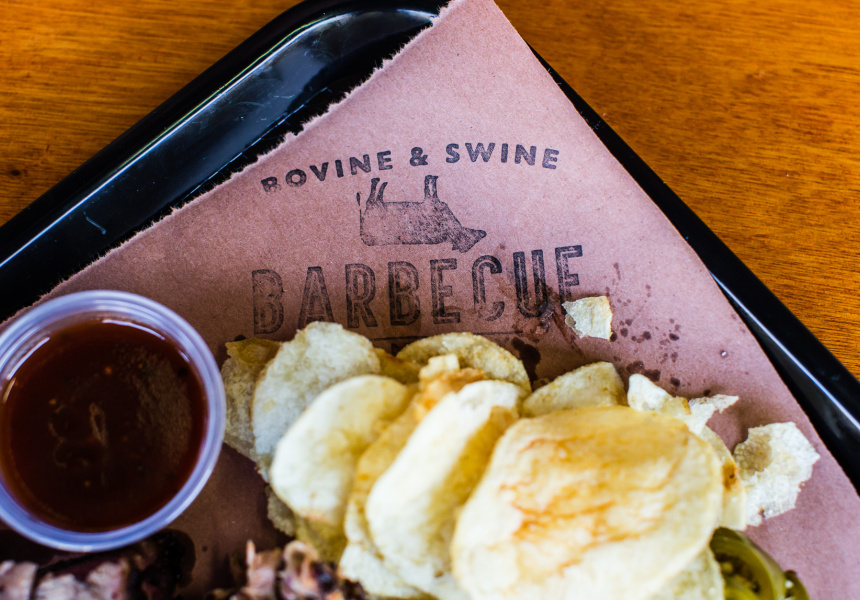 The team is trying to be as true to Texan barbeque as possible, but with a twist, which is chopped pork, more common in the Carolina smokers. The Texan staple is brisket and salt-and-pepper rub, which the team uses on the brisket and the beef ribs. It’s black-crusted, moist, pungently smoky and just firm enough to retain bite.

The other regulars are chicken breast and pork rib, slow smoked from as early as 5am in Griffiths’ handmade offset smoker.

The meat can be ordered per 100 gram, in a soft-bunned sandwich, or as a one- or two-person barbecue platter with sides of house pickles, potato crisps and either slaw, mac’n’cheese or beans. To drink, there’s a short list of canned beers, including Young Henrys and a trio of barbeque-appropriate American imports.

The restaurant is not particularly big; the whole place (built and designed by Griffiths, Hughes and Chillingworth) consists of just a few demountable tables and a duo of outside benches with stools. In the near future, the trio plans to open for lunch.