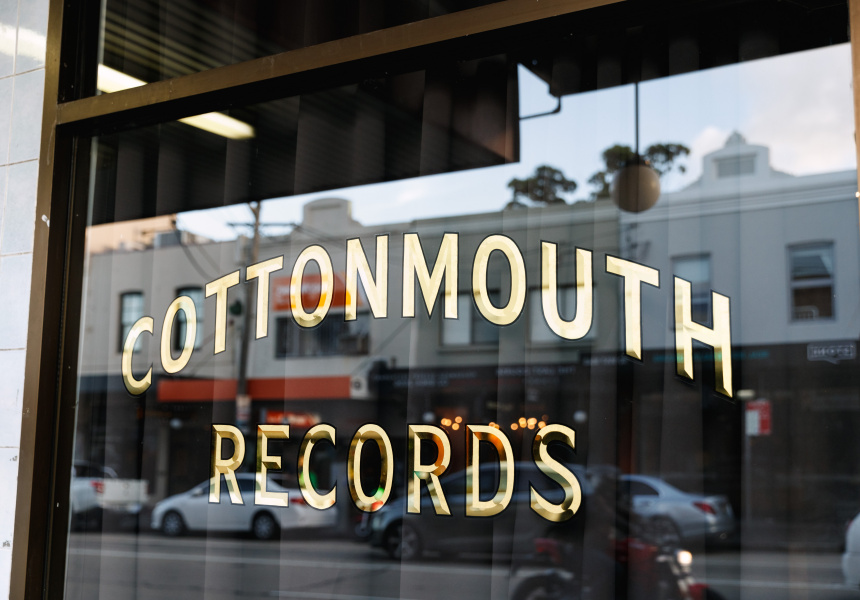 Cottonmouth Records is between a post office and an Indian takeout joint on Enmore Road. But that’s part of its charm. It’s part-record store, part-dive bar. The walls are lined with vinyl, and the space hums with a mix of booze and banter.

After three decades in the music industry Cottonmouth is inner-west native Zachary Williams’s way of adding to and engaging with the heartbeat of his hometown. A space where people can dig for records, have a drink, catch up with friends and listen to music in a comfortable and inclusive environment.

The venue owes its name to a southern American viper snake, which is also the brand’s mascot. It’s a nod to Williams’s affinity with the New Orleans soul, jazz, blues and funk scene, evoking the sounds and flavours of the Deep South.

In the day, Cottonmouth sells new, remastered vinyl with an emphasis on soul, jazz and funk labels. At night it flows with local brews and spirits. Punters can expect the likes of Wildflower, The Grifter Brewing Co, Yulli’s Brews and Nomad Brewing Co, with a rotating selection of small-batch beers on tap. It offers whisky under a similar pretence: it has an ever-growing menu of local and international whiskies from Australia, Scotland, Japan and beyond.

You can prop up at the front room’s weighty wooden bar between looking for records, or head to the intimate Lynchian back room.