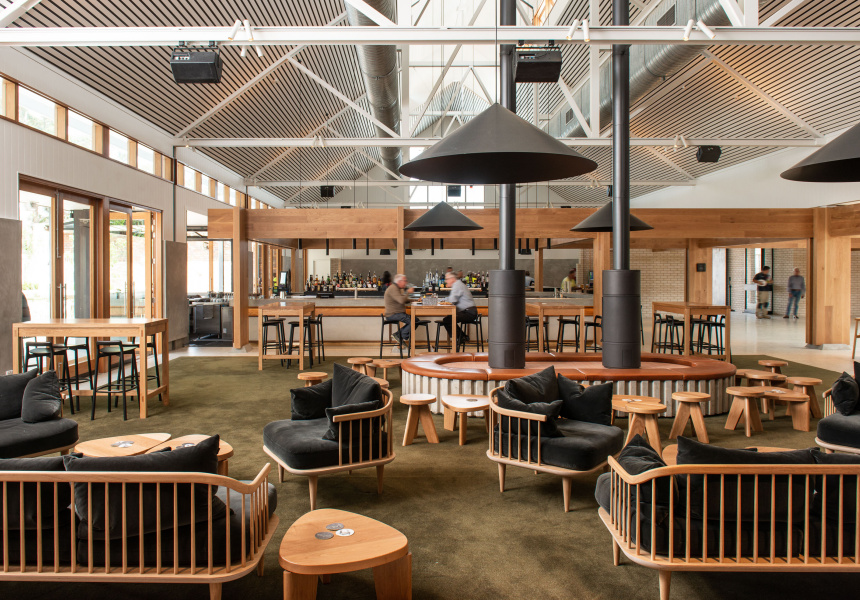 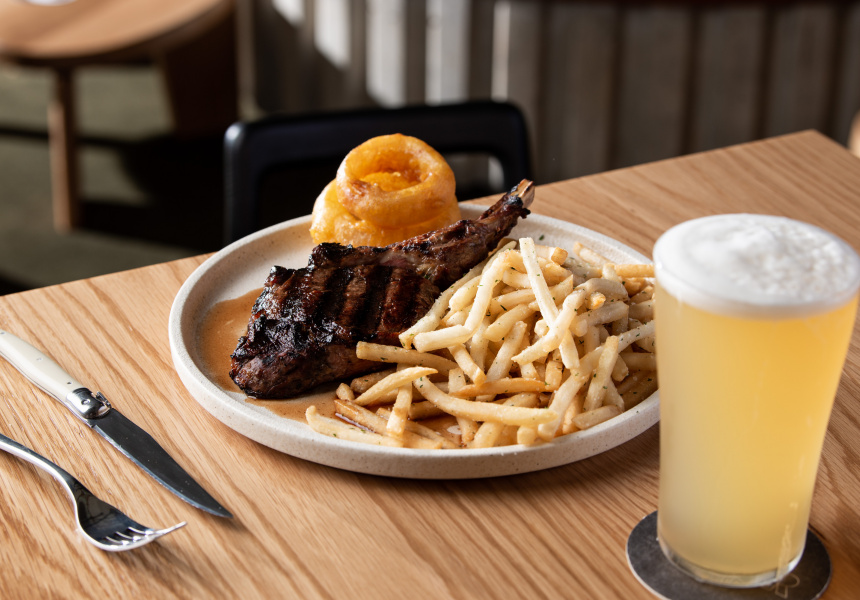 The north-west Sydney suburb of Dural waited eight years for The Vicar to reopen.

After nearly a decade of renovations, the 2249-square-metre former sheep-shearing sheds reopened, looking nothing like they once did.

There’s no trace of the hotel’s previous incarnation as a live music-focused tavern, hosting bands such as INXS and AC/DC. First established in 1974, The Vicar has been stripped back to highlight the dramatic structural beams in the ceilings. The floors are polished marble, and the furniture has a Scandi, après-ski vibe. The entrance, with its stepped white walls, is reminiscent of a contemporary art museum.

The venue includes a sports bar, a wine bar called Mrs Goldsmith and a restaurant named Wakefield’s, in a nod to the venue’s origins as The Vicar of Wakefield hotel. On the outdoor terrace is the Northside Brisket Bar, where punters can order pork, beef brisket and steak rolls.

Executive chef Leigh McDivitt (Banksia Bistro, Est) has created a menu of elevated pub fare, with plenty of hearty meat dishes cooked on the rotisseries. The juicy whole chicken is roasted in oregano and smoked paprika, and the bistecca alla fiorentina (T-bone) and lamb shoulder are big enough to share between four. One of the benefits of opening a venue 36 kilometres from the CBD is the journey from paddock to plate is short, with local produce prepared in the on-site kitchen.

At the wine bar, the menu is focused on small plates, such as the cold-cut dish featuring San Danielle prosciutto, spicy ’nduja, Wagyu bresaola and fennel salami. And while the wine list at Wakefield’s is good, the wine bar is where the impressive – mostly Australian – stuff is.