After a career spanning more than three decades, Neil Perry opened his first solo venture, Margaret, on the corner of Double Bay’s Bay Street and Guilfoyle Avenue in 2021.

The menu leans towards seafood cooked over Perry’s beloved woodfire grill. And while the outstanding burger does hint toward a more relaxed vibe, Margaret isn’t a casual eatery. Sydney Rock oysters are stored in a dedicated fridge, which runs at 14 degrees. Large dishes include lobster with sambal butter; Copper Tree Farm beef; and wood-rotisserie chicken with a smoked eggplant puree. For dessert, there’s the Memories of a Mirabelle Tart – a riff on the famous date tart created by pastry chef Lorraine Godsmark at Rockpool.

Helming the kitchen is executive chef Richard Purdue, who worked at Rockpool in the ’90s, before returning to work with Perry at Rosetta. Richard Healey (ex-Rockpool Dining Group) is in charge of the extensive, Australia-focused wine program, which includes plenty of accessible drops.

Classic cocktails are also a cut-above the norm – Martinis arrive on monogrammed trays, and Margaret also lays claim to the “best Negroni in Double Bay”, made with all native Australian ingredients. 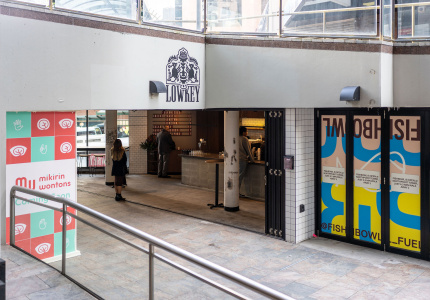