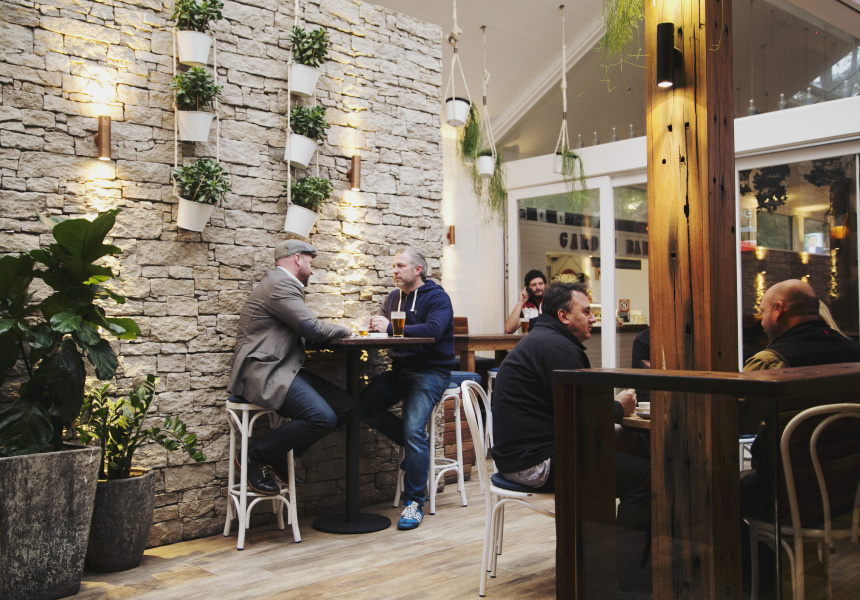 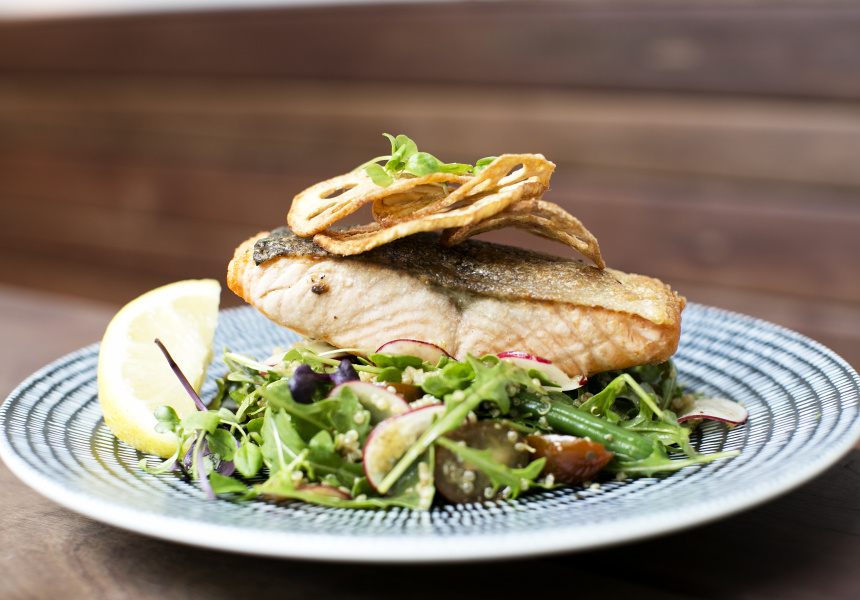 Ever since the Malouf brothers (Jamie, Justin and Ed) bought the Royal Oak in 2011, they've been tearing down walls.

Over the course of four years, the public bar was enlarged; a new garden bar was built (and served as the site of Tony Abbott's infamous beer skol); and most recently, the first floor of the pub was gutted to make way for a new bar and adjoining rooftop.

The redesign by Humphrey & Edwards Architects is most evident upstairs. Original brickwork has been exposed, comfortable drinking spaces carved out and a long and very pretty bar built.

Outside, the rooftop space – named Phil's, in honour of the Malouf’s late brother who was lost to cancer at age 22 – offers open-air drinking against a backdrop of Double Bay leafiness.

At the bar, Stone & Wood, Coopers and Young Henrys are on tap. The wine list is heavy on chardonnay and sparkling (this is Double Bay, after all) and the cocktail list is largely comprised of classics.

Share plates, such as spicy chicken wings with blue-cheese dipping sauce, make up a big part of the food menu. Mains include chicken schnitzels, fish and chips, burgers and steaks. There's also pizza, whether it's a classic margherita or a fully laden salami, chorizo, capsicum, onion and mozzarella number.