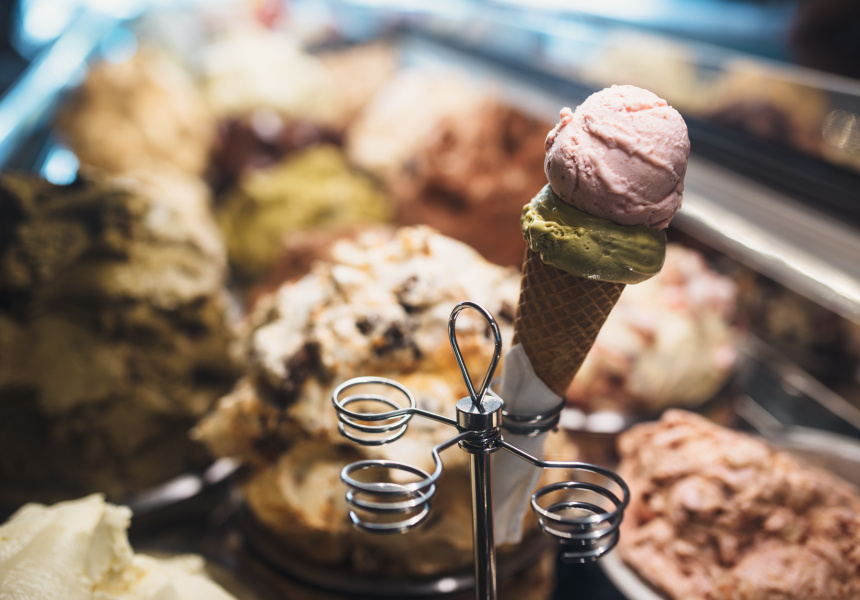 Every proud Sydneysider has eaten at Gelato Messina. Whether it’s winter or summer, those instantly recognisable, orange-and-green cups can be spotted all over the city. It’s that good.

For something so “Sydney” it’s funny to think it was a guy from Adelaide who started it all. Nick Palumbo moved here in 2002 because he knew his home city wasn’t ready for what he had to offer. Darlinghurst got the honour instead.

Now there are at least 15 stores spread across the east coast, and one in Las Vegas. Step into any and you’ll be presented with a 35 permanent flavours, including apple pie; pistachio; coffee; white chocolate and macadamia; and strawberries and cream.

Messina’s initial success was built on these from-scratch flavours. The chain patiently makes its own yoghurt (a 24-hour process), bakes its own brownies and roasts its own hazelnuts. Artificial colouring and preservatives have no friends here.

In more-recent years it’s the brand’s five weekly specials that have set social media alight and turned it from a modest success into the most popular and lucrative gelato chain in Australia.

On weekdays a new flavour is released simultaneously at every store and stays on for seven days. And there have been some outrageous creations. Take Monkey Business: caramel gelato with Nutella and chunks of banana bread mixed through it. Or So Wrong, It’s Right: caramel cheesecake gelato, duck fat, crushed potato chips and bacon marshmallows. You get the idea.