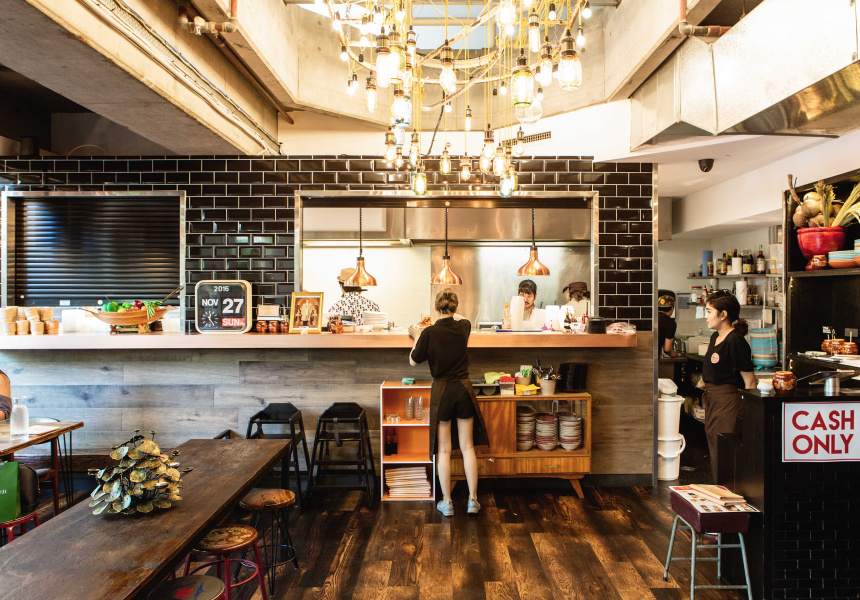 OHBAR 1982 captures the balance between Thai tradition and trends popular in Thailand now. Just to give you an idea, on its drinks list, alongside its popcorn-flavoured Pina Colada, there’s a drink so old-fashioned it’s rare even in Bangkok.

If you’re just drinking ya dong, sit at the recycled tabletops and order esoteric regional dishes such as corn som tum (green papaya salad); stir-fried petai beans; or sour-pork-and-coconut soup. You’ll be experiencing something akin to a street dinner in semi-rural Thailand.

The central idea is to bring traditional dishes from each of Thailand’s four regional cuisines to one menu – things like southern fermented-fish curry; northern Thai-style chorizo; and a tempura-style fried agasta (a soft flower pod) and prawn salad. There’s Thai art on the walls and the furniture has been imported from Thailand (some of the tables were sourced from a high school).

But you can have a completely different experience here if you focus on the modern drinks; the restaurant’s canopy of hanging light bulbs; the bright signage and the experiments in Japanese-Thai fusion.