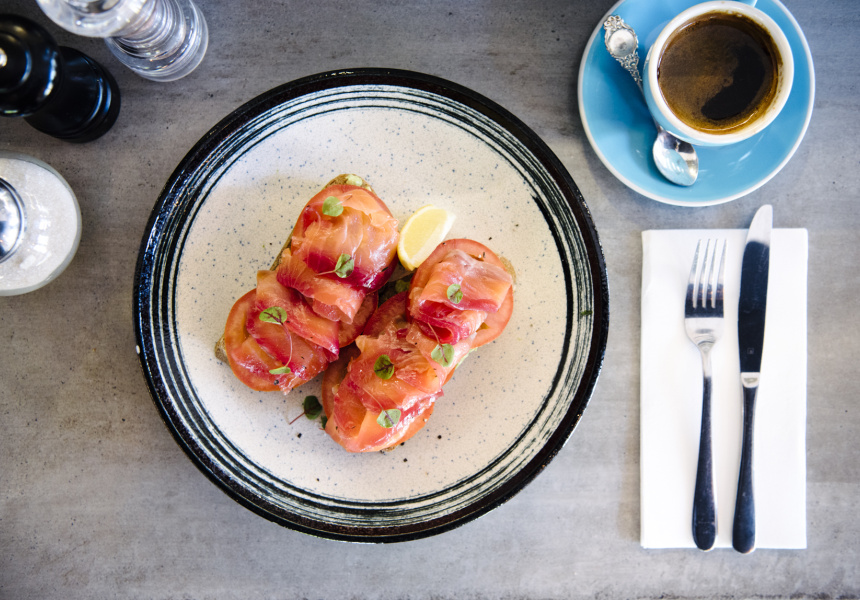 After six years baking at Organic Bread Bar in Paddington, Andreas Rost felt ready to open his next venue.

Most of the baking for this eatery is done in the original Paddington bakery, but a few goods, such as croissants and sausage rolls, are baked on-site. The menu is split into breakfast and lunch. Eggs on toast, the bacon-and-egg roll, and sourdough with organic butter all feature loaves from Organic Bread. The kitchen is fitted with a brick pizza oven, too.

Pretzels cooked in the style of Rost’s native Strasbourg come with a dip of smashed avocado and a mango, coriander and chilli salad. While Bavarian pretzels are uniformly plump and fluffy, Strasbourg pretzels have a thinly rolled end and a fat or “belly” side to showcase two textures and flavours.

It’s a modern space with industrial touches such as exposed brick and ductwork. The kitchen is open to the 32-seat cafe area; there’s a narrow row of tables on the footpath. The day’s offerings, including pastries and bread, are on display around the room.