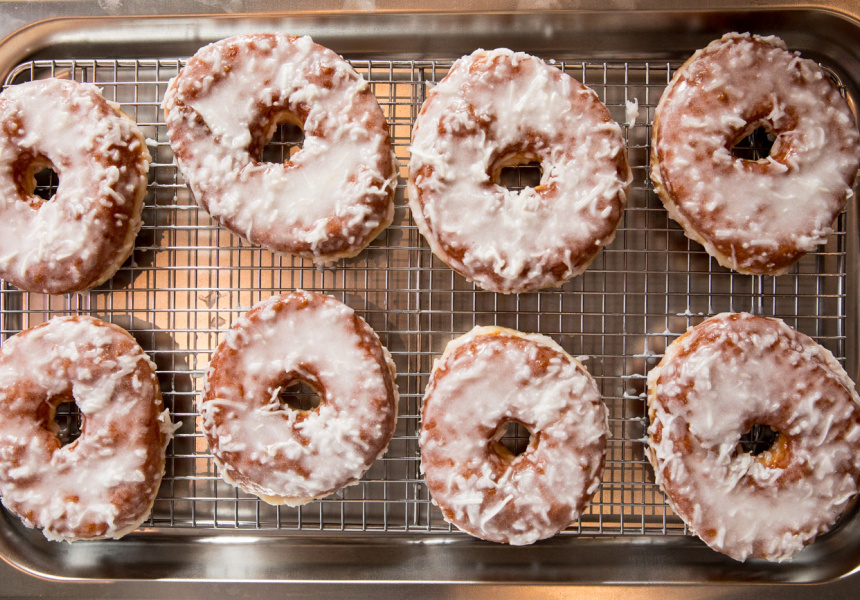 What do tamales, cheeseburgers, doughnuts and scoops of cookie dough all have in common? They involve dough, and they were chef Dan McGuirt’s favourite foods when he was growing up. He’s the owner of Joe Dough, a tiny, mainly takeaway diner on the Kings Cross edge of Darlinghurst.

It took him seven months of experimenting on his days off to perfect his doughnut recipe. McGuirt prefers the airy, light and bread-y appeal of yeast-raised doughnuts. He also makes yeast-raised dough pucks, a small hockey-puck-shaped doughnut; long johns, elongated doughnuts with cream or jelly; and buttermilk crescent doughnuts.

The bread on his Reuben sandwich, the buns on his classic American cheeseburger and his tamales are all baked on-site. The tamales are traditional Mississippi-style: made with masa (maize) flour dough and a meat filler wrapped in a corn husk and submerged in a spicy cumin-tomato broth. It’s served here with sautéed crackers, coleslaw or pickles.

There are just a few tables – each with stools styled like stacks of doughnuts – and a front counter pouring American-style filter coffee and glazed doughnuts and scoops of cookie dough to go.