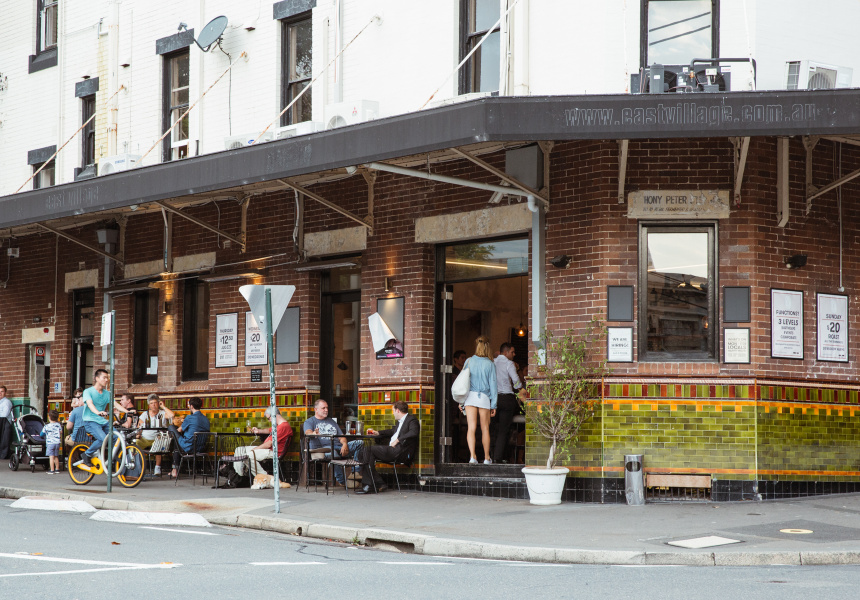 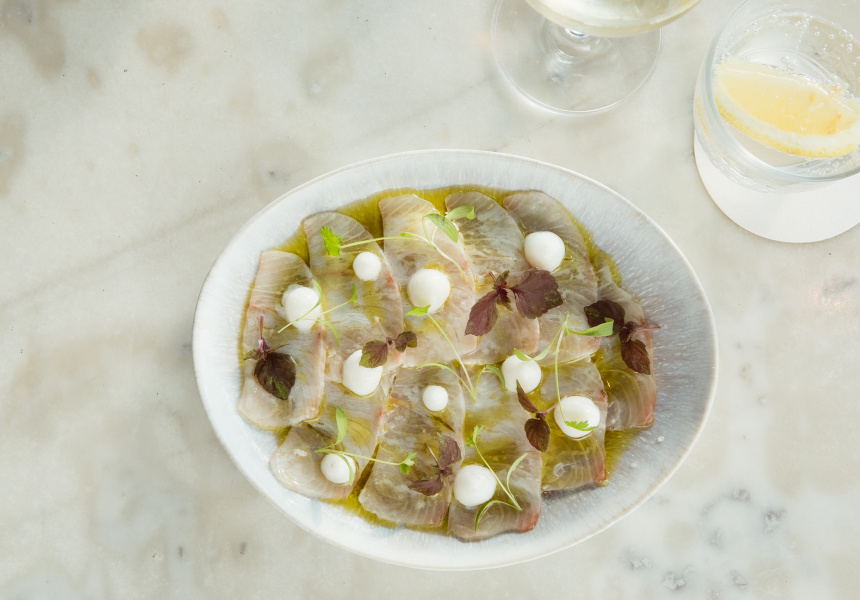 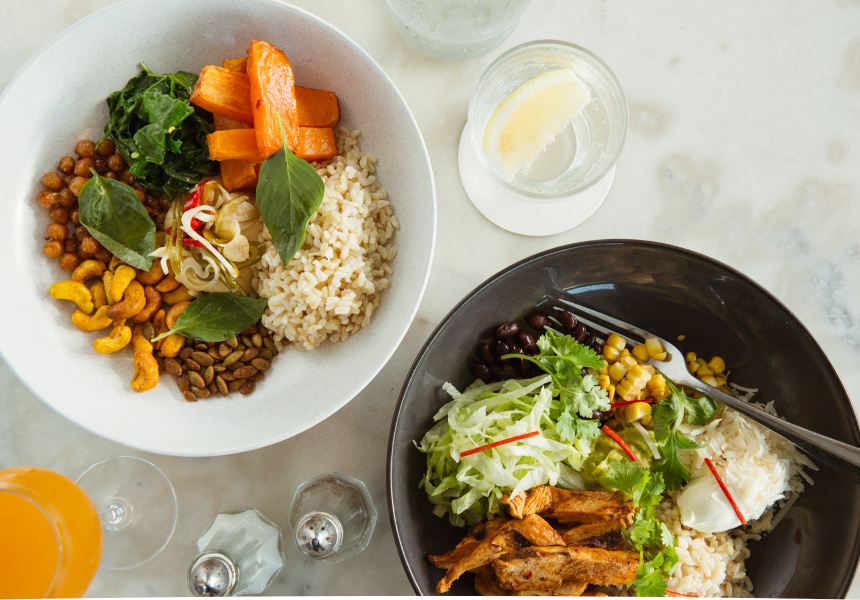 The East Village Hotel has been a hub for locals of Darlinghurst since the early 1900s; and once served as a popular underworld haunt. All that was swept away in 2016, when James Bodel and Locky Paech of Goodtime Hospitality group renovated and re-opened the pub with help from architects Alexander & Co (The Village Inn and Surly’s).

There are three distinct spaces.

The Public Bar, on the ground level, is a refined wine bar. The menu is a throwback to Paech’s adolescence. The reimagined pub meals include a flank steak served with a tarragon chimichurri; and a charcuterie board with a Scotch egg and chicken parfait. Here, you can see which wines have been opened by way of a light-up board, which flashes when the bottle is available. Every cocktail in the bar uses wine, be it sherry, fortified, rosé or sparkling.

The Roof Terrace, up one more flight, wows with its sweeping views of the city. The terrace has its own bar and kitchen with an emphasis on all things summery, including traditional cocktails and a large range of wines.

For winter in 2017, Paech has transformed the rooftop into a winter-garden theme, with over 4000 fairy lights and cognac hot toddies, warm mead and mulled wine. A winter menu will be available with dishes such as honey-glazed ham with spiced pear chutney, beef bourgignon and bratwurst.