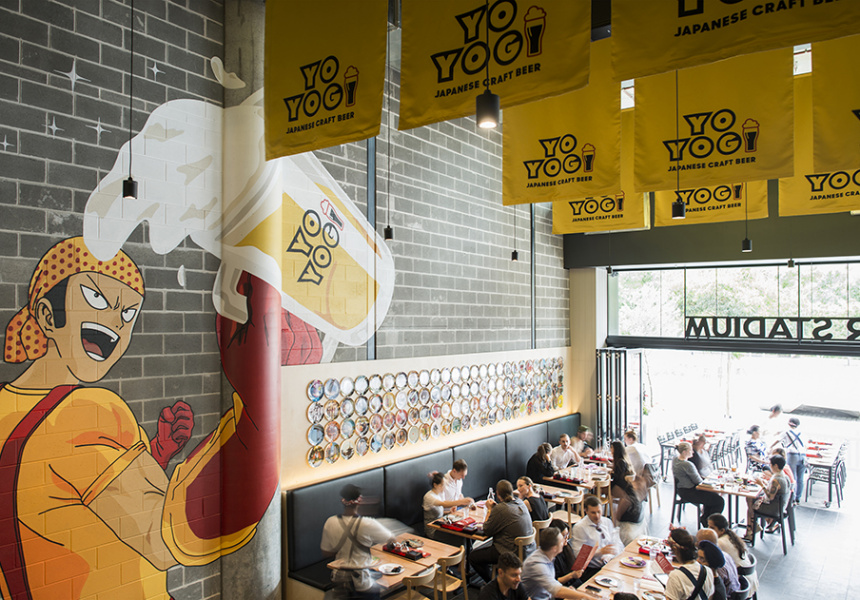 Harajuku is a famous Tokyo suburb renowned for bright lights, hip people and Japanese drinking dens. Gyoza are Japanese dumplings that here come in 14 varieties. Beer is self-explanatory, but this place makes its own in the four shiny 1200-litre tanks that stand tall behind the bar. In Japan a “stadium” is a sort of food court.

Harajuku Gyoza’s restaurants (not “stadiums”) can be found in Potts Point and Brisbane. It has another beer stadium on the Gold Coast.

This venue’s main dining room and tiered booth seating have the feel of a sporting ground. The high ceilings make room for the beer tanks, which brew sorachi hops pale ales, a dry rice lager and a dry apple cider under the beer brand Yoyogi. The beers here are from all over Japan.

In spite of the vast space, the eatery feels cosy. Just like at other Harajuku Gyozas, staff members call out “irasshaimase” to greet punters as they enter, and the menu is filled with comforting izakaya-style food (an izakaya is an informal Japanese bar).

There are traditional pork gyoza, and the cheesburger gyoza is an unconventional deep-fried variety served with ketchup, yellow American mustard and electric-green pickles.