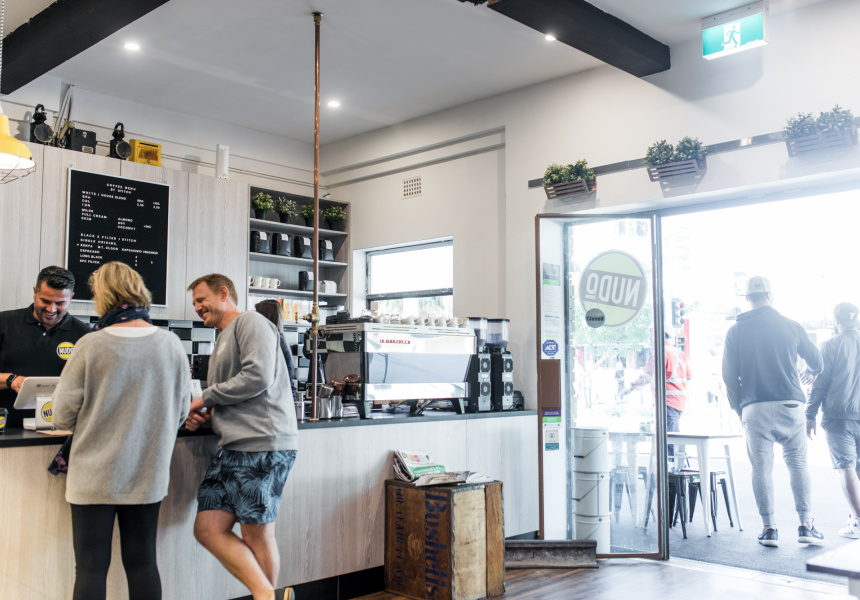 Most people can barely mumble before their morning coffee, but Sean Cahill is determined to make these people laugh. He and his wife, Bianca, opened Nudo Cafe at Cronulla train station in February 2017.

Cheeky and sometimes controversial quotes such as “I need a coffee the size of my ass” and “They call me coffee ‘cause I grind so fine” appear on the back of the takeaway coffee cups. Even if Sean doesn’t get to talk to these people, he hopes his cups are a conversation starter on their commute.

Cronulla train station opened in 1939. Nudo is the first cafe here since then. Because the space is inside a heritage-listed building, the plans alone took 11 months to approve.

At this location, it’s important that Nudo provides food and coffee quickly. To that end the Cahills had Boppl produce a mobile ordering app, which allows customers to order and pay in advance.

The grab-and-go menu uses produce from local businesses. Bagels and sourdough come from Thorough Bread, fruit from Fruitful Tree and coffee from Stitch.

Although the business is fast-paced, Sean also encourages customers to sit and chat for a while. With plans to expand to train stations Sydney-wide, Nudo might become a destination in itself. 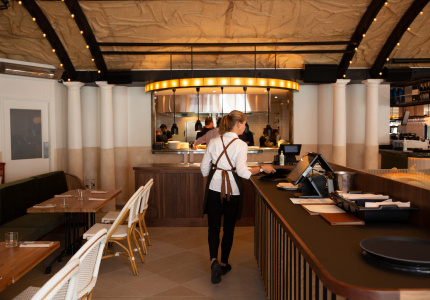 Now Open at Coogee Bay Hotel: Marrah Restaurant and Bar, With a Seafood-Heavy Menu and a New Cocktail List