What Does Sydney Really Think About the Lockout Laws?

From the Australian Drug Foundation to the Young Liberals, we read the review submissions so you don’t have to. Yesterday, the Independent Liquor Law Review released all the submissions it received regarding the lockouts. There were more than 1800 of them. Because I am a masochist, I decided to spend my Tuesday evening reading every single submission from an organisation (as opposed to individuals) to see what we can learn about how the debate is shaping up. Pity me, but pity Justice Ian Callinan, who is around 50 years my senior, and also has to read the whole lot, including the poor spelling, conspiracy theories and ALL CAPS.

This article summarises the formal submissions from across NSW in an easy-to-digest format, organised by “For”, “Unsure” and “Against” the laws. Those who espouse the same view are grouped together, so you can get the knowledge and get back to Snapchat.

Young Liberals
What they believe: There are alternatives to lockout laws, and all we are doing is punishing the collective rather than championing individual responsibility.

In a sentence: “The economic and cultural impact these laws have had on NSW has been deleterious.”

Interesting because: It’s not every day that an entire political movement actively opposes the leader of its party. Mike Baird must have really messed up, because even his own supporters are pissed off.

Alex Greenwich
What he believes: Greenwich is an independent, and in terms of his opinion, stands with the City of Sydney. He thinks we need to be able to retain public safety and look after our night-time economy. Also, the state has totally messed up public transport.

In a sentence: “People watching live music consume less alcohol; they engage with the show rather than line up for a drink.”

Interesting because: He was expected to go in to bat a bit harder. What’s going on at Town Hall?

Merivale
What it believes: Merivale, which has remained quiet about the lockout debate to date, now says the laws are having a negative impact on Sydney's businesses and culture. Justin Hemmes' company thinks the 10pm takeaway ban makes sense, but the lockouts and early closing times don't. The group wants wants more individual accountability, and for venues to be judged by their size, not incident numbers. That's probably got more to do with ivy's past reputation than anything else.

In a sentence: "It is in this context, as an established industry leader, with a reputation for knowing what works in Sydney and what doesn't, that Merivale provides this submission."

Interesting because: Hemmes cites a number of celebrities he's had to turn away from his venues because of these laws, including Drake, Ed Sheeran, Marilyn Manson, Madonna and the late, great Prince. He maintains this is damaging the city's reputation on a global stage.

FBi Radio
What it believes: Lockout laws have a serious impact on the health of live music, which in turn has an impact on the radio station. It also points to FBi Social, which suffered a loss, and was forced to close after the laws were introduced.

In a sentence: “It means less diversity in programming, and the already difficult task of earning a living as an artist in this city [is] even harder.”

Solotel
What it believes: Solotel runs, among other things, Kings Cross Hotel, Opera Bar, The Sheaf and The Bank Hotel. It believes lockout laws are a Band-Aid solution that simply moves the problem elsewhere, something they’d know as they are everywhere.

In a sentence: “In 2012, the [Kings Cross] hotel had 12 bands a week playing on different levels of the venue. Currently, the hotel has no bands playing at the venue.”

Interesting because: It indicates that the inner west, particularly Newtown, has far more foot traffic now. Bank’s liquor trading has gone up 90 per cent in three years.

MusicNSW, Music Australia, APRA ACMO, Association of Artist Managers and The Live Music Office
What they believe: Lockout laws will seriously damage Sydney and Australia’s live-music scene, which has far-ranging implications on culture, diversity, tourism and employment. Exemptions need to be made for live-music venues.

In a sentence: “With the next generation of talent forced to relocate, Sydney is depriving itself of the opportunity for industry renewal.”

Interesting because: This killer stat you can impress you friends with – more Australians go to live music each year than go to watch sport.

UNSURE ABOUT THE LOCKOUTS

The National Drug and Alcohol Research Centre and the Drug Policy Modelling Program
What they believe: There needs to be more consultation of a broader range of affected parties, rather than simply police and BOCSAR (Bureau of Crime Statistics and Research). Supply reduction obviously leads to harm minimisation, but this may be achieved in other ways.

In a sentence: “Attending to understanding mechanisms of change when evaluating the effects of this policy across all other domains is also an important undertaking.”

Interesting because: These guys are actually paid to conduct proper research into the effects of drugs and alcohol. It is literally their full-time job.

East Sydney Neighbourhood Association
What it believes: Who knows. These guys are utterly mad. Seriously, their minutes read like the worst strata meeting of all time. One minute they’re for it, the next minute they’re against. They say things like: ‘100 per cent of residents (with the exception of two people)’, which is definitely not 100 per cent.

In one line: “Sleep deprivation is classified by the UN as torture!”

Interesting because: Dwindling business in the Cross has, according to the association, moved all of the people who engage in sex work on the streets of inner Sydney to Stanley Street. This is mentioned a number of times.

National Alliance for Action On Alcohol
What it believes: Please read their name again.

In one line: “The 10pm takeaway-sales restriction is a very modest and appropriate restriction.

Tamworth City Council
What it believes: Lockouts are effective.

In a sentence: “The success of the local conditions over the past two years has been acknowledged by the NSW Police Oxley Local Area Command, and is evidenced by the reduction in alcohol-related street violence, property damage, break and enter and stealing offences (up to 40 per cent in some categories)”

Interesting because: Tamworth is a regional home to live music like no other in NSW.

The Australian Medical Association NSW
What it believes: It totally supports the lockout. It thinks over-drinking is a scourge generally, which has little do with night-time activity.

In a sentence: “The negative effects of excessive alcohol consumption aren’t restricted to Sydney streets or even our hospitals.”

Interesting because: This report claims there were more than 10,000 incidents of alcohol-related domestic violence in NSW in one year (2010-11). And we’re worried about nightclubs.

The Australian Drug Foundation
What it believes: The lockouts are working, precisely because they are a multi-pronged response with early closures. Just lockouts alone do not work.

In one line: “The ADF is impressed by the evidence collected post-intervention that indicates the level of late-night violence has fallen considerably”

Interesting because: This is an early-intervention group advocating a law that is arguably a late intervention.

The Cancer Council
What it believes: Alcohol causes cancer. Lockouts mean less people drink, or binge drink. Ergo, less cancer. Keep the lockouts and extend them across the state.

Interesting because: Nobody really thinks about cancer much in this argument.

Australian College for Emergency Medicine, Royal Australian College of Surgeons, The Australian Medical Association, Police NSW, National Alliance For Action on Alcohol, St Vincent’s et al.
What they believe: Keep lockout laws, there is medical evidence that supports their effectiveness. Not only that; extend them across the entire state.

In a sentence: “We would like to take this opportunity to congratulate the NSW Government for showing strong leadership in introducing the Liquor Amendment Bill of 2014.”

Interesting because: We were not being lazy by grouping these guys together. Most of these submissions are identical. There is one real lobby on this side of the argument, and it’s this one. These organisations are all signatories to the NAAPA (NSW and ACT Alcohol Policy Alliance) and endorse one another.

If you want to subject yourself to yet more, head here.

Or do one better and support Keep Sydney Open. It’s got a serious battle on their hands. 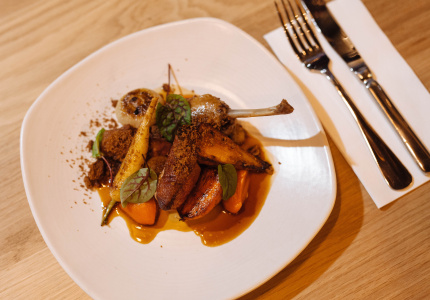