If you signed up to join the new political party, now’s the time to let the NSW Electoral Commission know. Keep Sydney Open (KSO) has called on those who’ve signed up to join the Keep Sydney Open Party – but are yet to make their application official – to post back the member survey letter they would have received from the NSW Electoral Commission.

“NSW Electoral Commission letters have hit the mailboxes of everyone who signed up to the Keep Sydney Open Party,” the group announced on Facebook. “It's important to send it as soon as you see it... no faffing about. And please remind your pals as well.”

The community activist organisation was formed in 2014 by Tyson Koh, to protest against the Baird government’s “lockout laws”, which imposed tight restrictions on inner city venues including a 1.30am lockout. It has held a number of rallies and events, and attracted tens of thousands of supporters.

Last year, the group floated the possibility of becoming a political party in order to vie for seats in the NSW Upper House at the next federal election, needing 750 official members in order to register as a party.

At the time, Koh said: “It’s been a year and a half since KSO had our first rally and since then we’ve had some really great wins. But it hasn’t changed the big problem: we still have lockouts. Business confidence is at a low in Sydney, and also we are still the laughing stock of other cities around the world. NSW is broken and sorely lacking in innovative, fresh ideas that put people first instead of developers and big business.”

Those who’ve flagged their interest in joining the party, and hence received a member survey letter, need to now return it to the electoral commission by January 31. If enough are sent, the commission will register the Keep Sydney Open Party.

KSO told Broadsheet the party’s concerns are broad and encompass issues such as the lack of 24-hour public transport and how to best utilise policing, noting that night-time venues and festivals are often unfairly targetted. “We hope to stand out, there are not enough voices in parliament addressing the nanny state NSW has become,” says Koh.

KSO is run by volunteers and wants Sydney to be a “free, fair and fun city”, noting that “nightlife at its best is a microcosm of utopia.”

“We want to extend that into politics,” says Koh.

To become a member of “The Keep Sydney Open Party” click here.

Letters must be posted to the NSW Electoral Commission prior to January 31, or you can take a clear picture of the form and email it to party@keepsydneyopen.com. 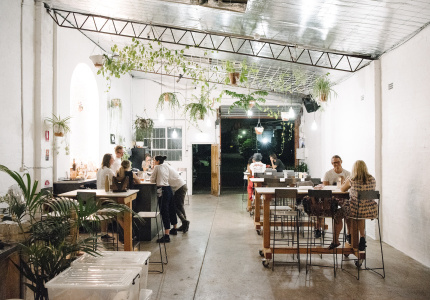