The collection is nothing to hiss at: it includes ghost bats, the two most venomous snakes in the world and Australia’s largest monitor lizard. 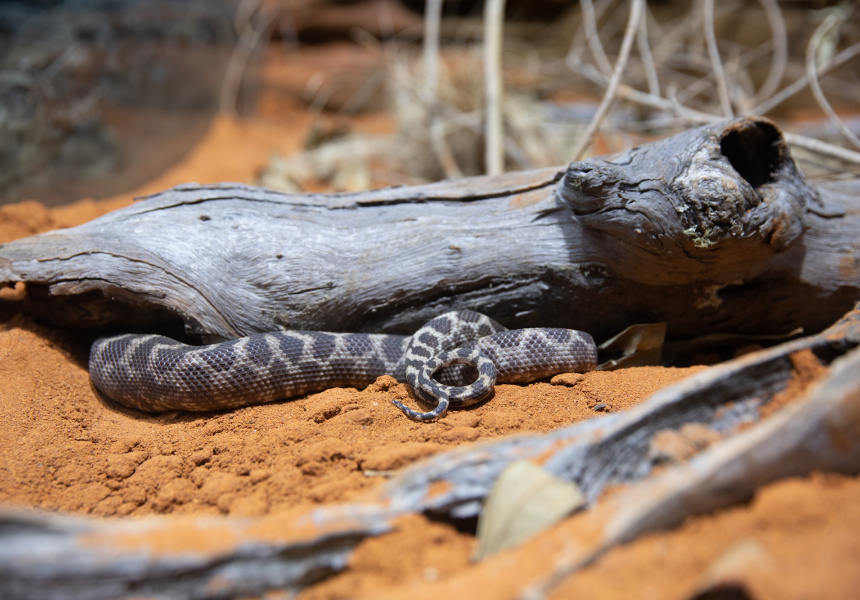 Sydney Zoo, which is slated to open in Blacktown in Western Sydney later this year, has revealed its reptile and nocturnal animal house – the largest in Australia. The habitat will be home to more than 20 nocturnal animal species and 40 species of reptiles.

Expect to see nocturnals such as the endangered spotted-tailed quoll, ghost bats (the only Australian bat that preys on large vertebrates such as reptiles, mammals and birds), brush-tailed possums, ringtail possums and spinifex hopping mice, which are commonly found in the deserts of central and Western Australia.

The snake species slithering into the building include the inland taipan and the eastern brown snake – the two most venomous snakes in the world – as well as scrub pythons, red-bellied black snakes, common death adders, tiger snakes and carpet pythons. The other reptilian rank and file includes the perentie (Australia’s largest monitor lizard, and the fourth-largest in the world), Boyd’s forest dragon, the lace monitor and the frillneck lizard. Plus there’ll be a bunch of insects: a giant burrowing cockroach, spiny leaf insects, Australia leaf insects and a giant grasshopper.

The building itself will be one of Australia’s first green-roof habitats. It’s been planted with native grasses to enhance sustainability, blend in with the natural landscape of the zoo, and to provide a stable climate for the critters inside. In keeping with the zoo’s other sustainable practices, the structure is solar powered and uses recycled storm-water run-off to fill moats and water gardens, and all animal and food waste is composted.

The reptiles and nocturnal animals will join the hyenas, cheetahs, chimps and zebras that took up residence in the zoo back in September. When it opens, it’ll have more than 2000 species prowling its grounds. Hidden barriers, boardwalks and water features will create an immersive, safari-like experience.

Sydney Zoo was founded by Sydney Aquarium owner John Burgess and his son Jake Burgess in an effort to support conservation in Australia and abroad. It will also participate in on-site breeding programs for endangered species. Staff have also worked with the local Darug people to offer a natural heritage program led by Aboriginal guides.