The puzzle is almost complete. 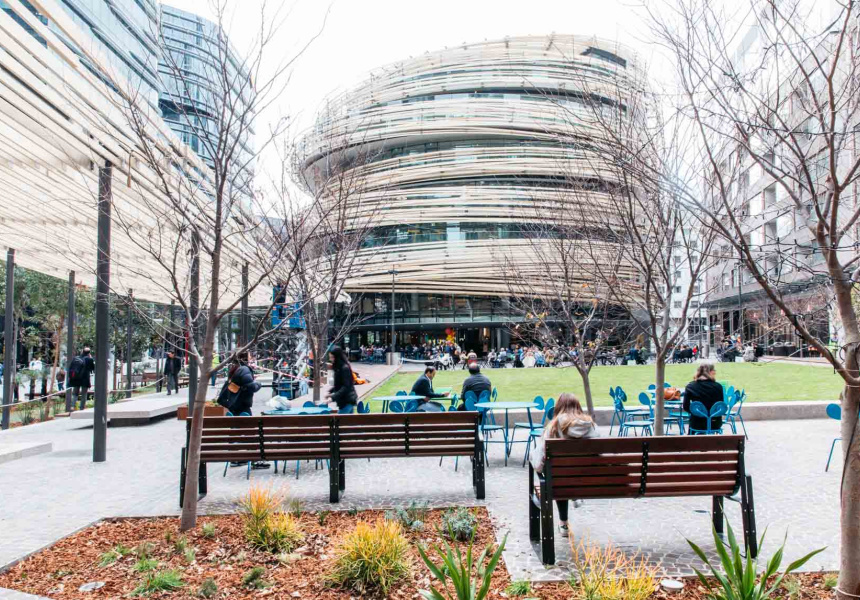 Almost five years in the making, businesses have been slowly emerging over the past year, culminating in the huge drop of launches last week that included Kerby Craig’s much-anticipated Pasta Wafu, a second Hello Auntie eatery and Andy Bowdy’s Saga Lyte.

Darling Square is the last stage of the NSW government’s $3.4 billion revitalisation of Darling Harbour, rising from the space once occupied by the Sydney Entertainment Centre and its car park. Other stages include the International Convention Centre, the ICC Theatre, Sofitel hotel and a redesigned Tumbalong Park.

The centrepiece is Kengo Kuma’s striking Exchange building – the one that looks like a tangle of wooden palings – which will house an enhanced Haymarket library (opening in spring), a child-care centre, a rooftop restaurant and bar and, on the ground floor, an upmarket food court, the now-opened Maker’s Dozen.

As its name suggests it’s got 12 food and drink outlets, many of which are from names already big on the Sydney food scene. Ume Burger’s Kerby Craig has teamed up with Banksii’s Hamish Ingham and Rebecca Lines for Pasta Wafu, a Japanese pasta joint where you’ll find miso in your bolognaise and marinated cod roe in your spaghetti.

Bubble tea lovers will get their fix at the new Bubble Nini outlet, and Fish & Co is putting prawns and scallops in hot dogs, and lobster in cheese toasties. Pick up Vietnamese bites at Mr Bao and Cabramatta favourite Bau Truong, and poke bowls at Fishbowl.

Match your food with drinks from Bucket Boys, which has 20 beer, cocktail and natural wine taps, plus a takeaway bottle shop next door.

Nearby, Little Hay Street is all about sweets and also has 12 retailers. Devon cafe’s latest concept, Dopa Donburi and Milk Bar is inspired by the neon-lit streets of Tokyo and will serve loaded milkshakes, matcha cookies and a variety of puddings.

Shortstop is selling doughnuts and coffee, and another Messina outlet has opened on the street. A variety of retailers, including K- and J-beauty store La Cosmetique, clothing store 15 Sheets, and glasses retailer The Spec, have all also opened.

Down on Harbour Street, Haven Specialty Coffee is brewing beans and Tea Shop Express is steeping tea leaves. And on Nicolle Walk an outpost of Marrickville’s Hello Auntie is putting a contemporary spin on Vietnamese. Also on Nicolle Walk ramen chain Hakata Maru Ramen is satisfying noodle cravings, and Kurtosh is serving its signature chimney cakes.

Golden Century spin-off XOPP and a second outpost of Cabramatta’s Tan Viet Noodle House are both slated to open later this month.

All of these join Steam Mill Lane, which opened in April last year. It has a number of eateries, including Belles Hot Chicken, 8bit, Edition Coffee Roasters, Marrickville Pork Roll and Italian join Il Bacio. 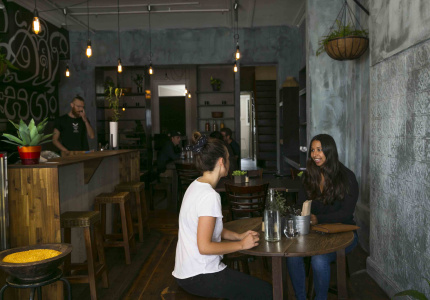