Sydney’s Controversial Lockout Laws to Be Scrapped Across the CBD

But the restrictions will still remain for Kings Cross. 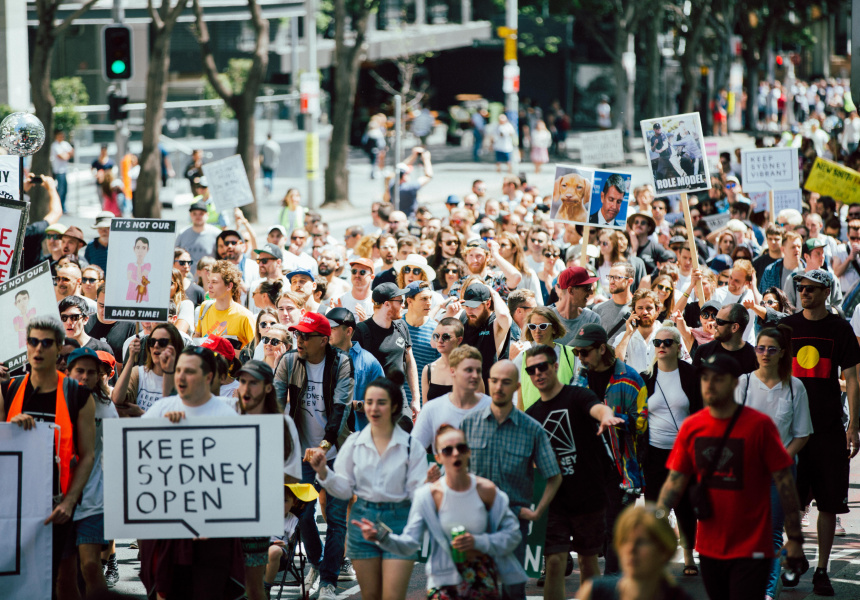 “It’s time to enhance Sydney’s nightlife,” said the NSW premier Gladys Berejiklian in a statement today announcing that Sydney's controversial lockout laws will be wound back for pubs, bars and clubs in the CBD. The restrictions will, though, continue to remain in Kings Cross.

“Sydney is Australia’s only global city and we need our nightlife to reflect that," she said.

Berejiklian will introduce legislation by the end of the year to repeal the controversial laws that were introduced in 2014 because of a spate of alcohol-related violence in the city centre. The laws prohibited patrons from entering pubs and clubs in the CBD and Kings Cross after 1.30am and stopped bars from serving drinks after 3am.

The Berejiklian government faced increasing pressure from the public and industry groups, such as Keep Sydney Open, who claimed the laws destroyed the city's late-night economy.

Today the premier said the night-time economy was a key driver of jobs in the city and they should be protected, but added, “Community safety will always be a major focus for my government, but we certainly need a balanced approach.”

Keep Sydney Open responded to the news on Facebookby saying "this is a huge moment."

"Years of campaigning has led us to this point, and we should all be very proud of our dedication and persistence.There are still many details that are unclear. Why is Kings Cross left out? What about a Oxford Street? When are closing times? Either way, we will all need to pitch in to rebuild our city’s nightlife, live music scene and culture from this point on."