Sydney Roads Will Be a Mess This Sunday

The marathon means major roads will be closed throughout the city – including the Harbour Bridge. 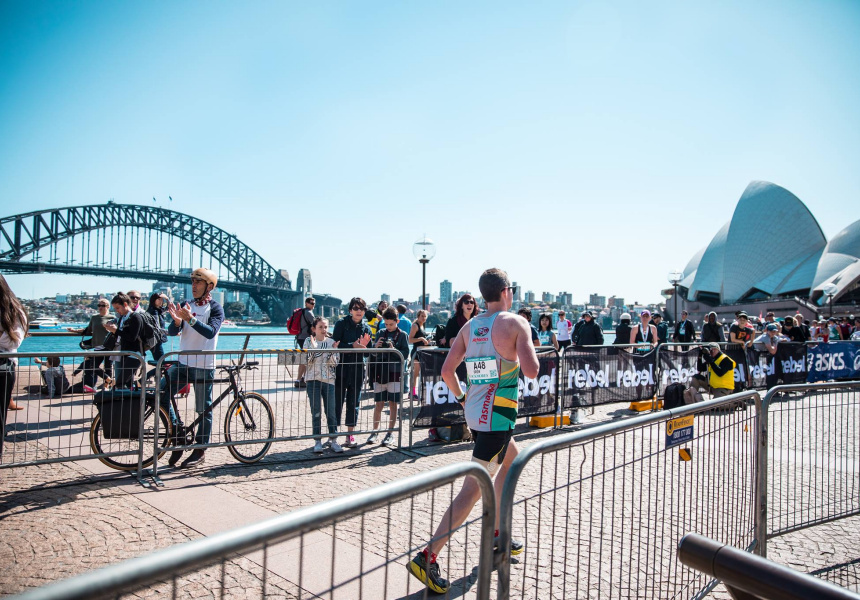 While 35,000 Sydneysiders pound the asphalt on foot during the Sydney Running Festival this Sunday – including the marathon, half marathon, 10-kilometre bridge run or the 3.5-kilometre fun run – the poor schlubs on wheels will have to do a little planning if they hope to make brunch on time.

Between 4am and 1.30pm, there’ll be significant road closures along the course, which extends across the Harbour Bridge to the Opera House and includes the Western Distributor.

Several major roads in the CBD, The Rocks, Milsons Point, Pyrmont, Darlinghurst and Moore Park will also be closed.

Transport NSW advises runners, volunteers and personal cheer squads heading to the festival to opt for public transport to get to the start line at Bradfield Park, Milsons Point and has scheduled extra trains and buses for the event.

The closest train station to the start is Milsons Point on the T1 North Shore Line; buses won’t be your best bet either, given road closures; and ferries are a popular choice but will fill up.

The Harbour Bridge reopens at 11am and all southbound traffic will be diverted via the Sydney Harbour Tunnel until it does.

The Western Distributor reopens at midday and before then all city-bound traffic on the Anzac Bridge will be diverted into the city via Bathurst Street.

In the CBD and Circular Quay, Bridge Street, College Street, Macquarie Street, Hunter Street, Phillip Street and Young Street will all be closed until 11.30am.

Flinders Street and Oxford Street in Darlinghurst, from College Street to Darlinghurst Road, will be closed until 11am.

Pyrmont’s Pirrama Road, Murray Street, Bowman Street, Union Street will closed until 12.30pm and northern end of Pirrama Road will close from 1am.

At Moore Park Lang Road, Moore Park Road and South Dowling Street between Fitzroy and Oxford streets will be closed between 5.30am and 11am.

Even cyclists won’t make it through Centennial Parklands before 11am.

In short, it’s likely to be tricky traffic-wise, so if you’re not headed to the festival maybe opt for brekky in bed, take public transport or leave plenty of time for twiddling your thumbs behind the steering wheel.

Full details of the closures, including area-specific maps, can be found on the Sydney Running Festival website. Check here for updates during the event.