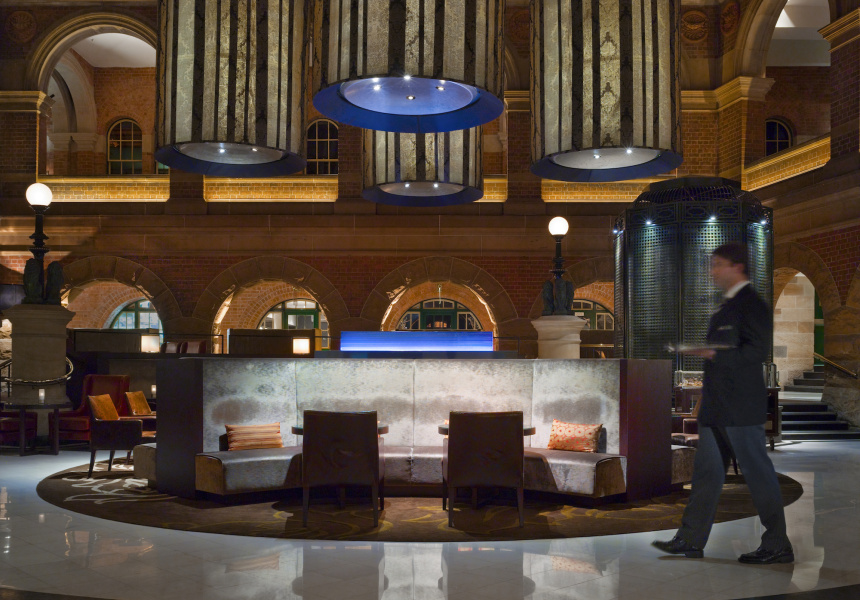 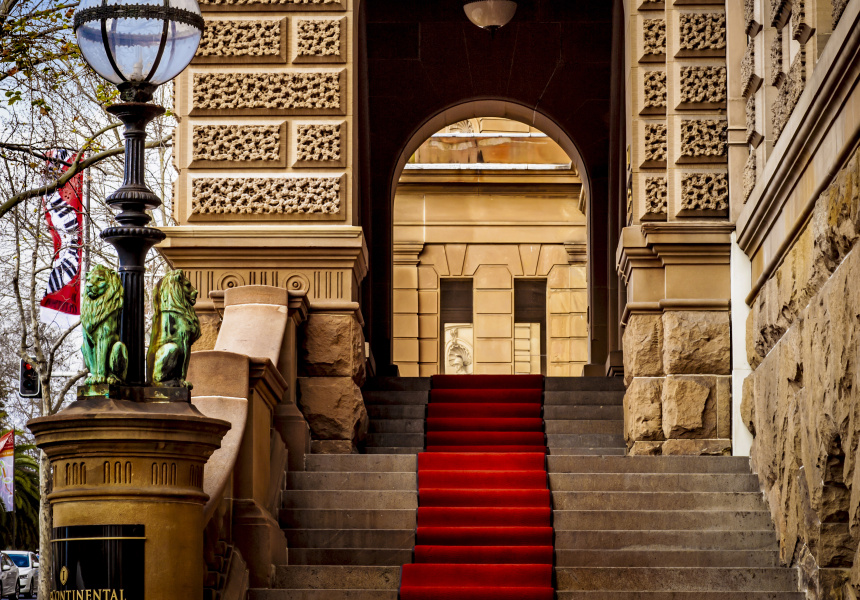 One in three Australians suffers from issues with sleep, often waking in the early hours of the morning or unable to get rest at all. For those who are always awake, we present a monthly short-story series about the side of Sydney that never sleeps.

There were only three front-of-house staff on the floor at 2am at the Intercontinental Sydney, and the night concierge was by far the busiest. While Penny at the front desk occasionally had a few bleary check-ins from red-eye domestic flights, the concierge’s shiny black phone regularly rang off the hook.

Some evenings, when the hotel was half full, the concierge worked the entire floor alone, but a strange demand could still come in any moment. Foreign dignitaries requesting freshly shucked oysters, nouveau riche 20-somethings looking to get into the Ivy. It was the concierge’s duty to fulfil such requests by any means available. Making the impossible possible was his unofficial job description.

The concierge was young but exceptionally talented. He had completed hotel school with distinction, the same distinction with which he applied himself to almost every aspect of his job. His uniform was always impeccable, hair neatly parted and green eyes disarmingly warm as they gazed at guests across his desk. He would not have thought of himself as attractive, for self-reflection was not something a concierge had time for, between the 11th hour reservations at Automata or ARIA, convoys for secretaries of state and former presidents, yet there was something enchanting about him.

Others noticed, of course. The girls at the bar, hanging around after their shift, Penny, the chatty ladies of room service, a couple of bell boys, too. But if the unspoken rule of hotels is that everyone was sleeping with one another, someone had obviously forgotten to tell our fine-looking concierge, who remained devoted to his role with the scrupulousness of a new army recruit.

It was not an overstatement to say he was the last person anyone expected to see on the front page of the newspaper that Friday morning.

The concierge had no interest in magazines and rarely watched his small television. He preferred fiction, devouring Rushdie and Roy, Marquez and Allende, with a fondness for epics set on continents he would never visit. It is through this disconnected haze that the world’s most famous pop star entered late one evening, placing his hands on the marble countertop and asking the only person in the building who had never heard of him to help find a way for him to discreetly practise piano at the Intercontinental.

It remains unclear exactly how the pair fell for one another, but tabloid timelines tell us it must have been quick. That their affair was kept private for over a week, in addition to the pop star’s very presence in the Intercontinental being obscured for a number of days, was a modern miracle.

All that is known is that at 2.15 on a Thursday morning, the concierge stared at this new visitor and finally recognised within himself the same longing that he had been reading about for so many years. The guest was wearing a deep blue bomber jacket adorned with sequins, and his face, which had an almost otherworldly symmetry, was framed by a perfect peroxide-streaked bouffant.

“A piano,” he was saying, softly. “I’ve heard you guys have one here.”

It was obvious he wasn’t referring to the Yamaha in the lobby, on which a man would sometimes play the standards – Autumn Leaves, Cheek To Cheek, Georgia On My Mind – filling the bones of the old building with a sense of timeless familiarity. The concierge, not yet aware that the pop star had more top 10 hits under his belt than The Beatles, was nonetheless conscious that he was someone of relative esteem and quickly found a solution.

The shell of the building around which The Intercontinental was constructed was one of the oldest in the country, having originally functioned as the Treasury from the late 1800s. It fanned out high above the lobby area, with private chambers carved into its sandstone frame. Within one such room there was a beautiful, jet-black Steinway hidden behind a velvet curtain. He was prone to snooping, making full use of a role that came to life when most guests were asleep. Many times the concierge had stared at this piano, too timid to touch it. Perhaps, he thought, this was his chance to finally see it in action.

Unlike the concierge, breaking protocol was part of the pop star’s job description and it was something he did with ease. Having confirmed the existence of the piano, he curtly dismissed his security guards, hovering about aimlessly in a nearby alcove. The concierge abandoned his post to show the pop star to the Treasury room. They started up the winding stairs, barely making it beyond the first few steps before the pop star quickly took the concierge’s hand in his.

The pop star was not seen in the lobby, or indeed anywhere in the hotel, for the remainder of his stay. The concierge arranged all of his comings and goings, colluding with the room service ladies to ferry the pop star out of the building and to his waiting car in a laundry cart. As a result, when they kissed, as we now know they did at on at least four occasions, the pop star often tasted to the concierge like stale bed sheets.

Each morning, at exactly two forty-five, they would meet in the room with the piano. The pop star would pound the keys like Jerry Lee Lewis, confident that no soul stayed in this part of the building. He would dedicate these songs to the concierge, who astoundingly still did not know the full extent of his fame, and the concierge would swoon, wanting to tear off his vest and pressed shirt and be consumed by the pop star, but settling for being able to sit next to him on the leather stool, his arm around his waist, watching him play.

The fans found out before the paparazzi, as they often do. On the fifth morning, they were waiting outside the doors in their hundreds, holding signs covered in glitter, blocking the concierge’s way as he left for the day. The concierge suddenly found himself cursed with a knowledge that was almost biblical; the pop star’s full name. Googling him on the train ride home, he would receive nine million results in less than a second. This is when he realised with some sadness that he would never work in a hotel again.

It is perhaps this sense of inevitability that drove the concierge and the pop star back together that final evening, despite significantly higher stakes. By now it had become clear the pop star’s anonymity gambit had failed. Magazine editors called to make ambiguous enquiries, hanging up before Penny could take their details. Extra security was employed to root out paparazzo posing as guests, sitting casually in The Cortile cafe with telephoto lenses bundled in their jackets, ordering tea that always went cold.

In all of the stories the concierge had read, great loves spanned eras, sometimes even transcending the human body itself. It seemed particularly cruel to him, then, that he should have to share his first real sweetheart with an entire generation. It’s not known what he and the pop star talked about during this final dawn tryst but thanks to a guest, who claimed to have overheard snatches of conversation as he stumbled out of the Supper Club in the early hours of the morning, we have an inkling:

“What do you want me to do, Martin? Take you with me? To every radio interview, every long haul flight, every fucking sponsored appearance? You don’t want my life. You don’t want to be in it or part of it. You just want the drama, like they all do.”

The photograph was so good that the grizzled entertainment editor – who watched it rapidly download onto his screen at four that same morning – instantly doubted its validity. In 21 years he’d never seen a paparazzi snap in such high resolution, not to mention the framing and lighting. Like everyone involved, he could not have known the anonymous photographer was not one of his own, but Penny from the front desk, who had waited five nights hidden in a nook across the atrium to get the shot just right.

Even after the concierge resigned, Penny never came forward, forgoing a bounty of almost a quarter of a million dollars. Her shot became a study in modern love, both unrequited and unconditional. It would also become a boon for The Intercontinental, which was fully booked for the next year as eager culture vultures pored through the old building trying to recreate the concierge and the pop star’s final moments together.

Newspapers across the world all proffered different headlines. Some were humorous, others indignant. The pop star eventually faded from view, only to reinvent himself a few years later with a new look, that beautiful bleached hair replaced by a neat part which looked suspiciously like the concierge’s, who was never heard from again.

The Intercontinental staff, who had lived to hear a thousand secrets, were trained to overlook just as many. But decades later, none of them could forget that moment of quiet intimacy, captured furtively in the early hours of the morning, in a grand old hotel in Sydney. 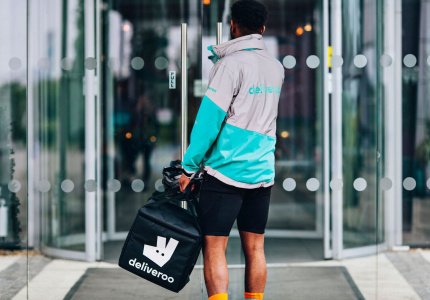 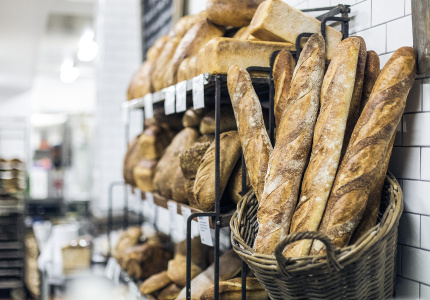 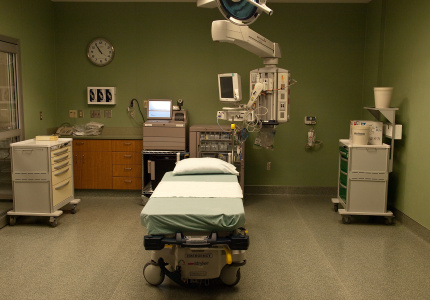