Plastic straws, cotton buds, stirrers and lightweight plastic bags are being given the heave-ho in a new plan to stop 800,000 tonnes of plastic from entering landfill and waterways. Plus, every household will receive a separate bin for food waste. 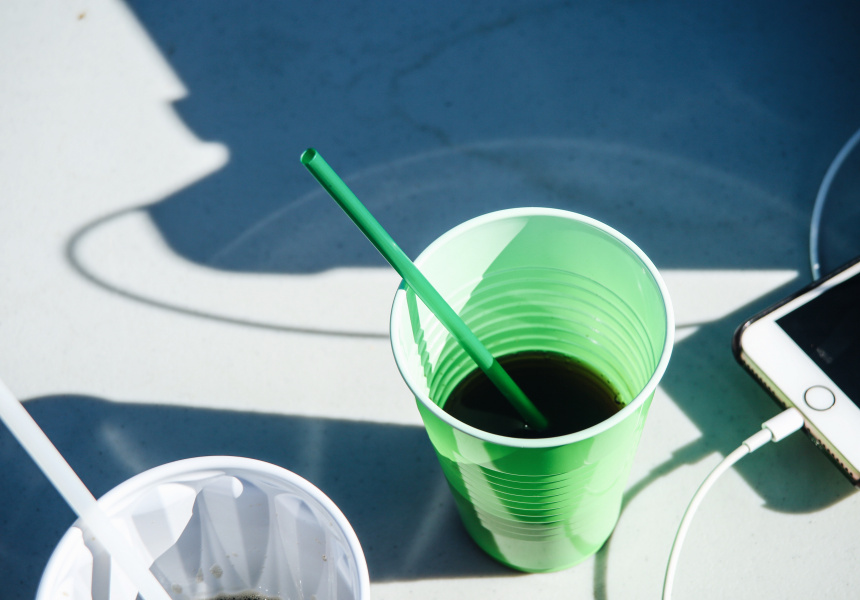 The NSW Government announced over the weekend that much of the state’s single-use plastic is set to be phased out by 2025. The government has pledged $356 million to reduce waste and increase recycling, in a plan that is estimated to prevent some 2.7 billion items of plastic from entering the environment and waterways over the next 20 years. New South Wales is responsible for one third of the country’s total waste – around 800,000 tonnes of plastic a year, only 10 per cent of which is recycled.

The government has broken its plan into six stages, in an effort that not only aims to curb the amount of new plastic being created, but also redirects existing plastics into a circular economy so it doesn’t enter landfill or the environment at such high rates.

Six months after the legislation’s passage (expected to be at the end of this year), light-weight plastic shopping bags will be cut. Six months later, plastic straws, stirrers and cutlery, polystyrene food-service packaging, cotton buds with plastic sticks and microbeads in skincare products will be phased out. (Those with disabilities or other special needs will be allowed to use plastic straws, as needed.)

The government has stated that it will even phase out compostable plastics, as they only break down in industrial composting facilities and people rarely dispose of them properly. It will also aim to help plastic producers transition to new materials and processes, via a $10 million fund to reduce the use of virgin and hard-to-recycle plastic and increase the use of recycled plastic in new products.

Stage three of the plan will redirect plastic medical waste from landfill back into a circular economy, while phase four will force tobacco companies to take responsibility for the environmental impacts of cigarette butts. Action five will aim to prevent nurdles – small plastic pellets used to make plastic products – from entering the environment, and action six will support research into further understanding the ongoing impacts of plastic.

“We can't keep sending our scraps to languish in landfill when there are huge opportunities to turn our trash into treasure. This will not only deliver on our commitment to achieve zero emissions from organics in landfill by 2030, but will also grow our economy by extracting more resources like biogas from our waste,” said NSW environment minister Matt Kean in a statement. He also committed the government to prioritising recycled products in its own procurement processes.

The commitment follows a pledge by federal, state and territory leaders back in April to phase out single-use plastics by the end of 2025. According to the Australian Marine Conservation Society, NSW is the last Australian state or territory to ban lightweight plastic bags; South Australia has already banned plastic straws, drink stirrers and cutlery, while a ban on those items will come into effect from September this year in Queensland.