You’ll be able to visit once public pools are allowed to reopen. And entry will be free for the first two weeks. After almost two years and an $8 million restoration, Balmain’s Dawn Fraser Baths are reopening to the public. The historic harbour pool – affectionately called “Dawny’s” by locals – will reopen as soon as public-health restrictions allow, with the winter swimming season extended and free entry for the first two weeks. Dawny’s (which opened in the early 1880s) is the oldest remaining harbour pool in Sydney, and the home of Australia’s first swimming club.

A host of restoration works were undertaken to maintain the facility’s safety, conserve its heritage and ensure it’s protected against rising sea levels. Improvements include raising the boardwalks and ground-floor levels of the entry building and southern pavilion, reconstruction of the southern pavilion, installation of solar panels on the northern pavilion, and updates to surrounding paths and seawalls.

Some 70 per cent of the southern pavilion’s timber needed replacing, and it was found that the same pavilion and its boardwalk didn’t have any structural foundations, which necessitated drilling into the rock up to 10 metres underwater.

“While it’s been a long, hard fight, together we have now secured the future of Australia’s oldest and most beautiful harbourside pool for generations to come,” said Inner West Council mayor Darcy Byrne in a statement. Byrne fought for money from both the council and the NSW Government to be diverted into the restoration project.

“This is a place that has enormous heritage significance but is also very relevant in a contemporary sense,” he told Broadsheet in 2018. “It’s still loved by hundreds of thousands of people across Sydney, still has great visitation. These are all important reasons that we have to save the pool, so that in 100 years’ time kids in Sydney are still able to go down and learn to swim there as I did.”

During the centre’s extended winter opening hours there will be daily yoga, Pilates and tai chi classes.

“I spent half my childhood there and it’s where I learnt to swim, so I know just how special this place is and how vital Dawny’s is to the social fabric of our community,” said Byrne.

The Dawn Fraser Baths will reopen once restrictions on public pools are lifted. 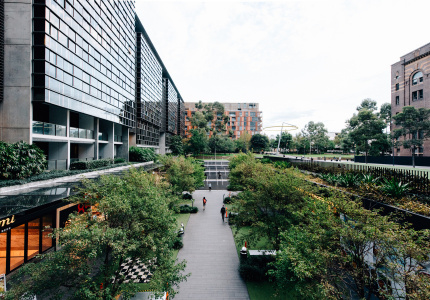 A New Mask Rule Applies in Sydney From Today