Purple Rain: Where to See Jacarandas in Sydney

Lavender-coloured leaves in Lavender Bay, purple petals in Paddington and a Jacaranda festival in Camden. 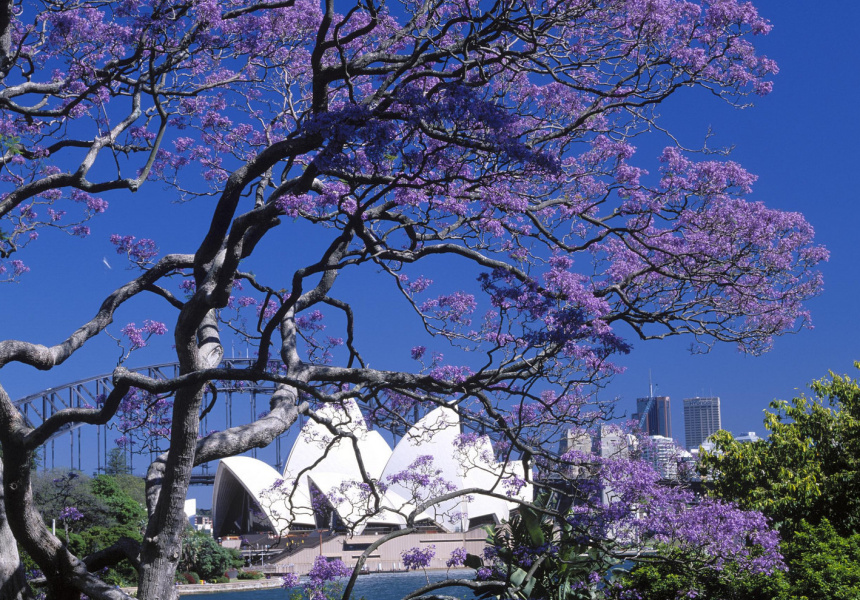 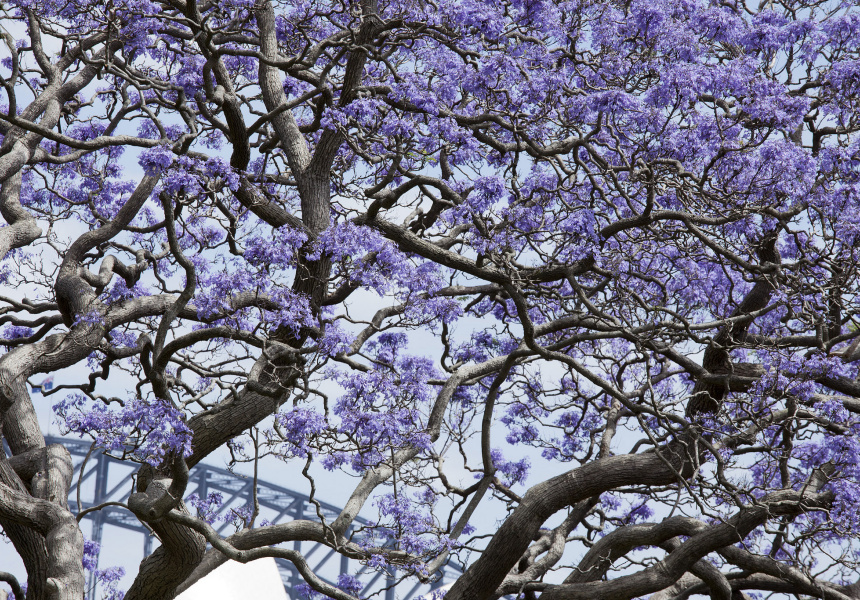 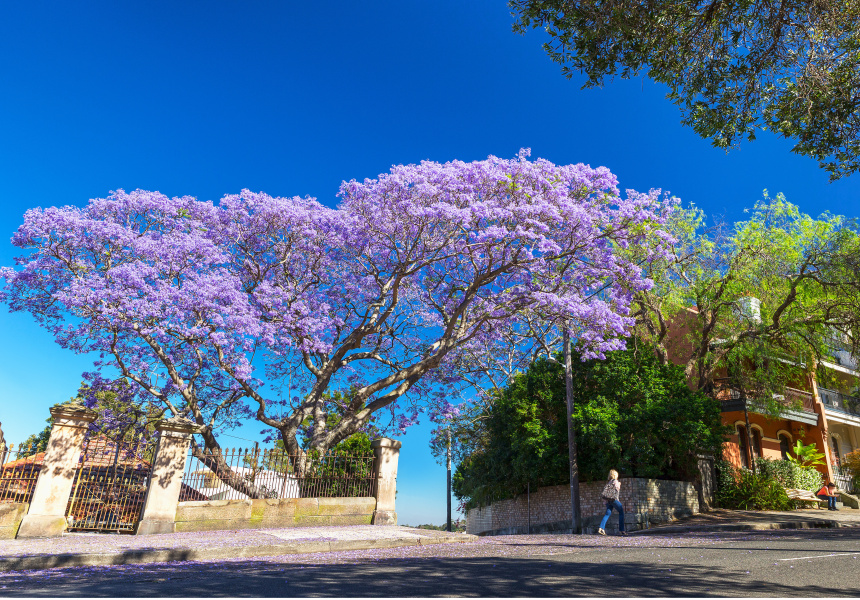 From late October to November each year, Sydney pops with purple when the towering jacaranda trees that line the city’s streets flower.

Peter Butler, senior arborist at Centennial Parklands, says the trees, with their lilac, trumpet-shaped flowers, signify the coming of the warmer months.

“As soon as the jacarandas hit, it’s when spring is in full bloom and summer is on our doorstep. When you’re looking at floods of colour along the street – it’s iconic summer,” he says.

That being said, they are prettier on the branches than underfoot. There aren’t many Sydneysiders who haven’t slipped on a drop of “purple rain”, aka the fallen jacaranda petal.

Contrary to popular belief, jacaranda trees are not native to Australia. The Jacaranda mimosifolia are indigenous to Brazil and arrived in Australia via England in the early 19th century. Jacarandas thrive in sub-tropical climates with high humidity and rainfall, and given the right conditions, seedlings can sprout from fallen flowers and seeds.

“They’re so easy and quick to establish, they do have a “weed” classification [in some areas],” says Butler. “[But] it’s testament to why they’ve grown so well [in Sydney].”

Here’s where to see them around town.

Sydney CBD
The Royal Botanic Gardens is home to the oldest specimen of jacaranda in Australia. According to Butler, it dates back to the 1850s and measures up to 20 metres high (your average suburban jacaranda stands at about 10 metres tall). Find it in the “lower garden” near Farm Cove. About 200 metres away, near the Mare and Foal statue, you’ll also find the less-common white jacaranda tree. In total, there are 16 jacaranda trees that can be found on the gardens’ grounds.

North shore
The jacarandas are in full bloom across Greenwich, Waverton, Longueville, Wollstonecraft and Woolwich. At Lavender Bay, hit up Wendy Whiteley Gardens for views of Sydney Harbour dotted with jacarandas, while over at Kirribilli’s McDougall Street the overhanging lilac flowers turn the suburban stretch into a purple-coloured beacon for snap-happy tourists and locals.

Eastern suburbs
Paddington is where you’ll spot the canopies of purple haze. Along Oxford Street, Glenmore Road and the Five Ways intersection, jacarandas stand side by side with the suburb’s high-end fashion boutiques and restaurants.

It’s a double-purple situation at the heritage-listed Vaucluse House, where the grounds are dotted with flowering jacarandas and low-hanging wisterias.

Inner city
When the original jacaranda tree (planted in 1928) in the University of Sydney’s main quadrangle succumbed to a fungal infection in 2016, many mourned its loss. A genetically identical clone tree was planted on the campus grounds last year, alongside a native flame tree. It’s still a mere seedling and won’t be flowering this season, but head to Physics Road and you’ll spot several fine specimens.

Elsewhere in the inner city, Glebe, Camperdown and Erskineville are prime jacaranda hubs.

South-west
Camden’s Argyle Street is home to 47 jacaranda trees. They are the inspiration for the inaugural Jacaranda Festival that happens on November 22 to 24. It’s a street party with afternoon and night markets, live music and when the sun sets, the trees are lit up.