A City Holding Its Breath: Sydney Captured in the Time of Coronavirus

The city’s never been quieter. Icons such as the Opera House and Luna Park have closed, beaches are empty and the CBD streets no longer buzz with workers. Broadsheet photographers Jiwon Kim and Kitti Gould give us a glimpse of what our beloved city looks like without us. 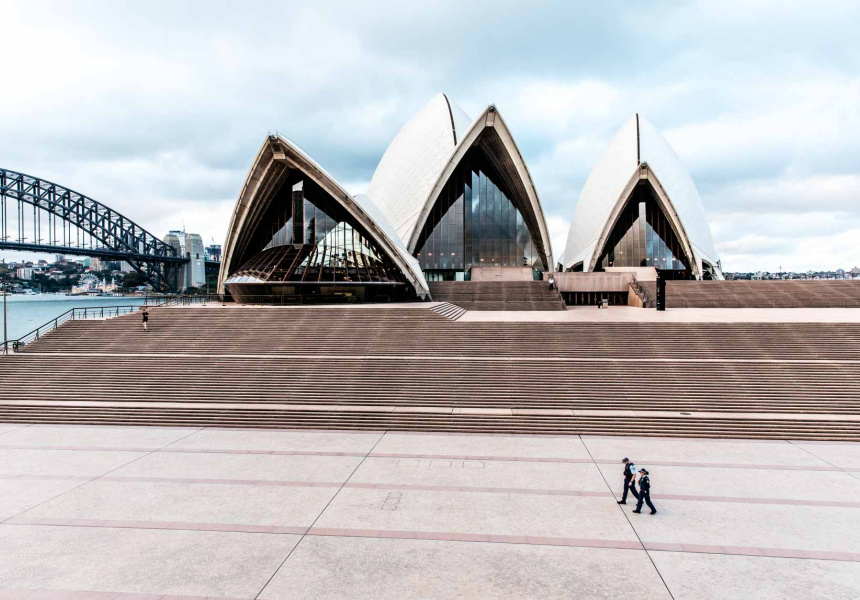 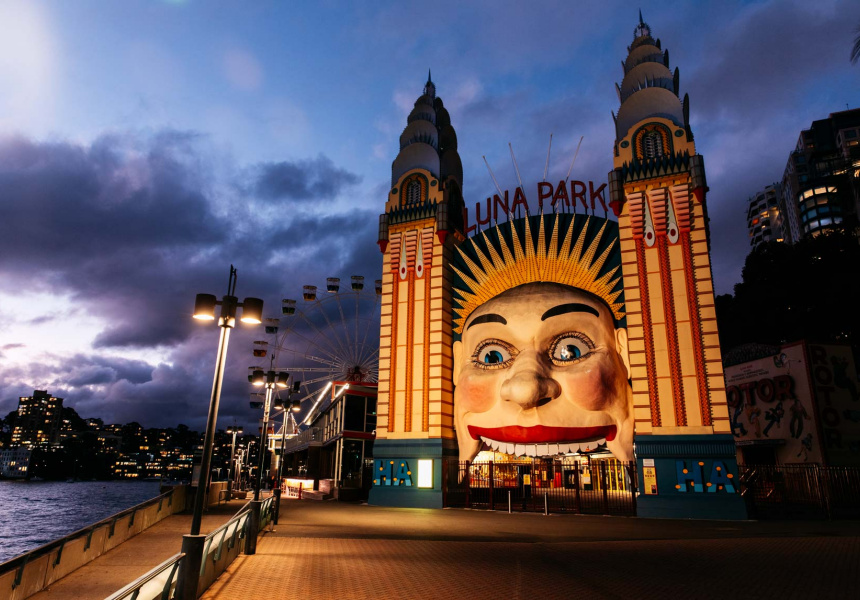 “In 21 days I had only left the house twice. Hopping on the motorbike was a strange sensation, freeing but also like I was about to embark on a Z for Zachariah kind of mission. Visiting Bondi Beach was first up, at sunrise. The beach I love so much and walk the length of every day is barricaded, and the pigeons have taken up residence on the sand.

“I thought Sydney’s famous Opera House steps would still have people milling around, but as it’s a mostly non-residential area they were completely empty, except for one guy who was using them as his personal gym. With police and security patrolling, I guess I looked legitimate with my bike helmet still on and my tripod in-hand as I walked the empty streets of the CBD. One guy exited the MLC basement with a huge pack of toilet paper, a sight I never would have thought I’d find myself writing about on Broadsheet. Beautiful Bennelong restaurant looked like a museum exhibit through the slightly dusty glass. One day soon I can’t wait for the doors of my favourite restaurants to swing open, to be able to hug the chefs, and to cheers to these crazy times with my family and friends. It will truly be worth the wait.”

“A lone seagull struts down George Street, undisturbed by the usual hordes of pedestrians or honking cars. But what is even normal anymore? After the horrific month that was March, we’ve adapted to increasingly disorienting versions of normality. Gaining vocabulary regarding disease transmission, waking up to morning briefings on imperilled livelihoods and lost lives, and becoming slaves to our bandwidths is just the start.

“We’re on the streets of the CBD at 8.30am. It’s a beautifully sunny autumn morning in Sydney, and things are as good as they can get for a Monday really. I’m not even getting jostled as I walk down the street. The ruthless waves of bleary-eyed workers, steeling themselves for another week of work, are noticeably absent. The city’s visible population now consists of construction workers, food-delivery drivers on bikes, police officers and birds.

“The lack of activity creates an illusory sense of peace. There’s a palpable feeling of uneasiness in the air. Every passing person is a possible carrier of contagion, and yet there’s a yearning for connection. The breadth of social isolation guidelines is making even this introvert crave the outdoors. How nice it would be to engage with humans again!

“There’s no need to try and maintain a 1.5-metre distance from others – there aren’t enough people to crowd the sidewalks anyway. It’s not just the restaurants anymore; most of the shops have also shuttered. Barriers prevent us from walking through the upper levels of the QVB. I’ve never had the building to myself. The silence is unsettling. Where lifts are functioning at all, only one person is allowed in at a time. Having walked the length of Pitt Street Mall to Haymarket, then explored Central Park to Redfern, I’ve spotted a grand total of 78 people. During peak times. Over five hours.

“Perhaps most disconcerting of all, there’s no end date to this madness. With jobs on the line, daylight hours shortening, and temperatures dropping, the next few months will be difficult for all. The one thing we can do is to look out for our families and friends, and the businesses we hope will stay afloat. Godspeed everyone. Stay safe.”