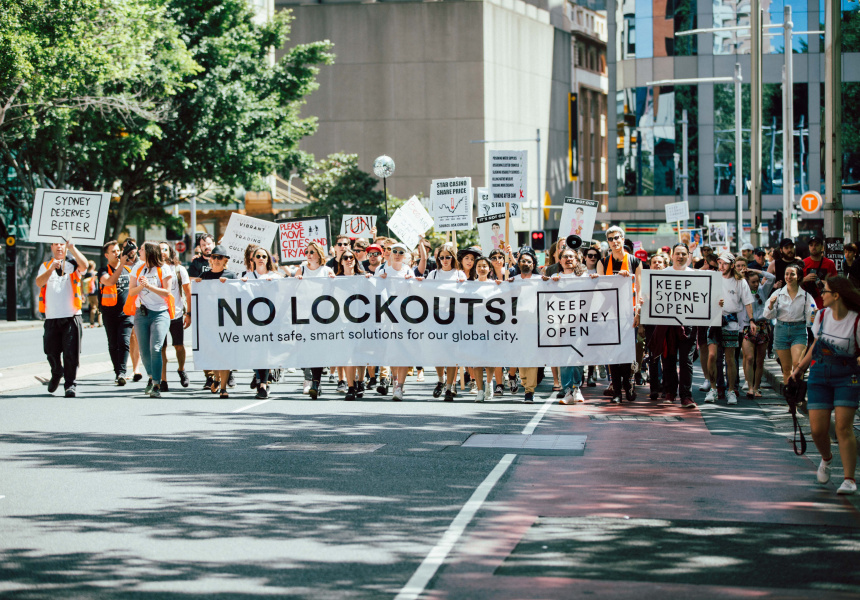 A parliamentary report into Sydney’s controversial lockout laws has recommended they be scrapped across the city centre, but stay in place in Kings Cross.

The committee behind the inquiry recommends scrapping the laws, which were introduced in 2014. They include 1.30am lockouts, the 3am cut-off for service of alcohol and the prohibition of shots after midnight.

But the committee also found the lockout laws have been effective in reducing alcohol-fuelled violence in Kings Cross. It recommends the lockout laws stay in place for that area because it is “not yet sufficiently changed to warrant a complete reversal”.

The report recommends streetscape improvement to make King’s Cross friendlier for pedestrians, improved lighting and signage, and getting rid of black spots with poor visibility before the lockout laws are lifted completely in the area. It also recommends investment in non-alcohol-related late-night activities.

“Increasing the diversity of activities, particularly those not centred around alcohol, can encourage a variety of people to engage with Sydney after dark. In turn, this will support a safe and exciting city.”

It also acknowledged the role of public transport for supporting the night-time economy and keeping revellers safe. “The committee has recommended that costings be performed to determine whether 24-hour rail transport would be feasible on weekends,” the report says.

The report also recommends appointing a coordinator and working group to liaise across police, community representatives, health professionals and business representatives, and acknowledges that throughout the process of implementing the lockout laws “there was not always efficient communication or collaboration between operators to support Sydney in having a safe but vibrant nightlife”.

This report comes weeks after NSW premier Gladys Berejiklian announced she would introduce legislation by the end of the year to repeal the controversial laws. She also said the laws would remain in Kings Cross.

The committee’s report has already been welcomed by hospitality industry players. Justin Hemmes, CEO of the Merivale hospitality group, which operates Totti’s, Bert’s, Palmer & Co and Little Felix, among others, released a statement calling this “an unprecedented opportunity to initiate a rebirth of our inner city and put it back on the international map”.

The Keep Sydney Open Party, which formed as a response to the lockout laws, has responded to the news through its Facebook page, calling the report’s recommendation a major win for Sydney’s night-time economy. The statement adds that the group will continue to push for the revitalisation of Kings Cross.

It has not yet been announced if or when the Berejeklian government will introduce legislation to roll back the laws.