Opinion: The Lockout Laws Are Sucking the Life Out of Sydney, but Scratch a Bit Deeper and You’ll See There’s Something Seriously Wrong With The City

The Keep Sydney Open Party is running for the Upper House in the March 23 NSW election with a plan to make the city more accessible for everyone. 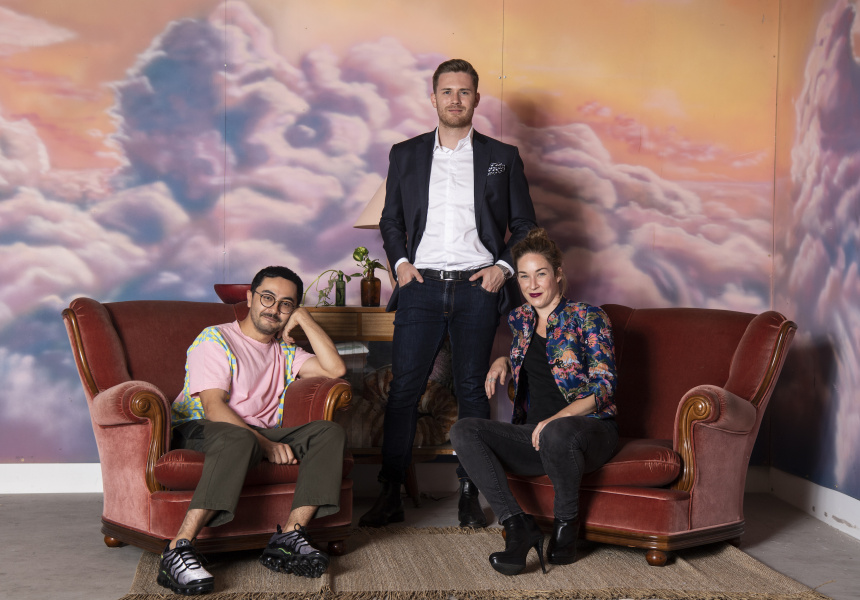 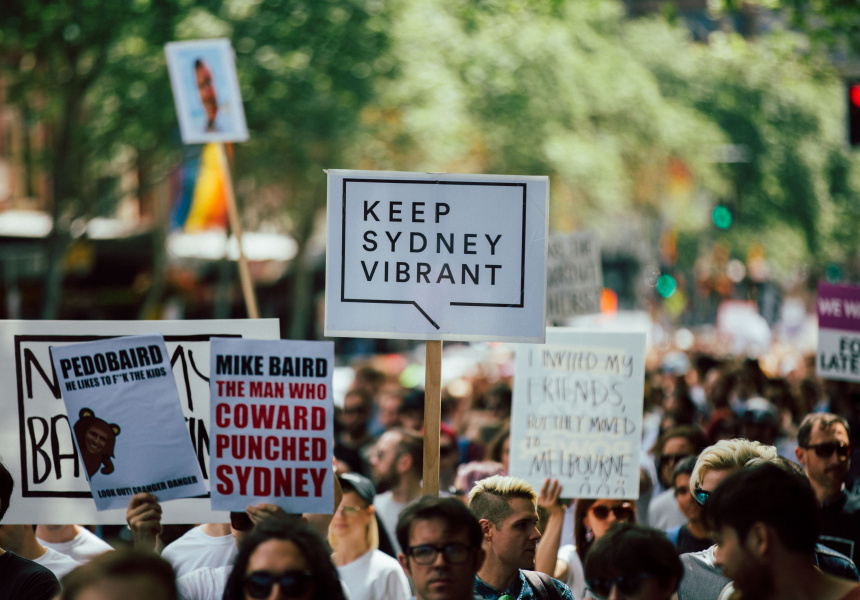 The Keep Sydney Open Party began as a social movement formed in response to Sydney’s lockout laws, but its members say it has evolved to harness the growing disillusionment among NSW voters – particularly young people – at failed government policies, opaque decision-making and a lack of accountability.

Sydney was once a city that didn’t sleep. A buzzing hub of activity on par with (or close to) New York and London, where tourists flocked, small businesses thrived and locals lived their best lives all day and all night. Then, in February 2014, the lockout laws were introduced.

These laws, which were introduced in an attempt to make Sydney safer, forced its nightlife to shut down by 1.30am, leading to an 80 per cent drop in foot traffic in both Kings Cross and along Oxford Street, as well as the closure of 418 licensed venues, radically altering the inner city area forever.

For five years Keep Sydney Open has rallied against these laws and lobbied the government to listen to the community, scrap the lockout laws and make Sydney safer without destroying its nightlife. The government hasn’t listened. In response, Keep Sydney Open has registered as a political party to take our fight to the NSW state election on March 23.

With just a week to go we are ready to fight to revive Sydney’s night-time economy and bring some vibrancy back to NSW, but before we do that we want to outline the other things we’ll do if we get elected.

Sydney’s public transport is cooked
Anyone who has caught a bus in the past year and a half knows our public transport system is well and truly deep-fried. It takes about 40 minutes to catch a bus from Chippendale to Circular Quay – you could order and eat an acai bowl in the same amount of time.

If we want a global city then we need to make sure people can get to where they want to go and get home no matter the time of day or night. This one’s a no-brainer.

Why can't we have 24-hour public transport so people can go out when they want and go home when they need to?

Young people can't afford to do anything
We all know that Sydney, and really all of NSW, is expensive. The average Sydney tenant is spending 29 per cent of their household income on accommodation, pushing them towards the rental stress threshold of 30 per cent. Unfortunately, this means a lot of young people haven't got the funds to experience cultural events such as festivals, concerts and theatre productions. These events are an important part of what makes NSW worth living in.

If elected, Keep Sydney Open would like to introduce a statewide Culture Pass program. It’s already under consideration by Create NSW and is similar to a program in New York City. It would provide young people with annual credit to access cultural events, be it a music festival, a world-class opera or an exhibit at a museum.

Not only will a Culture Pass provide access for young people no matter their socioeconomic background, it will also stimulate the arts and culture sector, which is in desperate need of some love, and that can only be a good thing.

New South Wales has a gambling addiction
There’s something incredibly wrong with a city when the brightest lights and the loudest noises after hours are coming from a casino or a “VIP” room attached to a pub or a club. Worryingly, 18-to-25-year-olds spend more money on the pokies than any other age group.

Pokies might seem like harmless and flashy fun at first, but to some they can be financial black holes that suck in their wallets and destroy their lives. Unfortunately many venues feel they need pokies profits to survive; it’s an incredibly damaging cycle.

There are approximately 95,800 pokies in NSW, a state total beaten only by Nevada, home to Las Vegas.

We need to get serious about tackling gambling addiction and the NSW government’s addiction to the gambling industry. To do this, Keep Sydney Open will remove the tax breaks on pokies profits and redirect revenue to gambling addiction programs to assist those who need help.

We will also provide funding to pokies-dependent venues that want to move away from gambling so they can invest in other forms of entertainment, such as live music, which will diversify their audiences.

Tollroads unfairly disadvantage young people
Congested, polluted and costly toll roads are taking their toll on the environment, our health and our wallets. Despite statistics showing private car ownership is in decline as young people look for alternative, affordable modes of transport, the NSW government continues to invest in the development of new road infrastructure without consideration for more cycle highways.

The latest proposal to rip up the Alexandra Canal Cycleway near Sydney airport is another clip in the private transport arsenal used to attack people who just want to get from point A to B, in their own time, on their own dime.

Poor transport and private interests are holding Sydney back from being a world-class city like Paris, Amsterdam, Copenhagen, London or Melbourne. A more open and transparent approach to transport will mean a better outcome for all.

These are just a few of the goings-on that the major parties would prefer to sweep under the rug this election. Keep Sydney Open is committed to shining a light on these issues and sorting them out if we are elected on March 23.

This opinion piece was co-authored by three of the Keep Sydney Open Party candidates running in the state election. Tyson Koh spearheaded the Keep Sydney Open movement following the introduction of the 2014 lockout laws. Jess Miller served as City of Sydney deputy lord mayor from 2017 to 2018 and is currently deputy chair of the Environment Committee and the Cycling Advisory Committee. And Jesse Matheson is a director of Sydney Gay and Lesbian Mardi Gras and an advocate for LGBTQI+ issues. They’re all under the age of 40.

The NSW election is on Saturday March 23.