Broadsheet doesn’t often publish opinion pieces like this, but we felt, in light of a recent mural defacement, perhaps we should. Sydney’s Andrew Georgiou is a long-time active member of the LGBTQI community. Here he speaks about the saintly George Michael who used to preside over the inner west. 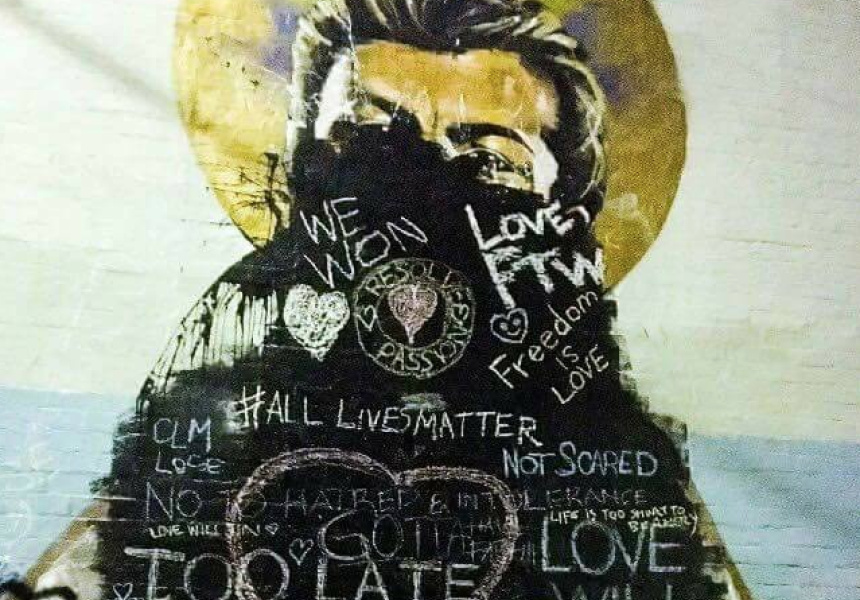 When the late George Michael first released Faith in 1987, he wouldn’t have known just how much of the stuff would be necessary to get through the recent survey on the legality of same-sex marriage.

No doubt the shameful bleep in our history would have outraged him. So too would the defacing of the much-loved Sydney mural in his image.

For 11 months the depiction of St George Michael has graced one side of a terrace in Erskineville, offering comfort to lifelong fans and providing some colour for daily commuters passing by on their way to work. The mural, by artist Scott Marsh, has put Erskineville on the international mural-trail map.

While the Tia Maria flowed freely during the week-long Yes celebrations, Marsh’s artwork was defaced – twice.

The vandalism was praised by members of the Facebook group Christian Lives Matter and Australian Christian Lobby head honcho Lyle Shelton who, on Twitter, applauded the destruction of the work. A thread endorsed Shelton’s comments.

Vandalism happens, we get it. But when it is fuelled by hatred things get ugly and the hurt runs deep.

Public art is often a reflection of our collective expression and take on what’s wrong with society – albeit at the hand of one artist. Thanks to the talent and wit of people like Marsh, once-bland walls become beacons of satirical comment, allowing us to connect on topics that otherwise quickly enter and exit our online feeds and leave little behind.

The night of the initial defacement, a crowd of men and women from the inner west’s LGBTQI community and beyond held an overnight vigil to protect what remained of the mural. And here’s where this story turns 50 shades of fabulous.

Within days of the vandals striking, the community banded together – as it has countless times before – and took back ownership of the wall; the oppressive dark smear was reborn as a blackboard of love.

The blacked-out mural was transformed into an 18-foot shout out to equality, respect, family and camaraderie when rainbow-coloured positivity was lovingly written across the wall.

The spray can may be mightier than the sword, but the love of a resilient community trumps both.

Tonight, under the protection of a blacked-out and reborn St George – patron saint of being woken up before any go-going occurs – Erskineville is covered with love again thanks to a proud minority community that has 61.6 per cent of Australia in their corner. 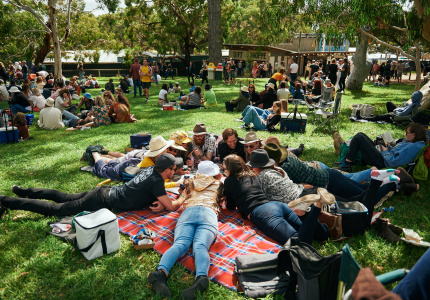