It marks the 44th anniversary of the first Sydney Gay and Lesbian Mardi Gras, as well as signalling a welcome message ahead of World Pride 2023. 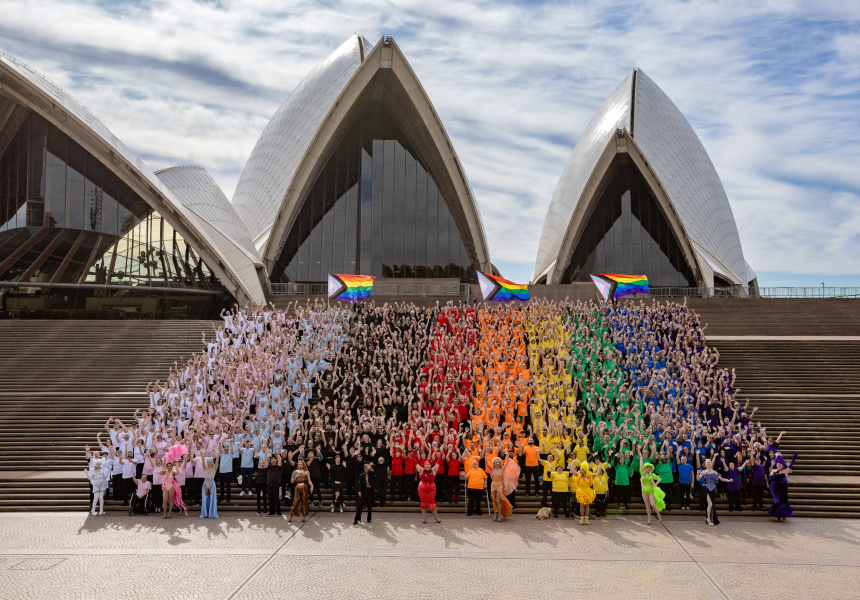 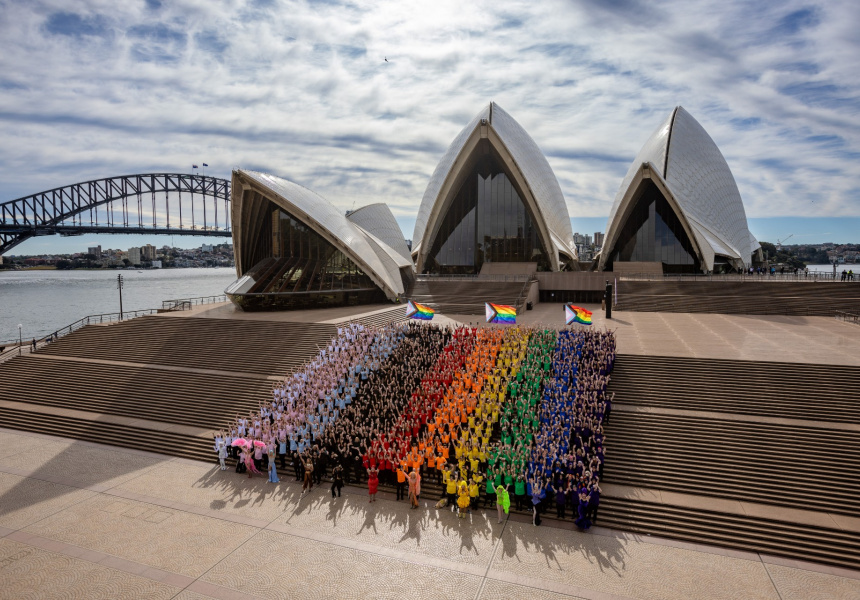 Today, the Sydney Opera House front steps looked a little more colourful as almost 1000 people gathered to form a human Progress Pride Flag in honour of the 44th anniversary of the first Sydney Gay and Lesbian Mardi Gras. It’s also a welcome message ahead of World Pride, which will be hosted by Sydney from February 17 to March 5, 2023.

The Progress Pride Flag was designed to be more inclusive of the breadth of identity in the queer community. American non-binary artist and designer Daniel Quasar designed it in 2018, with black and brown stripes representing people of colour, the baby blue, pink and white of the trans flag, as well as the traditional colours of the rainbow flag.

Sydney World Pride will be a 17-day celebration of Australian LGBTQIA+ people and culture, with more than 300 events across the city – including the Mardi Gras Parade, which returns to Oxford Street for the first time in three years.

World Pride will also include an opening concert hosted by Courtney Act and Casey Donovan; 10 days of market stalls, dining and performances along sections of Crown and Riley streets; a huge beach party in Bondi; a First Nations gala concert; plus a giant street party on the closing weekend.

“In just a few months, Sydney will be transformed as more than 500,000 people come together for the global family reunion LGBTQIA+ people have been waiting for,” said Sydney World Pride chief operating officer Gabriel Pinkstone in a statement. “Sydney World Pride is a party with a purpose, and will celebrate Sydney’s most iconic locations from Bondi Beach to the Sydney Opera House and the Harbour Bridge.”