NSW Police have been successful in their action to block the protest scheduled to take place in the CBD on Saturday. Sydney's Black Lives Matter protesters have been denied the right to demonstrate in Sydney on Saturday June 5. The NSW Supreme Court's Justice Desmond Fagan ruled on the matter after the NSW police asked it to consider its injunction, arguing the demonstration would breach coronavirus public health orders. Fagan found it would be a public safety risk to allow the protest to go ahead.

“I cannot accept that these proposals ... should take the place of the public health order which applies to all citizens,” he said.

The current rules in New South Wales only allow gatherings of 10 people or less. Fagan described the protest as an “unreasonable proposition” given the current social distancing restrictions, according to The Guardian.

“It is self-evident that the social distancing measures adopted to this point have been the key element to stopping the spread of this disease,” says Fagan. “A gathering of 5000 people … is an unreasonable proposition. For these reasons I refuse the application,” according to the Australian Financial Review.

Protesters are scheduled to meet at Sydney's Town Hall at 3pm in support of the Black Lives Matter movement, and against the deaths of Indigenous Australians in custody. The protest was sparked by the killing of George Floyd in the US city of Minneapolis, which has led to Australians looking more closely at the systemic police brutality in our own country. More than 400 Indigenous Australians have died in state custody or at the hands of law enforcement since the 1991 Royal Commission into Aboriginal Deaths in Custody.

NSW Police chief Michael Fuller warned that anyone caught breaching health orders could be arrested or fined at the planned protest if numbers ticked above 500, according to the Sydney Morning Herald. “If hundreds and hundreds of thousands of people turn up, then they're in breach of the health order and, if they haven't complied with the Supreme Court, then obviously all of the police powers available to us can be used,” he said.

Protesters vow to defy the Supreme Court's ruling by marching in the rally, according to reports by SBS. 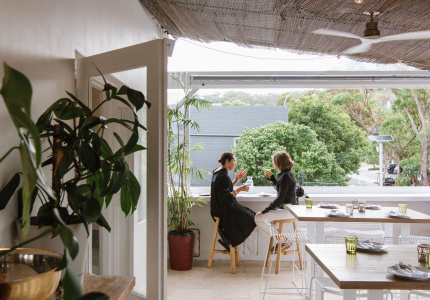