Singing and dancing in hospo venues is paused, non-urgent elective surgery is postponed until mid-February, and positive rapid antigen test results should be reported to NSW Health from next week. 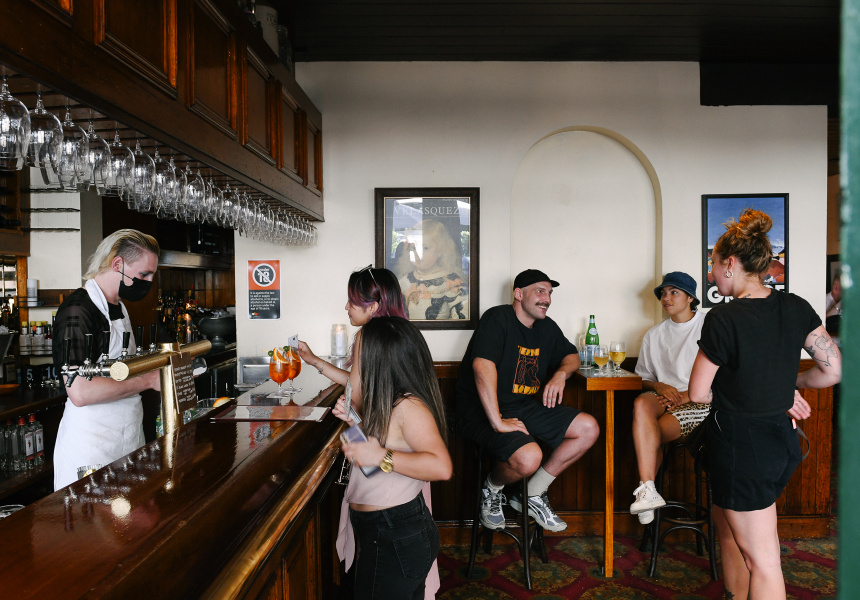 Today, the NSW Government announced it is reintroducing a range of restrictions as the state yet again breaks its case-number records. In the last 24 hours, 38,625 cases were recorded, with 1738 people currently hospitalised with the virus and 11 deaths. The actual number of positive cases is expected to be far higher, as right now there is no system in place to record rapid antigen test results in NSW.

From Monday, anyone testing positive to a rapid antigen test will be required to register their result with NSW Health. The system will be available next week. A positive RAT result should be treated like a positive PCR test, so isolating for seven days until asymptomatic.

“In terms of rapid antigen testing, what we’re saying is if you’re positive with symptoms, then treat yourself as a case,” said NSW chief health officer Kerry Chant. “In this current setting of such high case numbers, if you’ve got symptoms and you got a positive RAT test, then you’re a case.”

Premier Dominic Perrottet said a number of new restrictions would be imposed from now until Thursday January 27.

Singing and dancing is banned in pubs, bars and other hospitality settings once again. Major events will be assessed by NSW Health and postponed if necessary. And non-urgent elective surgery will be paused to ease pressure on the health system.

“There’ll be no singing and dancing in hospitality venues. That does not include weddings or performers or classes that people may be conducting,” said Perrottet. He later added: “Minimise mingling where possible.”

The state government will also move to mandate booster shots for frontline workers, such as teachers, nurses and disability workers. “We will move to boosters being included as part of that fully vaccinated determination,” he said.

Perrottet also stressed the importance of going to get your booster shots. From Monday, children aged between five and 11 will be able to get vaccinated in the state. You can make an appointment from January 10.