The study – which pitted Sydney against 33 global cities – found we’re on the verge of being ranked a “top-tier” city alongside New York and London. But we’re not up to scratch in some key areas. 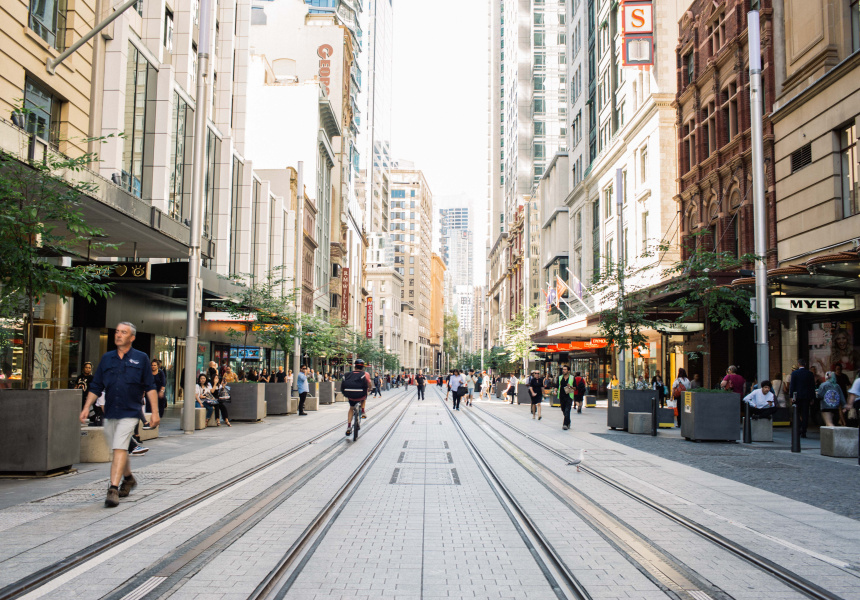 A new study has found Sydney is on the cusp of joining London, New York and Paris as a “top-tier” city, but our public transport and infrastructure are holding us back. The report, compiled by the independent think tank Committee for Sydney, compared the city with 33 other global cities on metrics such as economy, culture, planning and education.

The data has been compiled from more than 600 global studies of cities, which in total encompass more than 50,000 measurements that show the gaps between where a city is and needs to be, and between performance and perception.

Though the report found Sydney is the second-most-admired city in the world (Tokyo is the first), and one of the most popular for international students, it also found it’s not widely considered “fun”. According to the study, Sydney doesn’t have “cultural breadth”, and lacks in quality and quantity of theatres, museums and concert halls.

There’s also a lack of varied and authentic cultural events that “enable visitors to appreciate and experience local heritage and culture”. Sydney’s underachieving night-time economy, largely attributed to its soon-to-be-lifted lockout laws, has also been detrimental to its global reputation.

Another key finding: Sydney is too expensive, even when compared to other elite international cities. The minimum salary to afford an unfinished one-bedroom apartment in Sydney is higher than all other English-speaking peer cities, apart from San Francisco, London, Boston and Washington DC.

Sydney’s lack of action on sustainability is also hurting our global reputation. Our CO2 emissions aren’t going down and we’re not preparing effectively for the impact of climate change. The city is performing badly in terms of adoption of renewable technologies and is too dependent on cars. Sixty-five per cent of Sydneysiders drive a car to work and Sydney spends more on road infrastructure than most comparable cities. Public transport is not up to scratch – it’s infrequent, slow and ranks second-last among its peers for citizen satisfaction. Though there’s substantial investment in it at the moment, our peers are progressing quickly.

On a positive note, Sydney is considered a great place to do business, especially for women. We rank highly in terms of transparency and business freedom, but are still too narrow in our economic narrative, which tends to concentrate on the beach and harbour.

“Our findings show that Sydney remains an extremely attractive place to live and work in, with one of the most sophisticated economies in the Southern Hemisphere, a wonderful quality of life and a global brand that is the envy of most other cities,” CEO of the Committee for Sydney Gabriel Metcalfe said in a statement.

“However, as a city we can’t rest on our laurels. We need to continue the incredible investment being put into our transport infrastructure, we need to put downward pressure on housing costs, and we need to take meaningful action on climate change – fast”.

The Committee for Sydney is comprised of members across a variety of industries, including major companies, universities, not-for-profits, government departments and cultural, sporting and marketing bodies.