The House is a new tradition-defying funeral home. It takes an artistic view of the end of a person’s life. 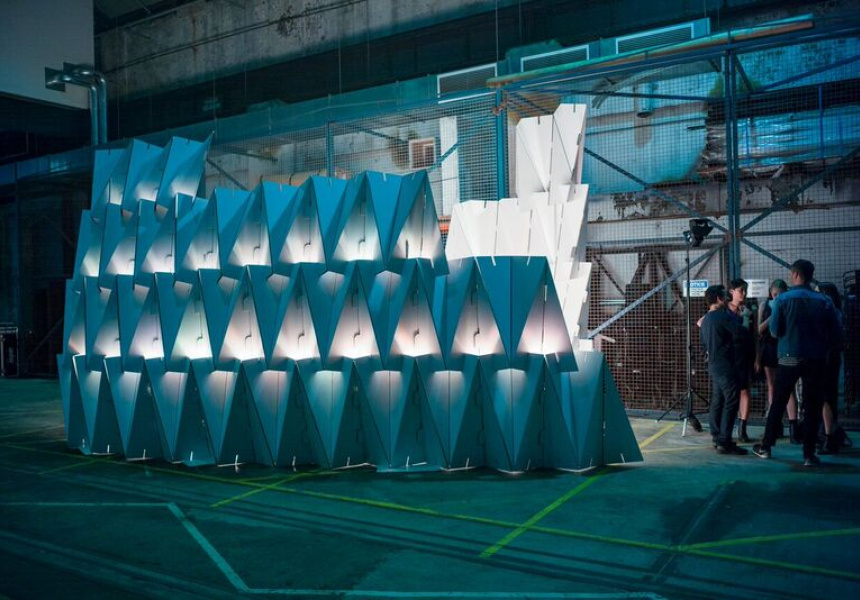 The House, which launched in Sydney in April, wants to break with tradition to make funerals both more meaningful and more modern. Co-founders Kylee Stevens, Morna Seres and Christian Wills share a background in the arts, and view a funeral as the final expression of a person’s individuality.

“We believe time slows down on these days [days funerals are held], and you don’t have to be rushed through a service. We’d rather you walk through the life of a person and experience moments and memories, and share them at different points throughout that service,” says Stevens. She adds that a funeral, “doesn’t necessarily have to follow that prescriptive process that it does today”.

Once freed from tradition, a funeral can take countless forms. “We see the possibilities as being endless,” says Stevens. “That’s the beauty of the arts, and the design and curation process. It allows us to explore difference and individuality more meaningfully.”

A person’s life will provide cues for The House’s curators. “We move through life by sensing it,” says Stevens. “[So] we predominantly work on the sensory levels, calling on the sounds, the tastes, the smells, the visual and verbal descriptors and clues that have surrounded their lives.”

Audio-visual elements can be used during a funeral to tell the narrative of the deceased and their family. Light, sound, imagery and especially music will all play a part. Taking this curatorial approach, a funeral could look a lot like an exhibition. “We look at the pictures of the family and how they choose to be displayed,” she says.

Stevens first conceived the idea of curating funeral services when close family friends lost their mother to cancer in 2013. Stevens’s intimacy with the woman’s grieving family exposed her, for the first time, to the traditions that surround the end of life. “It made me realise that a lot of the decisions they were making around what they wanted for their mother weren’t based on what they wanted. They were based on what was available to them.”

Choice is central to the The House’s offering. This means alternate locations, not just churches and crematoria, can serve as a funeral venue. So far The House has signed on 25 sites around Sydney, including Bangarra Dance Theatre; Hyde Park Barracks; Simmer on the Bay; Vaucluse House; Neilson Park and The Cell Block Theatre – venues similarly interested in the expression of memory. “They believe in our artistic integrity, and that we share the same customer,” says Stevens.

Another venue is Elizabeth Bay House. The iconic colonial residence is a beautiful space, says Stevens. “The lovely vestibule in that building is stunning. The staircase is the perfect setting for a choir and any other sensory element to come into that space.”

The House is also working with artists and designers to further customise funeral venues. The team commissioned artist Benja Harney to create a bespoke paper chapel that can be used to create “a space within a space” at a funeral. “It’s not a literal version of a chapel, it’s a conceptual version of a chapel,” explains Stevens. “It represents a space to place those memories and those thoughts, and to ponder and consider.” The chapel has a modular design – its form and size can be reconfigured for each service.

To satisfy their commitment to sustainability, The House’s founders are working with designers to develop products, including eco-friendly urns and coffins, to help reduce the environmental impact of the funeral process.

The cost of a funeral curated by The House matches the industry average, thanks to what Stevens calls a “realignment” of expenses. “Rather than spending $3500 on a large oak casket, [the price of] one of the more environmentally friendly, biodegradable coffins can be as low as $550,” she says. “That exchange of value is one of the processes we use to keep the cost of funerals down.”